With the Naked Eye is a 1979 album released by Greg Kihn and the first album to be released under The Greg Kihn Band. The album took the band in a new direction, with less acousticly driven songs and a more straight foreward rock sound.

The album features a cover version of the Bruce Springsteen song “Rendezvous” as well as a cover of Jonathan Richman’s “Roadrunner”, whitch became a live stample for The Greg Kihn Band. (by wikipedia)

Greg Kihn about this album:

“The year was 1979, and the Greg Kihn Band had just come off the road after months of European food we went back into the studio to record the follow up album to NEXT OF KIHN. We were in a rockin’ mood and we really wanted the new album to kick ass. If

you’ll remember from our last adventure BRUCE SPRINGSTEEN had been to see the band at the Roxy just 6 months before and he liked our version of FOR YOU so much that he gave me another song- RENDESVOUS, which was an outtake from his BORN TO RUN album. Bruce sent me a cassette (I wish I still had it!) of the song and I tried to figure out the lyrics from the tape. However, Bruce is not known for his diction and I there is a line in the bridge which I swear sounded like “We desire so much more than squirrels.” I knew there weren’t any squirrels in the song. I asked Bruce backstage at the Berkeley Community Theater a few months later and he gave the real lyrics which were “We desire so much more than this, girl.” What a revelation! RENDESVOUS became the centerpiece of the album and I still perform to this day (although the high notes nearly kill me!) I played my Rickenbacker 12-string electric and gave it the old “Byrds” sound. There is a song on the album called IN THE NAKED EYE, which somehow inspired the album title too, breaking away from the “Kihn” titles at least for a little while. The re-release of this album is a favorite of mine because it has a couple of my favorite compositions on it like MOULIN ROUGE and BESIDE MYSELF. Also, this marks the first time drummer Larry Lynch sang on record while his version of Jackie Wilson’s classic HIGHER AND HIGHER. The version of ROAD RUNNER on this album was actually recorded at a sound check at the Keystone Berkley for a live album that never came out. KENNY LAGUNA helped produce. This is a must-have for all GKB fans and marks a milestone on my career. I hope you like it as much as I still do.”

Hey, boys and girls … this is the perfect power pop/rock ! 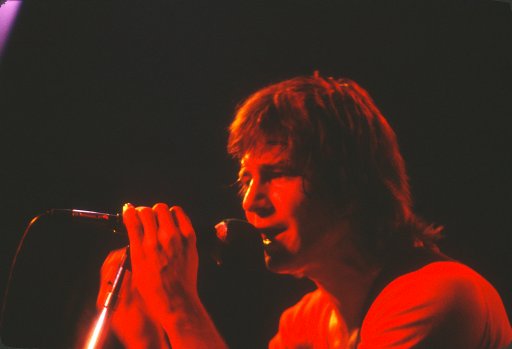