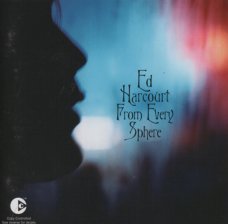 Ed Harcourt (born 14 August 1977) is an English singer-songwriter. To date, he has released six studio albums, two EPs, and thirteen singles. His debut album, Here Be Monsters, was nominated for the 2001 Mercury Prize. Since 2007 he has been writing for other artists, including Sophie Ellis-Bextor, Paloma Faith and performed with Marianne Faithfull and the Libertines. His music is influenced by Tom Waits, Nick Cave, and Jeff Buckley, among others.

From Every Sphere is the second album by British singer-songwriter Ed Harcourt, released in 2003. Heavenly Records labelmate Jimi Goodwin of Doves plays tambourine on the first single “All of Your Days Will Be Blessed.” (by wikipedia)

On his stylish and refined sophomore album From Every Sphere, Ed Harcourt waives the murky soundscapes that overshadowed his 2001 Mercury Music Prize-nominated album Here Be Monsters, for a stripped-down, intimate effort. Instead of fighting adolescence’s last days and ignoring adulthood like he did on his first album, Harcourt embraces the fact that he’s growing up. Only 25, he’s a touch wiser and enjoys his newfound confidence as an individual and as an artist. From Every Sphere, which was initially planned to be a conceptual double album entitled The Ghost Parade, is heavy in spirit while Harcourt relishes in his personal and professional growth. The Bono-like inflections and the quasi-Nick Cave growl are relieved by an inquisitive croon and Tchad Blake’s basic approach from the production seat gives From Every Sphere the time and space to simply arrive. 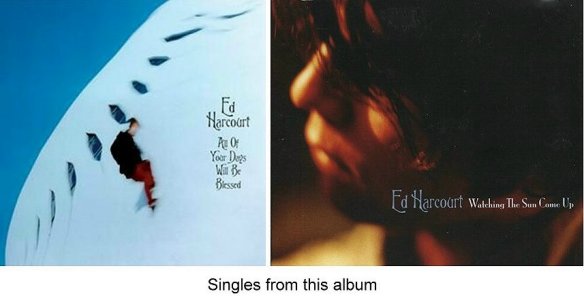 The swanky power pop number “Watching the Sun Come Up” is soaking in space rock threads and a polished brass section, while pianos slowly take shape in the beautiful paranoia of “The Birds Will Sing for Us” and the heart-rending “Bleed a River Deep.” When “Ghostwriter” saunters in with its sexy wannabe Tom Waits impression and jazzy abstracts, From Every Sphere doesn’t lose ground. Harcourt experiments in more ways than one on this album, never overindulgent in the process. He works with what he knows from personal experience without being redundant and in today’s business you have to have beaucoup talent to pull that off. From Every Sphere affirms Ed Harcourt’s potential. (by MacKenzie Wilson)