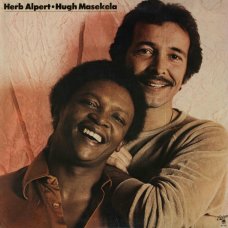 Herb Alpert / Hugh Masekela is collaborative studio album by Herb Alpert and Hugh Masekela. It was recorded in Hollywood, California and released in 1978 via A&M Records and Horizon Records labels.

A mustachioed Herb Alpert breaks out of his ’70s blue funk to fuse himself with fellow horn player Hugh Masekela and producer/pianist Caiphus Semenya in a magnificent LP of South African/American pop/jazz. From the joyous opening strains of the South African oldie “Skokiaan,” to the haunting groove of “Moonza,” Alpert wholeheartedly melts into Masekela’s distinctive idiom, his trumpet a relaxed foil for the South African exile’s blazing flügelhorn. But Masekela can also lean the other way, joining Alpert in TJB-like dual harmony on “Ring Bell.” The band is mostly a coterie of L.A. sessionmen, but they can swing along to the township jive pretty well, and they have some excellent musical material (mostly by Semenya) to work with. Alpert sounds like he’s having more fun making music than he has in a long time. (by Richard S. Ginell)

I got this album on vinyl when it first came out in the late 1970s, but lost my copy (along with the equipment needed to play it) in the flooding from Hurricane Katrina. I was reminded of how much I missed it when I heard on the radio a few minutes ago a version of one of the songs from it (“Skokiaan”) by local (New Orleans) trumpeter Kermit Ruffins. Ruffins is a great guy and a capable player, but his “Skokiaan” can’t hold a candle to the version done all those years ago by Alpert and Masekela.

At the time I first heard this album, I was the music editor of an Atlanta publication called “Creative Loafing.” In that capacity, I received dozens of free review copies of records and the opportunity to go out practically every night for club and concert performances, at no cost to me. Naturally, after a while I became as jaded about music as a prostitute probably does about sex. It took a lot to get me enthused about a record or a performance. 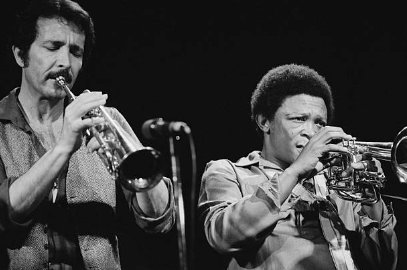 In that context, “Herb Alpert/Hugh Masekela” managed to get my attention and win my affection with its irresistibly infectious combination of sunny melodies and African rhythms. Not quite jazz, but not fitting neatly into any other musical pigeonhole, either, this music has the power to transport the listener to an African savannah on a cloudless day, there to watch water buffalo leisurely enjoying a watering hole while gazelles cavort nearby. There’s a purity and simplicity about tunes like “Ring Bell,” “Happy Hanna,” and “African Summer” that makes them timeless, and they’re played with an apparently effortless ease. American Alpert and South African partner Masekela (along with their stellar bandmates) simply sound as if they were born to make music together. They sound as if they were born to make THIS music together.

In a nutshell, the music on this record is a perfect respite from a world rife with economic distress and cynical political wrangling. The world truly NEEDS this kind of music right now, but no one’s playing stuff quite like this these days. That’s why it’s criminal that this record is out of print, and used CD copies start at $78.00. (Walter Bonam) 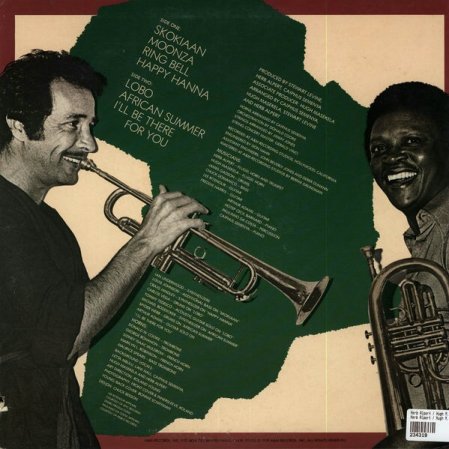 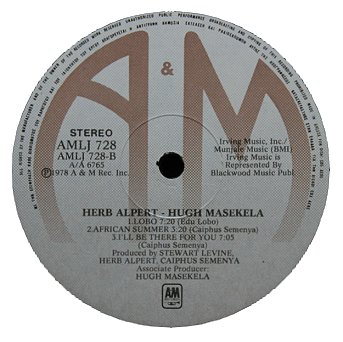