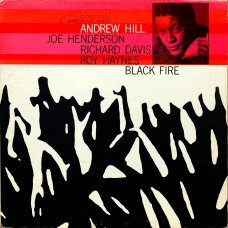 Black Fire, Andrew Hill’s debut record for Blue Note, was an impressive statement of purpose that retains much of its power decades after its initial release. Hill’s music is quite original, building from a hard bop foundation and moving into uncharted harmonic and rhythmic territory. His compositions and technique take chances; he often sounds restless, searching relentlessly for provocative voicings, rhythms, and phrases. Black Fire borrows from the avant-garde, but it’s not part of it — the structures remain quite similar to bop, and there are distinct melodies. Nevertheless, Hill and his band — comprised of tenor saxophonist Joe Henderson, bassist Richard Davis, and drummer Roy Haynes — are not content with the limitations of hard bop. Much of the music is informed by implied Afro-Cuban rhythms and modal harmonics, resulting in continually challenging and very rewarding music. Hill’s complex chording is thoroughly impressive, and Henderson’s bold solos are more adventurous than his previous bop outings would have suggested. Their expertise, along with the nimble, unpredictable rhythm section, help make Black Fire a modern jazz classic. (by Stephen Thomas Erlewine) 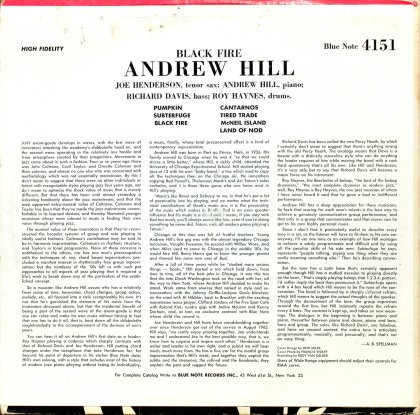 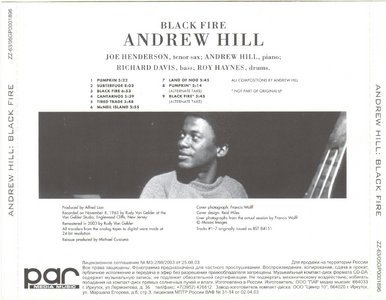 All tracks written by Andrew Hill