Van ‘t Hof was born in Enschede, Overijssel, Netherlands, and began studying piano at the age of five. He was playing in jazz bands in school, and by the age of 19 was playing at jazz festivals with drummer Pierre Courbois. In 1969, he became member of Courbois’ early European jazz rock group Association P.C. (together with German guitarist Toto Blanke.) In the project Piano Conclave he played with such piano giants as George Gruntz, Joachim Kühn, Wolfgang Dauner and Keith Jarrett.

In 1974, he founded Pork Pie and teamed up with Philip Catherine (guitar,) Charlie Mariano (saxophone,) Aldo Romano (drums,) and Jean-François Jenny Clark (bass.) Other bands that he contributed to soon followed, including Eyeball which included saxophonist Bob Malach and the late violinist Zbigniew Seifert. He had two bands; Face To Face which is composed of the Danishbassist Bo Stief and the saxophonist Ernie Watts and his crossover combo Pili Pili featuring, among others, African singer Angelique Kidjo.

Van’t Hof is one of the most active jazz musicians on the European scene. During the course of his career, he has been at the keyboard for Archie Shepp and many others, although he is best known for his exceptional solo piano playing. (by John Kelman) 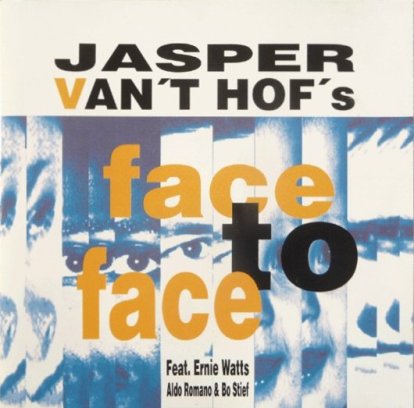