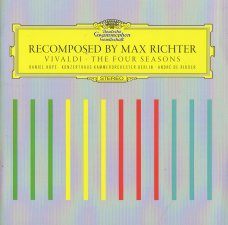 It starts with a shimmer of something strange and soft, an ambient mist of strings that’s both electronic and acoustic. Then something weird happens. Out of these shifting sonic tides comes an ensemble of violins – playing fragments of the world’s most overfamiliar concerto, the soundtrack to 1,000 adverts, an on-hold phone favourite that features on every classical compilation ever. Yes, it’s Vivaldi’s Four Seasons – but not as we know it.

This is Vivaldi Recomposed, by genre-hopping, new-music maestro Max Richter. So the big, clanging question is: why? Why retouch, rework, and reimagine Vivaldi’s evergreen pictorial masterpiece? “The Four Seasons is something we all carry around with us,” says Richter, a German-born British composer. “It’s just everywhere. In a way, we stop being able to hear it. So this project is about reclaiming this music for me personally, by getting inside it and rediscovering it for myself – and taking a new path through a well-known landscape.” 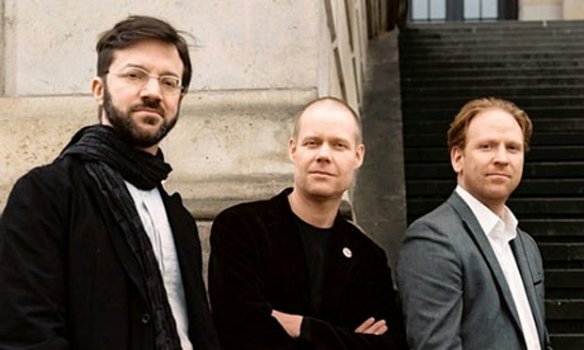 This involved “throwing molecules of the original Vivaldi into a test tube with a bunch of other things, and waiting for an explosion”. You can hear this chemical reaction particularly well at the opening of Richter’s reworked Summer concerto, which has become a weird collision of Arvo Pärt-likemelancholy in the solo violin and a minimalist workout for the rest of the strings. “There are times I depart completely from the original, yes, but there are moments when it pokes through. I was pleased to discover that Vivaldi’s music is very modular. It’s pattern music, in a way, so there’s a connection with the whole post-minimalist aesthetic I’m part of.”

Part of the fun of the album is that your ears play tricks with your memory of the original: these familiar melodies do unexpected things, resulting in an experience that’s both disturbing yet full of strange delights. And imagine how it felt for Recomposed’s solo violinist Daniel Hope: having played the original for decades, he – and more importantly his fingers – faced a surreal task when he first picked his way through Richter’s score. 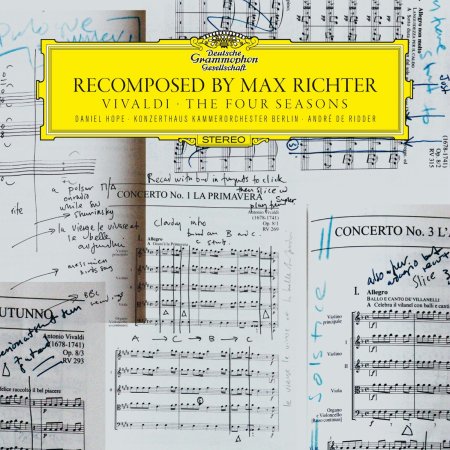 “It was incredibly thought-provoking,” he says. “I had to deal with all the curveballs Max throws at you, the way he does things you don’t expect.” The experience clearly messed with Hope’s mind. “What really threw me was the first movement of Autumn. He pulls the rhythm around, starts dropping quavers here and there. You end up with a rickety and slightly one-legged Vivaldi. It’s incredibly funny. But even in poking fun at the original, there’s always enormous respect.”

The slow movement of Winter is another standout moment for Hope. “It’s really out of this world,” he says. “It’s as if an alien has picked it up and pulled it through a time warp. It’s really eerie: Max has kept Vivaldi’s melody, but it’s pulled apart by the ethereal harmonics underneath it.”

Can it all work beyond the recording studio? Audiences at the Barbican in London will find out later this month, when Vivaldi Recomposed is given its debut performance, with Hope backed by the Britten Sinfonia under the baton of André de Ridder. If the work sends listeners back to the original with new ears, that’s all part of the point, says Richter. “The original Four Seasons is a phenomenally innovative and creative piece of work. It’s so dynamic, so full of amazing images. And it feels very contemporary. It’s almost a kind of jump-cut aesthetic – all those extreme leaps between different kinds of material. Hats off to him. That’s what I’m really pleased with: my aim was to fall in love with the original again – and I have.”