Thanks to hits such as Centrefold and Freeze Frame and music videos and MTV, younger listeners will remember the J Geils Band as a ’80s pop-rock group. But back in the ’70s, they were a tight R&B outfit whom the Allman Brothers Band considered their favourite local band.

In 1972, the J Geils Band released Live Full House, recorded at the Cinderella Ballroom in Detroit on April 21-22, 1972. One fan noted: “When I was growing up the original Full House was a huge album in Detroit. This was when J Geils were a great R&B band before the MTV hits.”

Thirty-seven years later, the J Geils Band have lost none of their power and excitement and here is a recreated 2009 version of Full House from uncirculated soundboards. And a boogie good time to be had by all.

Thanks To Evil Dr. Louie for sharing the tracks. 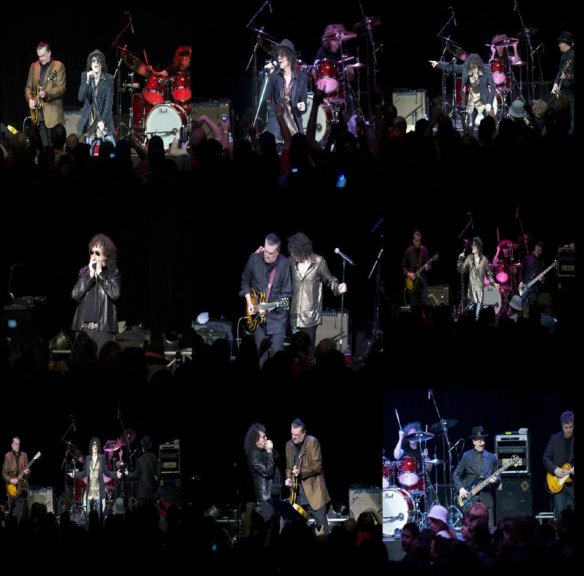 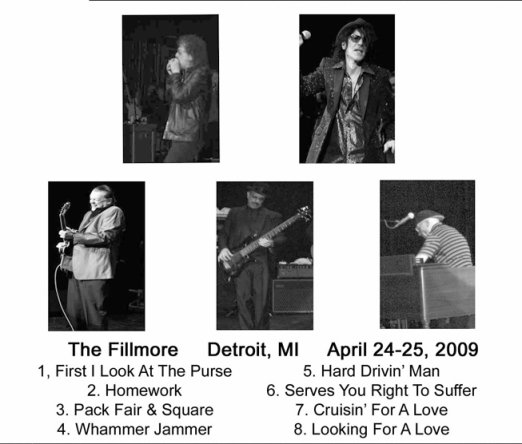 (*) Pseudonym used by The J. Geils Band for group compositions

Blow Your Face Out is the eighth album (and second live album) by American rock band The J. Geils Band, released in 1976.

The album was recorded at two concerts held in November 1975. The first show was at the Boston Garden in the band’s hometown (Boston, Massachusetts) on November 15th, and recorded by Record Plant East Remote with David Hewitt. The second was recorded by Metro Audio Detroit four nights later at Cobo Hall in Detroit, Michigan, where the band’s other two live albums “Live” Full House (1972) and Showtime! (1982) were also recorded. (by wikipedia)

Double-album live sets came into vogue in 1976 after Peter Frampton’s sales went through the roof for A&M, Bob Seger found fame with Live Bullet on Capitol, and the J. Geils Band released its second in-concert document in four years, Blow Your Face Out. There is great power in these grooves recorded over two nights, November 15 and November 19, at the now deconstructed Boston Garden and in Detroit at Cobo Hall.

Here’s the beautiful dilemma with the Geils band: Live: Full House, recorded in Detroit in April of 1972, contains five songs that became J. Geils standards, and none of them overlap on the 1982 EMI single live disc, Showtime, chock-full of their latter-day classics. Can you believe there is absolutely no overlap from the first or third live album on this double disc, which came in between (except for “Looking for a Love,” uncredited, which they slip into the intro of “Houseparty” on side two)? The Rhino CD contains Jeff Tamarkin’s liner notes, while the original Atlantic album has an exquisite gatefold chock-full of photos, and inner sleeves with priceless band memo stuff à la Grand Funk’s Live Album. Sides one and two are great, and three and four are even better. “Detroit Breakdown” rocks and grooves, with tons of audience applause…Wolfy and the polished authority of his monologues are in command as the band oozes into “Chimes” from 1973’s Ladies Invited. About three and a half minutes longer than the five-minute original, it is one of many highlights on this revealing pair of discs. A precursor to 1977’s title track, “Monkey Island,” “Chimes” gives this enigmatic 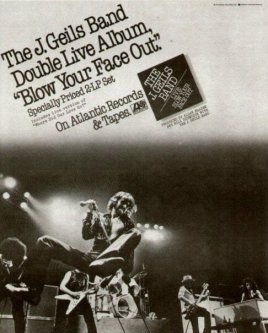 band a chance to jam out slowly and lovingly over its groove. There is so much to this album: the Janis Joplin standard “Raise Your Hand” written by Eddie Floyd, Albert Collins’ “Sno-Cone” from their first album, and “Truck Drivin’ Man” beating Bachman-Turner Overdrive to the punch. B.B. King producer Bill Szymczyk does a masterful job bringing it all together, and the band photos on back look…roguish. “Must of Got Lost,” “Where Did Our Love Go,” and “Give It to Me” are here in all their glory, a different glory than the studio versions, on an album that should have done for Geils what Live Bullet and Frampton Comes Alive did for their respective artists. If only a legitimate release of their 1999 tour would be issued to stand next to this monster — during that tour they combined the best elements of all three of their previous live discs. The J. Geils Band is more important and influential than the boys have been given credit for. It will be the live documents that ensure they eventually get their due, and Blow Your Face Out is a very worthy component that can still frazzle speakers. (by Joe Viglione)

A hell of a record … one of the finest live-albums ever ! 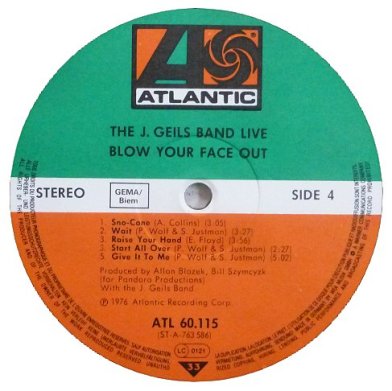 The Morning After is a near perfect follow-up to the J. Geils Band’s self-titled debut album. It’s more of the same winning blend of rocked-out blues, jumped-up soul, and pure rock & roll wildness with enough attitude and energy to get a club full of people from zero to sweaty in less than 60 seconds.

Featuring the original versions of songs that became radio staples in their live incarnations (“Looking for a Love,” the Magic Dick showcase “Whammer Jammer”), a batch of covers of rare soul gems (“So Sharp,” Don Covay’s “The Usual Place,” the aforementioned “Looking for a Love”), and some fine originals (the rip-roaring opener “I Don’t Need You No More,” the very funky “Gotta Have Your Love,” and the heart-rending ballad “Cry One More Time,” which was covered memorably by Gram Parsons on G.P.),

The Morning After is definite proof that the J. Geils Band were well on their way to becoming one of the best rock & roll bands of any era. (by Tim Sendra)

And I forgot how fucking good this album is ! 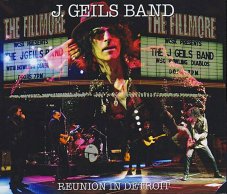 Guitarist J Geils, born John Warren Geils Jr., has died on April 11, 2017. He was 71. WCVB-TV Boston reported that Geils was found dead in his Groton, Massachusetts, home. He had lived in the town for 35 years. According to the Boston Globe, Groton Police Chief Donald Palma wrote in an email to the paper: “He has passed.” Cause of death has not been established. Geils formed The J Geils Band in 1967. They had 15 charting albums on the Billboard 200, including Freeze-Frame, which spent four weeks atop the list in 1982 and finished at No. 5 on Billboard’s year-end Top Pop Albums chart (while “Centerfold” was the year’s No. 5 Top Pop Single). In 2012, The J. Geils Band toured without Geils’ involvement, leading the founding guitarist to file an unsuccessful lawsuit against group members Richard Salwitz, Danny Klein, Peter Wolf and Seth Justman over use of the band’s name for a tour without him. Geils left the band permanently following this incident. (by Billboard)

.And here´s my tribute to J.Geils
Such was their fanbase in Detroit that tickets for the shows were sold out in 15 minutes. While the J Geils Band might be Boston-based, Detroit is seen by (Detroit) fans as a home away from home. After all, they recorded the Full House live album in the Motor City, as well as Blow Your Face Out and Showtime. And don’t forget their reunion show on New Year’s Eve 1999.

As one fan said: “This show ROCKS!” 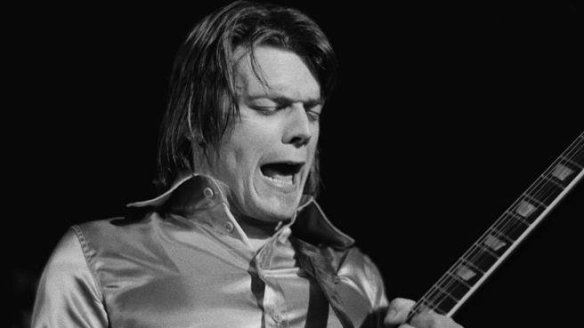