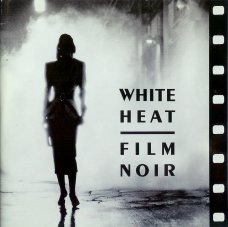 At times, the heavily arranged performances of the Jazz at the Movies Band ended up being pleasant, if unremarkable, background music. But the outfit could also be intriguing, and 1994’s White Heat: Film Noir is arguably their best release. This CD isn’t perfect; talented jazzmen like pianist Bill Cunliffe and saxophonist Gary Foster don’t have enough room to stretch out and improvise. Nonetheless, anyone who is a fan of ’40s and ’50s film noir will find a lot to admire about this disc, which contains slightly Ellingtonian arrangements of the themes from black-and-white classics like Laura, The Postman Always Rings Twice, White Heat, and Key Largo. All of these movies are definitive examples of film noir, a genre that got its name from French film critics. Noir is the French word for night, and that wave of ’40s and ’50s crime thrillers did, in fact, have a dark, shadowy quality — they were cynical movies that painted a not-so-rosy picture of what some people regard as the “good old days.” In the 21st century, the ’40s and ’50s are often depicted as a simpler, more innocent time, but 1944’s disturbing Double Indemnity — one of the film noir gems that this CD acknowledges — demonstrates that the “good old days” weren’t always so innocent. And it’s important to note that ’40s and ’50s film noir was a major influence on directors Martin Scorsese and Quentin Tarantino, both of whom are masters of more modern film noir. One questionable choice for this disc is David Raksin’s theme from The Bad and the Beautiful; that 1952 classic, which starred Kirk Douglas as a controversial Hollywood director, isn’t really film noir. Nonetheless, the Jazz at the Movies Band offer a tasteful arrangement of Raksin’s charming melody. Despite its imperfections and shortcomings, White Heat: Film Noir is an interesting celebration of film noir’s golden era. (by Alex Henderson)

Yes, indeed … a really fine album … and I will hear it again on December 31, very late in the evening … 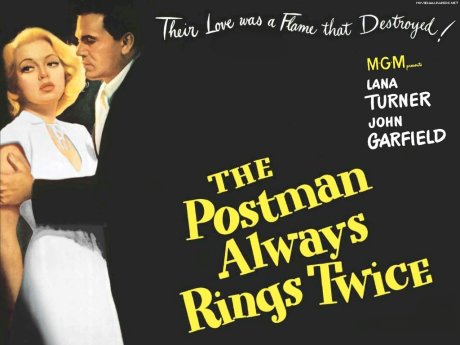 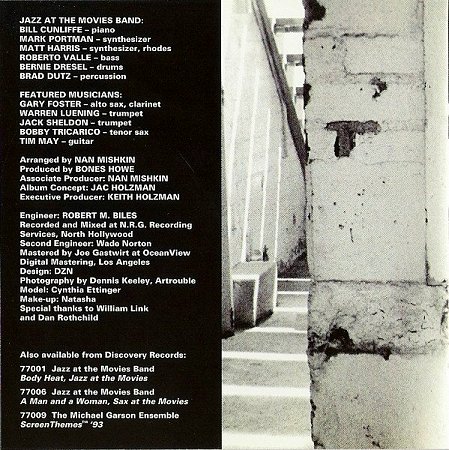 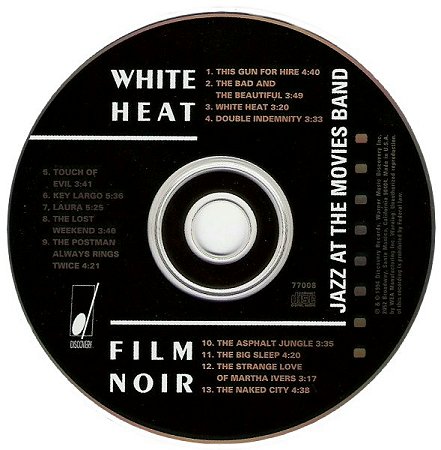