Jesus Christ Superstar is a 1970 rock opera by Andrew Lloyd Webber and Tim Rice. The album musical is a musical dramatisation of the last week of the life of Jesus Christ, beginning with his entry into Jerusalem and ending with the Crucifixion. It was originally banned by the BBC on grounds of being “sacrilegious.”

The album’s story is based in large part on the Synoptic Gospels and Fulton J. Sheen’s Life of Christ, which compares and calibrates all four Gospels. However, greater emphasis is placed on the interpersonal relationships of the major characters, in particular, Jesus, Judas and Mary Magdalene, relationships that are not described in depth in the Gospels.
Lyricist Rice said he took inspiration from the Bob Dylan song “With God on Our Side”.
“Herod’s Song” is a lyrical rewrite of “Try It and See”, previously written by Lloyd Webber and Rice as a proposed British entry into the 1969 Eurovision Song Contest to be sung by Lulu, then recorded and released as a single by Rita Pavone. The writers had also included it (as “Those Saladin Days”) in an aborted show called Come Back Richard Your Country Needs You.
The melody of “I Don’t Know How to Love Him” also predates Jesus Christ Superstar; it was rewritten from a 1968 Lloyd Webber/Rice collaboration titled “Kansas Morning”.Recording

For the recording, Lloyd Webber and Rice drew personnel from both musical theatre (Murray Head had just left the West End production of Hair) and the British rock scene (Ian Gillan had only recently become the singer of Deep Purple). Many of the primary musicians — guitarists Neil Hubbard and Henry McCullough, bassist Alan Spenner, and drummer Bruce Rowland — came from Joe Cocker’s backing group The Grease Band. Saxophonist Chris Mercer had also played with Hubbard in Juicy Lucy.Release
The first piece of Superstar released was the title song, as a single in November 1969 backed with the instrumental “John Nineteen Forty-One.” The full album followed almost a year later. 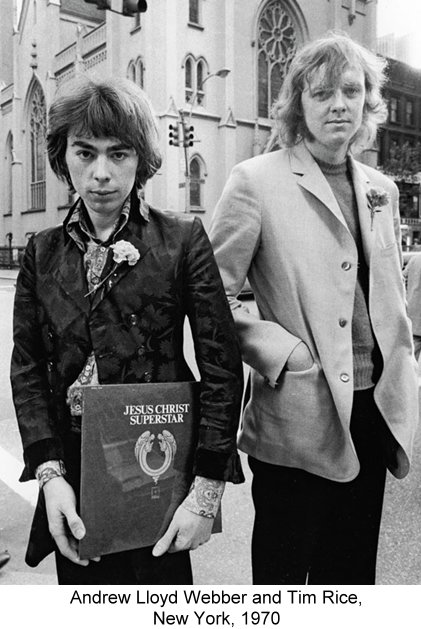 The album topped the U.S. Billboard Pop Albums in both February and May 1971 and ranked number one in the year-end chart ahead of Carole King’s massive hit Tapestry. It also served as a launching pad for numerous stage productions on Broadway and in the West End. The original 1970 boxed-set issue of this 2-record set was packaged in the U.S. with a special thin brown cardboard outer box which contained the 2 vinyl records and a 28-page libretto. The album was listed as the top-selling LP on the U.S. Billboard Pop chart of 1971. It is also the sixth most successful album of all time in Norway, peaking at No. 3 and staying on the charts for 87 weeks. (by wikipedia)

Jesus Christ Superstar started life as a most improbable concept album from an equally unlikely label, Decca Records, which had not, until then, been widely known for groundbreaking musical efforts. It was all devised by then 21-year-old composer Andrew Lloyd Webber and 25-year-old lyricist Tim Rice. Jesus Christ Superstar had been conceived as a stage work, but lacking the funds to get it produced, the two collaborators instead decided to use an album as the vehicle for introducing the piece, a fairly radical rock/theater hybrid about the final days in the life of Jesus as seen from the point of view of Judas. If its content seemed daring (and perhaps downright sacrilegious), the work, a “sung-through” musical echoing operatic and oratorio traditions, was structurally perfect

for an album; just as remarkable as its subject matter was the fact that its musical language was full-blown rock music. There was at the time an American-spawned hit theater piece called Hair that utilized elements of rock music, but it wasn’t as unified a work as Webber and Rice’s creation, and it was less built on rock music than on pop music that referred to rock; Webber and Rice’s work presented a far sharper, bolder musical edge and pushed it much further and harder than Hair ever did. Serving as their own producers, the two creators got together more than 60 top-flight singers and musicians (including Chris Spedding, John Gustafson, Mike Vickers, P.P. Arnold, and members of Joe Cocker’s Grease Band, not to mention Murray Head, Ian Gillan, and Yvonne Elliman in key singing roles), and managed to pull the whole production together into a more than coherent whole that contained a pair of hit singles (the title track and “I Don’t Know How to Love Him”) to help drive AM radio exposure. What’s more, the whole album sounded like the real article as far as its rock music credibility was concerned — it was played good and hard for a studio creation. Released in America by Decca as a handsomely decorated double-LP set complete with illustrated libretto, Jesus Christ Superstar seemed to pick up where the Who’s Tommy (also a Decca release) and Hair had left off, and audiences from across the age and cultural spectrum responded. Teenagers who didn’t know from Jesus, opera, or oratorios liked the beat, the hard rock sounds, and the singing and bought the album, as did parents who felt that the record offered a chance to understand some aspects of this youth culture around them, and especially its music — and so did some more forward-thinking clergy and theologians, who saw any opportunity to spread the word about Jesus where it wasn’t previously going as intrinsically good.

The result was a chart-topping LP followed in short order by a Broadway production and, a little later, a multi-million-dollar movie (oddly enough, the original double LP created barely a ripple in England in 1970 and 1971, though there was eventually a British stage production that went on to become what was then the longest-running musical on London’s West End). And all of this acceptance and embrace in America took place scarcely five years after an innocent observation by John Lennon concerning the relative popularity of the Beatles and Jesus, made in England but reported in the American tabloids, had led to protests and a media boycott of the band’s music and their 1966 tour across the Bible Belt. Jesus Christ Superstar, by contrast, passed through the border and Southern states without any controversy, speaking volumes in the process about what had happened to American society in the interim. The original release was also the first “event” album of the ’70s, presaging a brace of generally less successful efforts in that direction, ranging from Lou Adler and Lou Reizner’s orchestrated version of Tommy (Pete Townshend’s rock opera basically blown up to Jesus Christ Superstar dimensions) to the soundtrack All This and World War II and Leonard Bernstein’s Mass. (by Bruce Eder) 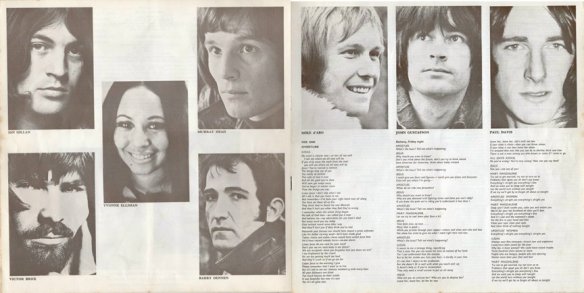