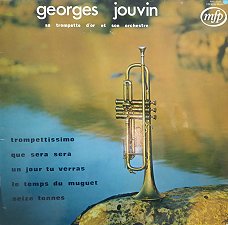 70 albums, 3000 songs, 25 million records sold, an Oscar from the Academy of the disc in 1981 … Georges Jouvin, nicknamed “the man with the golden trumpet” , was a huge international success, Japan to America.

Born June 19, 1923 in Rennes, in a family of musicians, he discovers his instrument with his father, and the saxophone with his brother. At 10 years old, he was offered his first piano. The following year, he entered the Breton conservatory, until he was 17 years. He wins many prizes, music theory but also harmony and trumpet. Then, the gifted continued his studies at the Paris Conservatory in 1942.

He soon develops a varied repertoire, from classical to jazz to popular music, with a virtuosity that made him famous. He made his first steps in symphony orchestras, including the arrangements of Albinoni’s Adagio, Carmen and The Magic Flute are among the most famous. At his side: Michel Legrand, Alix Combelle, Jerry Mengo …
Charlie Parker

By November 1950, Georges Jouvin recorded in Paris in an orchestra led by Maurice Mouflard with Charlie Parker guest star. At the same time, it is part of the association of Rennes Trumpets.

Forty 45s quarterly fate until 1967, in the collection “Hits Jouvin”. Yet few invited on the days of television sets, it becomes a popular musician in France, and more generally in Europe.

After being Administrator and Vice President of the SACEM (Society of Authors, Composers and Music Publishers), he received the Legion of Honor July 13, 1994. (by chb44.com)

And it´s a nice sampler, if you love reat trumpet sounds in the Easy Lisening style … you should listen … Georges Jouvin knews how to play this game … 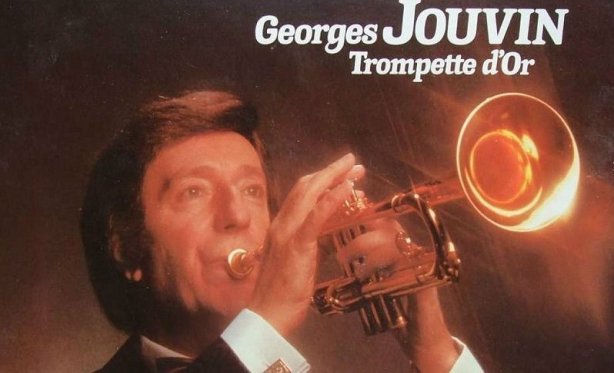