Bradley’s Records was a UK record label in the mid-1970s. It was founded by ATV Music publishers in 1973 and run by Derek Johns. The label was active for four years with moderate success, but was discontinued in early 1977.

Three acts were chosen to launch the label in February 1973: Prog-rock band Kala (an offshoot of Quintessence), Paul Brett and Hunter Muskett.

Lack of commercial success caused a re-think and in late 1973 all three original acts departed (Kala were dropped after they refused to change their musical direction and wear glitter and make-up). Stuart Slater, who by now had replaced Johns, began to concentrate on releasing singles by pop artists; a policy that was to provide a number of chart hits.

Among its roster of artists were The Goodies and Stephanie de Sykes (Slater’s partner) who both had top 20 hits in the UK. Other hits released by the label included Sweet Dreams’ “Honey, Honey” – a top 10 hit in 1974.

To promote the label, Bradley realeased a live compilation with three artists of the new label.  It was recorded live at the Marquee Club (Wardour Treet, London) on Sunday 25th March, 1973. 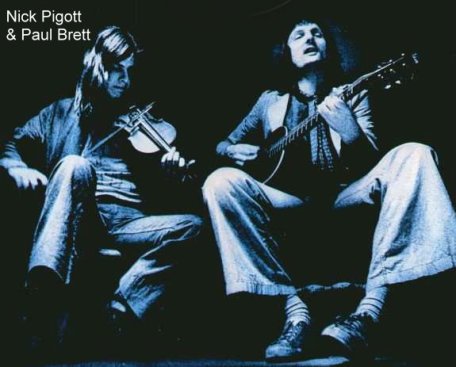 Shiva and Maha Dev left Quintessence in spring 1972 to form the short-lived outfit Kala. Management wanted Shiv to go from serious singer to glitter star, stuff a banana down his trousers and join the glam rock hierarchy. Shiv refused, of course, and Bradley Records together with ATV Records senior management broke the band up and took the equipment and van back. So Kala quickly folded.