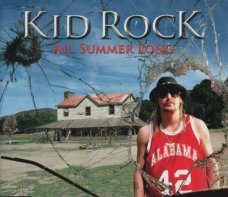 Robert James Ritchie (born January 17, 1971), known professionally as Kid Rock, is an American singer-songwriter, rapper, musician, record producer, and actor. In a career spanning over 20 years, Rock’s musical style alternates between rock, hip hop, and country. A multi-instrumentalist, he has overseen his own production on nine of his eleven studio albums.

Kid Rock started his professional music career as a self-taught rapper and DJ, releasing his debut album Grits Sandwiches for Breakfast in 1990 on the major record label Jive; his subsequent independent releases The Polyfuze Method and Early Mornin’ Stoned Pimp saw him developing a more distinctive style which was fully realized on his 1998 album Devil Without a Cause; this and his subsequent album Cocky were noted for blending elements of hip hop, country, rock and heavy metal. Starting with his 2010 album Born Free, the country music style has dominated his musical direction, and since 2007’s Rock n Roll Jesus until 2017’s Sweet Southern Sugar, he has not recorded any rap-influenced tracks.

“All Summer Long” is a song by American recording artist Kid Rock. It was released in 2008 as the third single from his seventh studio album Rock n Roll Jesus. The song samples two hit songs of the 1970s, Warren Zevon’s “Werewolves of London” and Lynyrd Skynyrd’s “Sweet Home Alabama”. The idea for the mashup was suggested by Mike E. Clark. 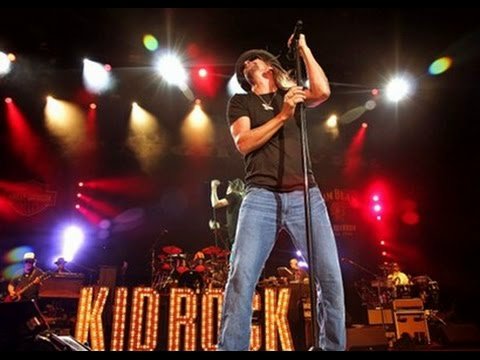 The song was a number-one hit in eight countries across Europe, Australia, and the United Kingdom. It even crossed over to southern rock radio, giving Kid Rock his first top-ten country hit. The song was the official theme song to WWE’s pay-per view event, Backlash 2008. The song was also the theme song to the 2009 World Cup. It was featured in the video game Power Gig: Rise of the SixString. He performed the song at the 2009 Grammy Awards and at WrestleMania 25, both in medleys. He also promoted the song in Europe performing on Top of the Pops and the World Music Awards. The song led to the TV special VH-1 Storytellers in November 2009.

The music video for the song was shot in Nashville Tennessee and features Kid Rock driving a Grand Craft Grand Sport boat out on the Old Hickory Lake, while two teenagers are shown enacting the song’s lyrics, taking place in the implied year of 1989 as mentioned in the first verse. Kid Rock is also shown partying with girls or women on a different boat, and singing the song on a platform on the lake during night time. The platform, float & lights are a homage to the “Playboy girls” scene in the film Apocalypse Now. As the video ends, the small boat Kid Rock is driving can be seen with the word “cowboy” on the back.

“All Summer Long” is Kid Rock’s fourth song to chart on the Billboard Hot 100, and overall his biggest hit of his career. It reached number 23 on the Hot 100, based solely on airplay, since Kid Rock had not made his catalog available for legal digital download at the time (therefore, the song received no assistance from digital sales). It peaked at number three on the Billboard Hot 100 Airplay chart, making it his highest peaking single on this chart. It is his third top 40 hit on the Hot 100. It also became a pop crossover hit, reaching the top ten on Mainstream Top 40 radio. “All Summer Long” has also reached the top ten on Billboard’s Adult Top 40. 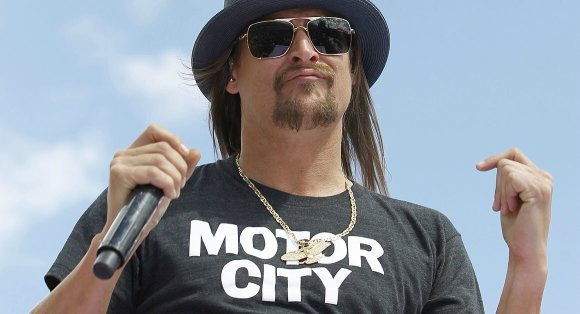 It marks Kid Rock’s third entry on the American Billboard Hot Country Songs chart, after “Picture” and “Single Father”, both in 2003, reaching number four, his first top 20 and top 10 on that chart. It was a moderate hit on U.S. rock, peaking at number 17 on the Mainstream Rock Tracks chart and number 38 on the Modern Rock Tracks chart. The song has sold 943,000 copies in the US as of April 2016.

The song is Kid Rock’s first international hit as well. In the United Kingdom, the song knocked off Dizzee Rascal’s “Dance wiv Me” from the top of the UK Singles Chart and was replaced at the summit by Katy Perry’s “I Kissed a Girl”. In the rest of Europe, the song was available as a physical and digital release and it has also topped the charts in Ireland, Austria, Germany and Switzerland. It has reached the top five in Flemish Belgium, the Netherlands, Norway and Sweden. In Australia, the song is his first top-ten and number-one single, while in New Zealand, the song peaked at number three. ((by wikipedia) 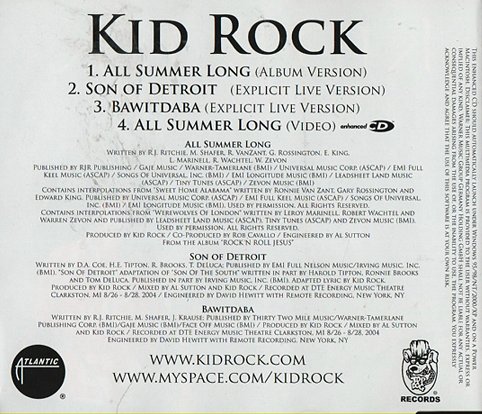 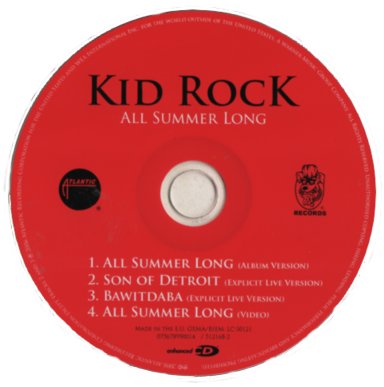 It was 1989, my thoughts were short my hair was long
Caught somewhere between a boy and man
She was seventeen and she was far from in-between
It was summertime in Northern Michigan
Ahh Ahh Ah

Splashing through the sand bar
Talking by the campfire
It’s the simple things in life, like when and where
We didn’t have no internet
But man, I never will forget
The way the moonlight shined upon her hair

And we were trying different things
We were smoking funny things
Making love out by the lake to our favorite song
Sipping whiskey out the bottle, not thinking ’bout tomorrow
Singing Sweet home Alabama all summer long