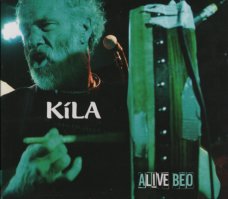 Recorded at different locations around the world, Irish folk band Kíla brings its exciting, raw and emotionally charged music to disc with this live album. From the explosive driving beats of the concert favourite ‘An Tiománaí’ to the tender love song ‘Babymouse’, this album captures Kíla at its majestic best. (clear-spot.nl) 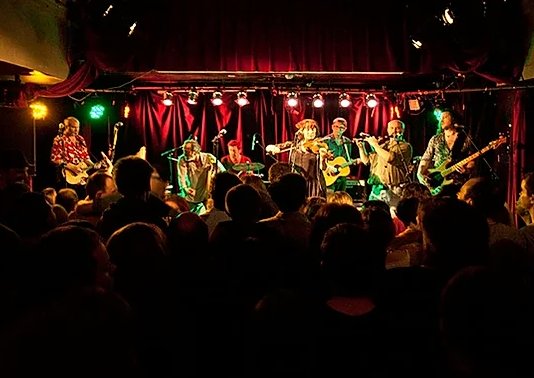 …The group brings an open mind to entirely their own mix of folk, world music, traditional and classic rock. Their instrumentation with pipes, flutes, bodhrán, djembé and conga’s in addition to the more regular instruments provide a special sound. And of course, also, their own, lyric texts. The eight-legged company, previously loaded with The Frames, currently consists of Rossa, Rónán & Colm Ó Snodaigh, James Mahon, Dee Armstrong, Brian Hogan, Dave Hingerty & Seanán Brennan. Some of them have also played with Dead Can Dance. 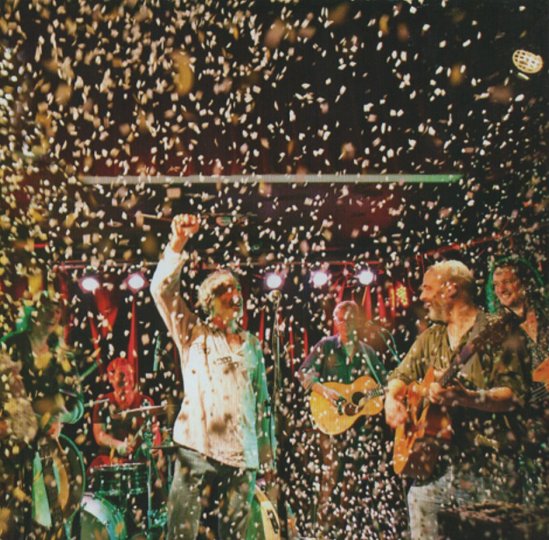 In addition to their regular work, they also release soundtracks and live albums. As the title of the new album Alive-Beo suggests, it belongs to the last category. The music is recorded in different locations. Perhaps the music is known, the energy they instantly enter, makes it different. Under the headphones, it’s sometimes rushing out as if you’re there. The songs they bring are a beautiful cross section from their discography. Also beautiful is the guest performance of the Polish singer Kayah, who is heard in an old classic of their’s, Seo Mo Leaba, Kíla knows deeply on and off the stage how to make a good impression … (subjectivism.nl)

In other words: Kila is one of Ireland’s finest, innovative, energetic and creative bands abd here´s another fantastic album. 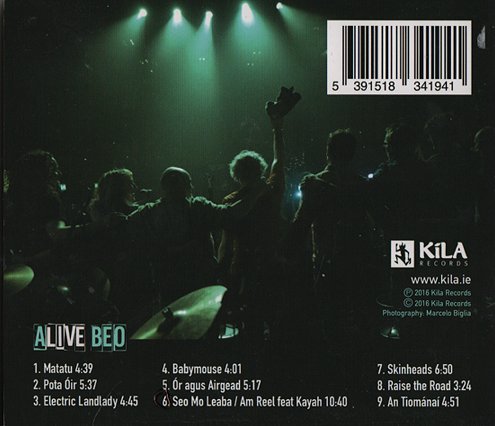 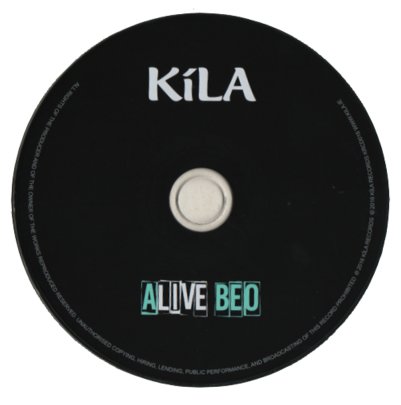 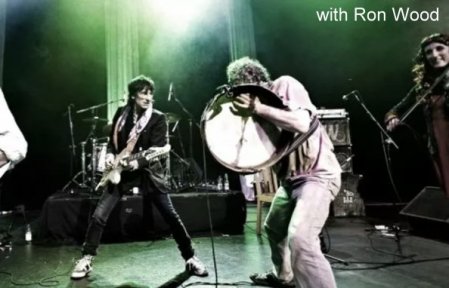 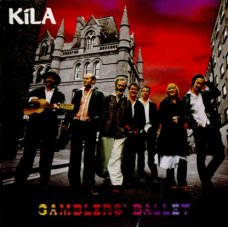 In 1991, Colm Mac Con Iomaire and Dave Odlum left Kíla to join The Frames, an Irish rock band. In the same year, Dee Armstrong and Eoin O’Brien joined the band as replacements. Dave Reidy also joined as a lead guitarist, though he emigrated to San Francisco a year later. Karl was then replaced by Ed Kelly on bass who emigrated to Scotland a little over a year after the recording Mind the Gap in 1994. Eoin O’Brien was replaced by Lance Hogan. Laurence O Keefe filled in temporarily on bass until Brian Hogan assumed that position prior to recording Tóg É Go Bog É.

In 2003, in a review of their album Luna Park, Kíla’s blend of Irish traditional music and world music with a modern rock sensibility was credited with breathing new life into contemporary Irish folk music. 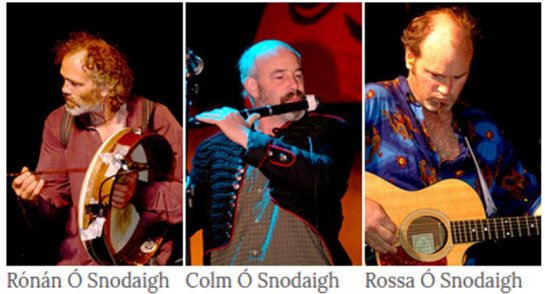 In 2009, Donegal guitarist Seanan Brennan joined the band to replace Lance who was on a sabbatical. He has remained with the band since then bringing an electric guitar to the line up for the first time since Eoin O’Brien was a member. He made his first appearance with Kíla in early January of that year on a televised version of Leath ina Dhiaidh a hOcht.

In 2008 Kíla recorded “The Ballad of Ronnie Drew” with U2, Shane MacGowan, Glen Hansard, Damien Dempsey, The Dubliners and a host of other artists. With proceeds going to The Irish Cancer Society. The song was later included on a U2.com-only album of collaborations that U2 recorded with other artists – Duals (2012).

Kíla have played at many festivals around the world, including Dún Laoghaire Festival of World Cultures, Electric Picnic, Womadelaide, Glastonbury, Féile an Dóilín, St. Chartier, Reading and Cambridge Folk Festival, Montreaux Jazz Festival and the Stockholm Water Festival. All members of the group participate in composing and arranging Kíla’s songs. they have also performed at student events such as the NUIG Arts Ball in 2010, the biggest event of its kind in Ireland. 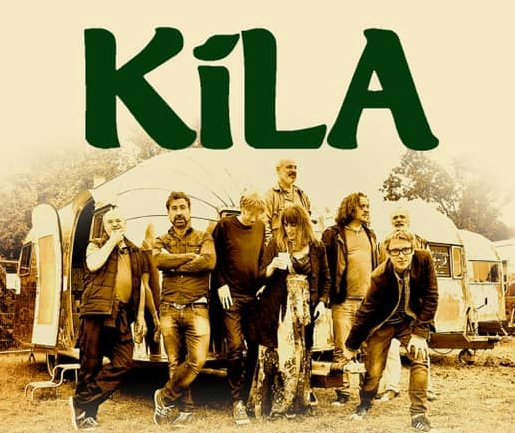 The band collaborated with French composer Bruno Coulais on the soundtrack of The Secret of Kells, an animated film by the Irish studio Cartoon Saloon. The film was nominated for best animated film at the 82nd Academy Awards in 2010. That same year their music was heavily featured in two other feature films – Maeve Murphy’s controversial Beyond the Fire and Ciarán O’Connor’s Trafficked. Kíla’s music also features in the award-winning documentary film Fight or Flight.

In late 2011, Kíla published their long-awaited Book of Tunes. Comprising over 100 of their compositions and lavishly decorated with photos, poems & prose, the book was a huge success, being described as ‘a masterpiece’ by Seán Laffey from Irish Music Magazine. The publication of the book ended a fine year for Kíla in style. Through this year they played three sell-out shows in Harare, Zimbabwe at the HIAFA festival, played at the Possibilities conference that welcomed the Dalai Lama to Ireland and played the inaugural concert in Temple Bar Meeting House Square, under the elegant retractable canopies, two days before Christmas. 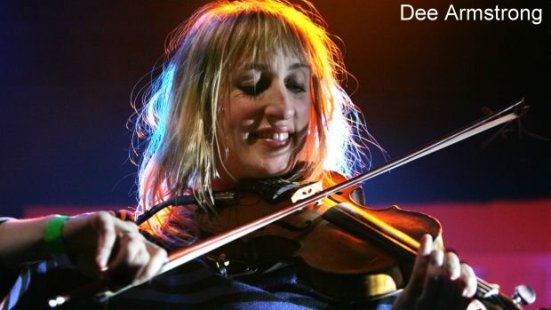 2015 could be termed the ‘year of the awards and nominations’ for Kíla. They collaborated on the music for the Oscar nominated animated feature, Song of the Sea with Bruno Coulais. They received an Annie Awards nomination for ‘Outstanding Achievement in Music in an Animated Feature Production’. They also received an Emmy nomination for their work on a Crossing The Line production called The Secret Life of the Shannon. In June Eoin Dillon left and James Mahon from Shankill took his place.

Gamblers’ Ballet is a 2007 album by the Irish folk band Kíla. It was nominated for the Choice Music Prize for Irish Album of the Year 2007. The opening track “Leath Ina Dhiaidh A hOcht”/”Half Eight” was the first single taken from the album. “Cardinal Knowledge” was used as the outro music for the Cartoon Saloon, Oscar nominated animation The Secret of Kells, and “Dúisigí” and “Cabhraigí Léi” were used in the Japanese film Kadokawa, which was directed by Ryuichi Hiroki. (by wikipedia)

They are back again. Better and bigger than ever. Irish band Kíla is about … ag scagadh soiscéal – spreading good vibes. Five instrumental dance tunes have been written and recorded by the band, ambient music on traditional Irish grounds (the first track features “Pachebel’s Canon” written in 1680 as a piece of chamber music for three violins and basso continuo) with bits of jazz, Balkan and Spain here and there. More precisely, it is almost exclusively reels and slow airs (though very varied), but Kíla exactly know how to please their audience. Four songs are executed by singer Rónán O’Snodaigh  in his own unimitable style, Irish language chant over African grooves. It is 21th century poetry about luaithreadán lán, gloiní ó aréir agus boladh biotáile, feadóga, fags, eochar an carr – a full ashtray, last night’s glasses and the smell of whiskey whistles, fags, the keys of the car. With their “Gambler’s Ballet”, Kíla set a new standard in roots music – for themselves, Ireland and the Celtic countries, entire Europe and the rest of the world. (folkworld.eu)

Another collection of fast and lively songs and tunes in Kíla’s gloriously eclectic style. World, Irish and Street music collide in a fusion of fun and full-on energy.

Bubbling over with new ideas, but still full of the energetic tunes and percussive Gaelic vocals that are Kila’s trademark. (musicscotland.com)

“A record where you feel you’re getting your musical passport stamped in a different location on every song, it finds the septet losing nothing as they bring the energy and freewheeling quality of their live shows to the studio – and sounding like someone just remembered to hit record during one hell of a get together.” (RTE) 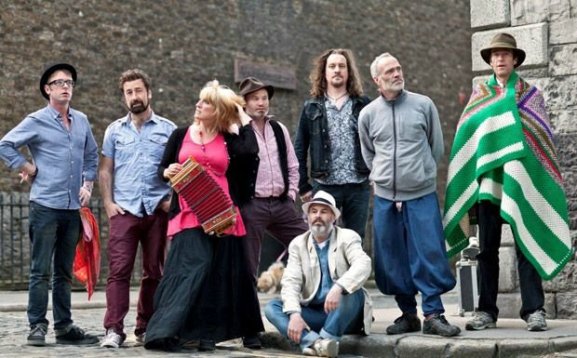 Another album from the masters of Irish Trad/World/Techno/ Dance/Electronica – the spellbinding Kila.
This certainly requires serious listening but we feel the effort will be worthwhile. Kila don’t do things the easy way, nor in half measures.
This is also a top class production job. Congrats to all! (allcelticmusic.com)

In other words: a perfect mix between old and new melodies from good ol´Ireland ! 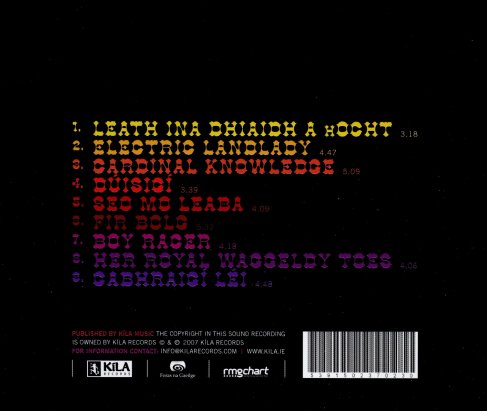 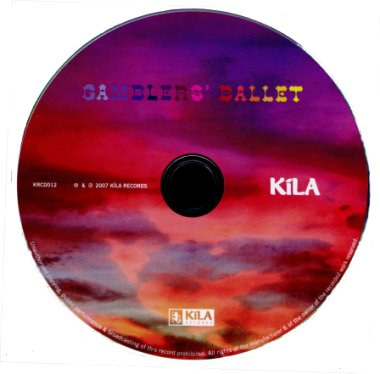 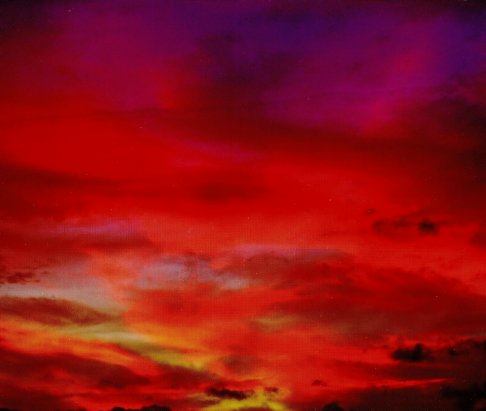