When Los Angeles-based independent record label Cleopatra Records, Inc. began attracting talent from modern blues artists and purchased the estate of blues legend Junior Wells, the company decided to create a label imprint dedicated to the genre. Thus, Cleopatra Blues was born in 2015 and established itself with a logo based on a well-known of photo of Junior Wells smoking a cigarette.

And one of the first releases of this label was this Christmas album:

This year, get the Christmas Blues with this excellent set of new recordings by blues guitarists and vocalists who offer a unique spin on holiday cheer!

Leaving it to the blues to give us a more realistic take on late December than most of pop culture can deliver to us. This collection is much more varied than you think and despite being all over the place then, it’s also a lot more consistent than you’d expect, drawing mostly from more recent acts. Need some dirty, innuendo-filled blues? Try Popa Chubby’s stinging guitar on “Back Door Santa” and Stax legend Steve Cropper’s “Let’s Make Christmas Merry, Baby.” Downhome funk anyone? Try Larry McCray’s “Santa Claus Wants Some Lovin’” with its B.B.-like guitar. Downhome blues is covered here too with Kenny Neal’s take on “I’ll Be Home For Christmas.” 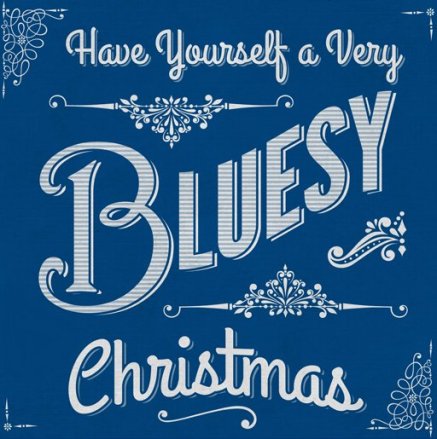 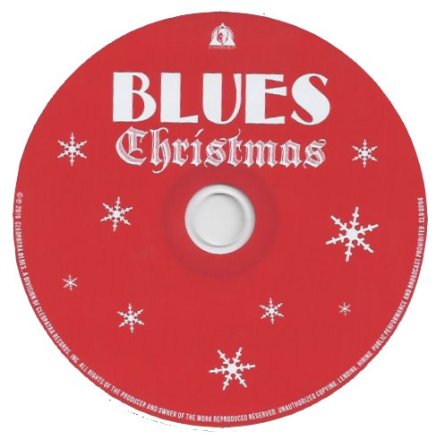 On the road to promote 461 Ocean Boulevard, Eric Clapton must have disappointed his fans when he played only three tracks from the new album – Let It Grow, Willie And The Hand Jive and Get Ready.

One posting on the internet says that in this show, Eric Clapton was very “loose” (that is, drunk), especially on vocals. Whether he was “loose” or drunk, he was in a fairly mellow mood, dragging out the gospel-ish Let It Grow. But he was not so out-of-it that he couldn’t play – Let It Rain has a nice jam at the end (after which Clapton says to the crowd, “don’t mind if I have a drink”) and he gets into the groove on Key To The Highway.

But then Clapton must have a lot on his mind to contend with. After his drug-addled days, his record company might be thinking that Clapton wouldn’t last the distance – hence they taped practically every show on this tour and eventually released the rather brief EC Was Here. Then he had Yvonne Elliman as backing vocalist. Elliman was married to Bill Oakes, the president of RSO Records; Oakes introduced her to Clapton, who “invited” Elliman to sing backup vocals on I Shot The Sheriff. “Invited” is probably a too-polite term. On his own Clapton was probably still thinking of Patti Harrison (hence the recurrence of Badge, a song written with George Harrison). But he seemed to have gritted his teeth somewhat and carried on – otherwise why would he open his shows on the 1974 tour with Charlie Chaplin’s Smile, with the happy-sad lyric, “Smile though your heart is aching”?

While Willie And The Hand Jive has existed with a faster tempo, here, it sort of shares the same terrain as the reggae-inflected I Shot The Sheriff (which is sorely missed). Though many might disagree, this was not a show of guitar artistry or pyrotechnics – though there was some outstanding playing on Have You Ever Loved A Woman. The key word is groove, as this excellent soundboard recording makes clear. Take Badge for instance. While the song is a Cream/Clapton classic, he lets the intro run on and on (because it grooves) and one keeps expecting Carlos Santana to jump in!

As a treat, Freddie King appears on Have You Ever Loved A Woman and Little Queenie.

These tracks originally appeared in the Undercover Box Set (Mid Valley Records). Thanks to ECMusicMan for sharing them. 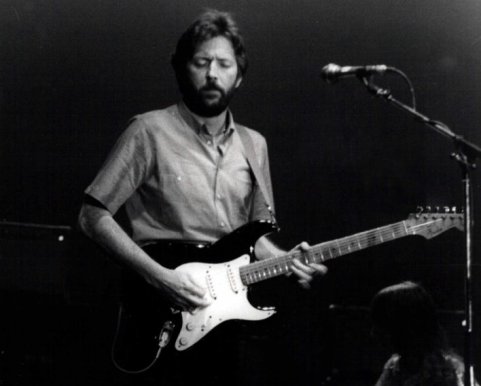