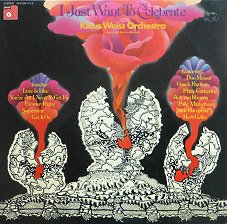 German drummer Klaus Weiss appeared in groups with many American expatriates as well as leading his own bands in trio, quintet, sextet, and big-band settings from the ’60s through the ’90s. Influenced by such drummers as Big Sid Catlett and Buddy Rich, Weiss began playing professionally at age 16. His first gigs, with a group called the Jazzopators, provided accompaniment roles for trumpeter Nelson Williams and vocalist Inez Cavanaugh. Weiss also worked with the Klaus Doldinger Quartet, and played at the Blue Note in Paris with Bud Powell, Kenny Drew, and Johnny Griffin. He led a trio beginning in 1965, with pianist Rob Franken and bassist Rob Langereis, that played with Booker Ervin, recorded his first LP as a leader (Greensleeves), and won the International Jazz Competition in Vienna in 1966, and would go on to win several Twen Jazz Polls as well. During the late ’60s, he also played with the Erwin Lehn Big Band, the Bayerischer Rundfunk Jazz Ensemble, and Friedrich Gulda.

Weiss recorded half a dozen LPs during the early ’70s, several with a quintet or sextet including work by trumpeter Cecil Bridgewater, bassist George Mraz, and pianist Walter Norris. He also led an international all-star big band (with Slide Hampton, Herb Geller, Philip Catherine, and Don Menza, among others) for the live 1971 album I Just Want to Celebrate. During the late ’70s and early ’80s, Weiss worked mostly with his quintet, but also toured with Eddie “Lockjaw” Davis, Clifford Jordan, and Horace Parlan while making frequent quintet albums as a leader. He recorded two albums during the ’90s, including the trio outing L.A. Calling and the Christmas album A Message from Santa Klaus (with the NDR Bigband). Later in his career, as his extensive discography continued to grow, Weiss also began composing music for movies and television. He died unexpectedly, reportedly of heart failure, on December 10, 2008 in Pfaffenhofen an der Ilm, Germany. (by John Bush)

And this is his wonderful doubel-album from 1972 … Big Band music meets Jazz-Rock, a brilliant live recording with one of the finest musicians (look to the list of musician) from the jazz-scene in this period ! 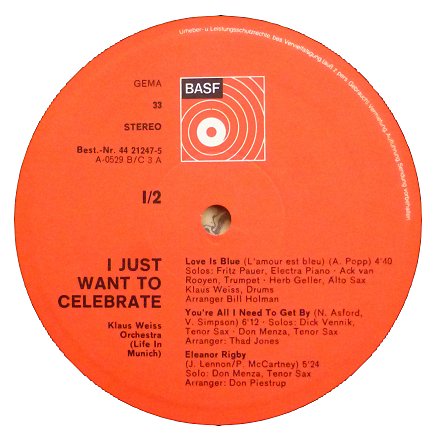