Mary Lattimore is an American classically trained harpist based in Los Angeles, California. In addition to her solo work and collaborations with fellow Philadelphia musician Jeff Zeigler, she has also performed with multiple prominent indie musicians, including Thurston Moore, Kurt Vile, and Steve Gunn.

Originally from Asheville, North Carolina,[3] Lattimore was born and raised in western North Carolina.[4] Her mother was also a harpist, and she first learned to play the harp when she was 11 years old. She was not very interested in it at first, but this began to change as she got better at it.

One of her first musical activities was her contribution to the Valerie Project, which released its self-titled debut album in 2007. This album was intended to be an alternative soundtrack to the film Valerie and Her Week of Wonders.[3] In 2012, she released her first solo effort, a self-titled cassette, on Fred Thomas’ Life Like imprint. The following year, this album was re-released by Desire Path Recordings as the Withdrawing Room.

In 2014, she and Zeigler released Slant of Light on Thrill Jockey. Also that year, she received a Pew Fellowship grant, which she used to travel around California and Texas; while doing so, she recorded the album At the Dam, which was released on Ghostly International in 2016. The album’s title was taken from an essay about the Hoover Dam in Joan Didion’s 1979 book The White Album. On May 18, 2018 Lattimore released her latest LP titled Hundreds of Days. (by wikipedia)

An exquisite debut from Mary Lattimore, working a wonderful magic on her harp, doing for the harp what Fahey & Basho did for the guitar, offering one of the most serene & lovely records, for drinking tea and watching the sun rise in your green room, subtly layered & picking so soft it’s barely audible, whispers silenced in the breeze, matched perfectly with exotic electronics conjuring peepers & nightowls, so peaceable that the necessary Bell Jar breakdown in the middle of the A side almost undoes everything that precedes it, but it recovers, restores a beautiful order, and nearly forgotten in sweet bliss by the end of the whole thing, drowned in a minimally lush majesty.

Desire Path keeping their flawless batting average up with this one, such a stellar record, and all the more exciting since it’s her solo debut. Available on April 1 and only 300 pressed, so don’t say I didn’t warn you. (antigravitybunny.com)

In other words: peaceful, soothing, psychedelic, warm and atmospheric music. 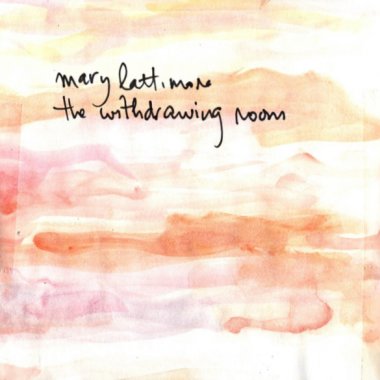