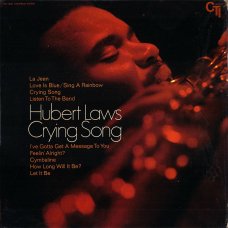 Crying Song is an album by jazz flautist Hubert Laws released on the CTI label featuring performances of popular music (including songs by The Beatles and Pink Floyd) by Laws recorded in Memphis with Elvis Presley’s rhythm section and at Rudy Van Gelder’s studio.

Hubert Laws occupies rather an ambivalent position in critical estimation. He was very unusual in concentrating on the flute but signing for Creed Taylor and his band of Memphis Soul specialists should have orientated him squarely in the vanguard of late 1960s Jazz. If the precedent was another elite flautist, Herbie Mann – who’d already had a hit single for Atlantic – then the decision was sound. This album, made in 1969, didn’t seem somewhat incongruous stylistically at the time – and they did, to many people – they certainly do today.

That’s not to denigrate Laws, whose tone is utterly ravishing throughout, but the attempt in the first album, Crying Song, to construct a pop album with fringe Memphis and Country Soul stylings was never going to satisfy the purists. Others, such as Keith Jarrett and Gary Burton, were naturally situated along Country Roads and their albums of the late 60s showed strong affinities for the genre within a broader musical context. But Laws’ first album, despite the presence of stellar sidemen such as Ron Carter, Billy Cobham, and on several tracks George Benson – along with a raft of other superb players – fails to cohere. Country Soul, the Monkees, mild Psychedelia, the Bee Gees and Lennon/McCartney with sitar impersonations; well, it’s a big ask for much of this to stand the sterner tests of time. (Jonathan Woolf)

I guess, this album deserves a chance … it´s a pretty good gently Jazz album including a wonderful version of “Let It Be”. 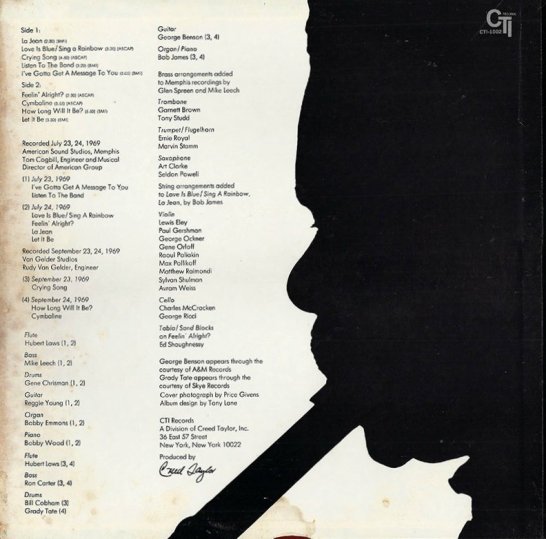 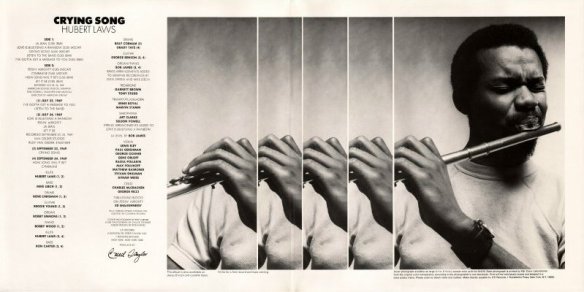 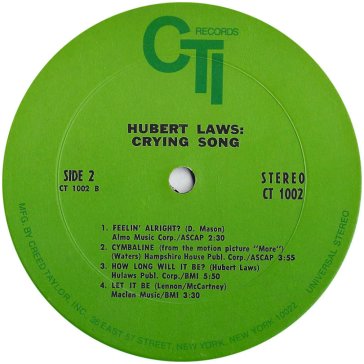 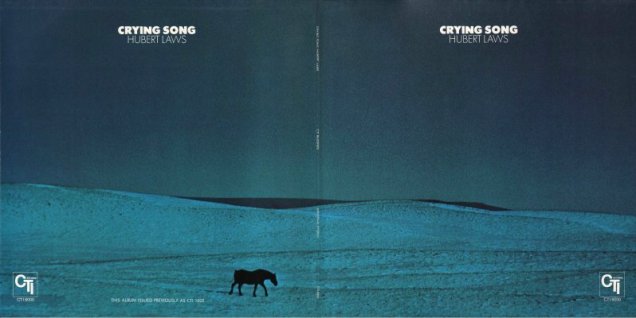 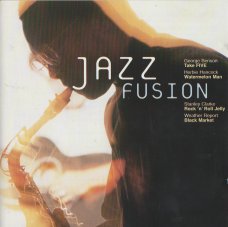 Jazz fusion, fusion, or jazz rock is a musical genre that developed in the late 1960s from mixing funk and rhythm and blues rhythms with the electric instruments, amplified sound, electronic effects and playing styles of rock music together with jazz’s complex time signatures (which were derived from non-Western music) and jazz’s complex chord progressions and altered and extended chords. Fusion musicians typically create extended instrumental compositions based around a melody and a chord progression and lengthy solo improvisations. Fusion songs use brass instruments such as trumpet and saxophone as melody and soloing instruments. The rhythm section typically consists of electric bass (in some cases fretless), electric guitar, electric piano/synthesizer (in contrast to the double bass and piano used in earlier jazz) and drums. As with jazz forms that preceded fusion, all of the instruments–including the rhythm section instruments–are used as soloing instruments and all demonstrate a high level of instrumental technique. 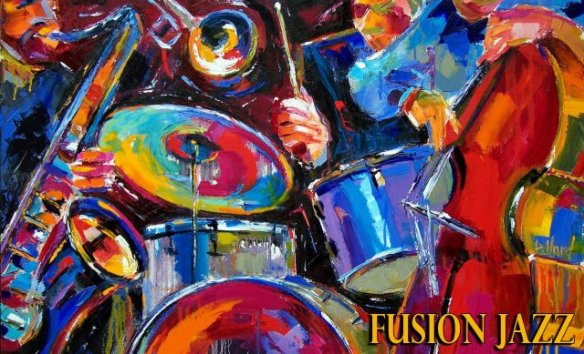 The term “jazz-rock” is often used as a synonym for “jazz fusion” as well as for music performed by late 1960s and 1970s-era rock bands that added jazz elements to their music. It is different from the UK Canterbury Scene’s progressive rock (“prog”) and other forms of prog-jazz fusion, in which extended prog instrumentals use improvisation and take on a jazz-influenced feel. After a decade of popularity during the 1970s, fusion expanded its improvisatory and experimental approaches through the 1980s, in parallel with the development of a radio-friendly style called smooth jazz. Experimentation continued in the 1990s and 2000s. Fusion albums, even those that are made by the same group or artist, may include a variety of musical styles. Rather than being a codified musical style, fusion can be viewed as a musical tradition or approach. (by wikipedia)

And this is just a sampler with Jazz Fusion … maybe it´s time for you to discover this kind of music … certainly not the worst idea. ! Most of the tracks were recorded during the Seventies … a golden decade for Fusion Jazz ! 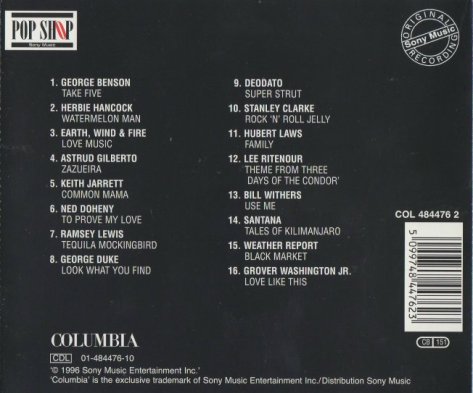 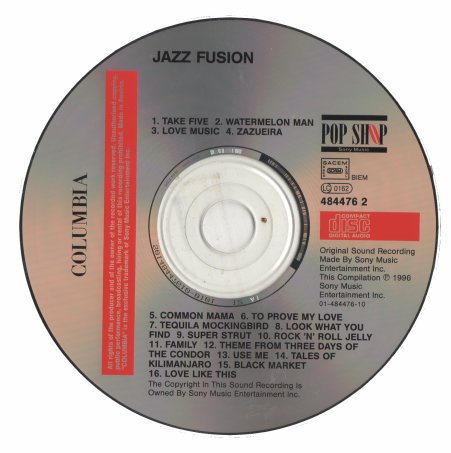 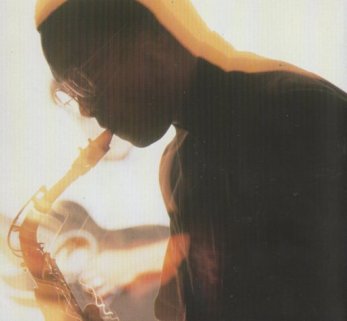 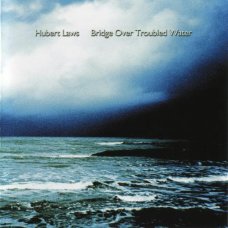 Flute virtuoso Hubert Laws has always occupied his own artistic turf, whether interpreting works by Mozart, Stravinsky, Dvorák, Debussy, Satie, Fauré, and J.S. Bach or improvising with immaculate ease through the modern jazz compositions of Chick Corea, Sonny Rollins, and John Coltrane. He has also demonstrated a well-grounded attitude toward the mainstream pop repertoire, which he handles with comparable mastery. Bridge Over Troubled Water, as one might guess, is an entire album of hit tunes by Paul Simon. Each melody is executed with the relaxed precision that has always characterized much of this artist’s work. The flutist is backed by pianist John Beasley, bassist Stanley Gilbert, drummer Ralph Penland, and the West L.A. Strings under the direction of Stanley Gilbert. The familiarity of the playlist makes this an ideal choice for weddings and family gatherings, with the friendly friction generated during “Cecilia” and “I Am a Rock” bringing up welcome intimations of honest jazz. (by arwulf) 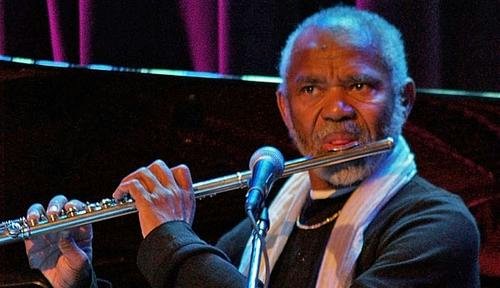 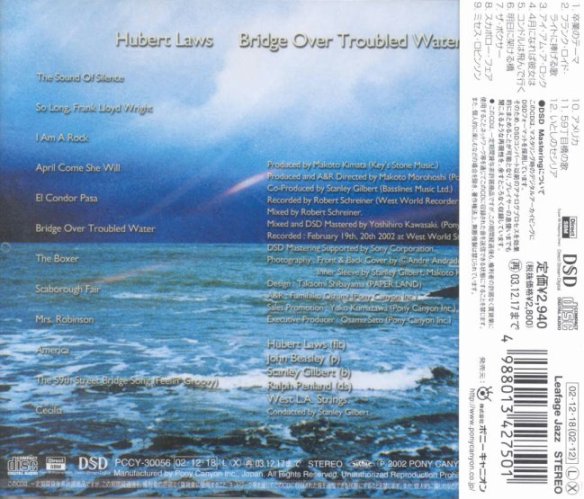 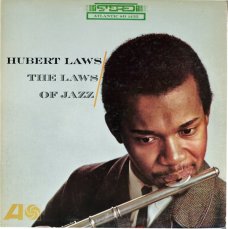 A talented flutist whose musical interest was never exclusively straight-ahead jazz, Hubert Laws exceeded Herbie Mann in popularity in the 1970s when he recorded for CTI. He was a member of the early Jazz Crusaders while in Texas (1954-1960) and he also played classical music during those years. In the 1960s, Laws made his first recordings as a leader (Atlantic dates from 1964-1966) and gigged with Mongo Santamaria, Benny Golson, Jim Hall, James Moody, and Clark Terry, among many others. (by Scott Yanow)

This is his first album and was originally released on Atlantic in 1966 — although the recordings occurred over nearly two years, recorded in April 1964).

This album is worth acquiring for any fan of straight-ahead jazz.  (by Al Campbell) 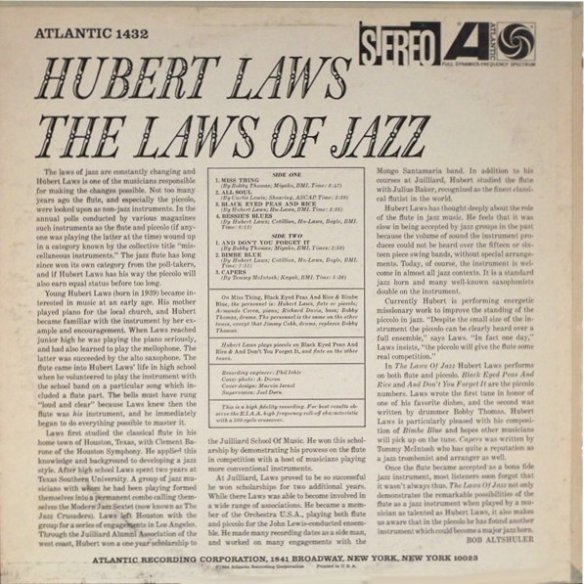 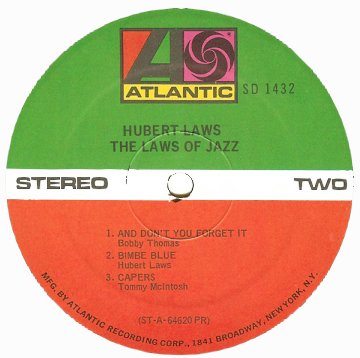