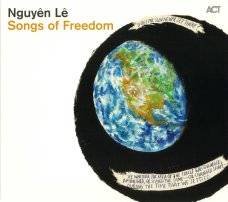 In spring 2011 he released Songs of Freedom, an album with cover versions of pop hits from the 1970s. (wikipedia) 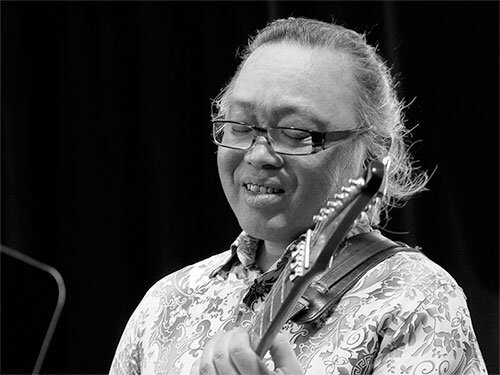 For over twenty years, Nguyên Lê has collaborated with a growing cadre of like-minded musicians—mostly Paris-based, where the guitarist of Vietnamese origins resides—building a body of work that is, in the truest sense of the word, “world music.” From the Afro-centric band Ultramarine, and exploration of his own roots on the seminal Tales from Vietnam (ACT, 1996), to recent explorations of a nexus where programming and spontaneity meet on Homescape (ACT, 2006), Lê has carved out a unique space—often fusion-like in its electricity and energy, but avoiding the negative connotations; undeniably jazz-centric, too, but largely eschewing overt references to traditionalism. These days, plenty of jazzers draw on pop music, but you’d be hard-pressed to find another taking a crack at one of the 1960s’ most iconic—and, often, reviled—songs, Iron Butterfly’s “In A Gadda Da Vida,” as Lê does on Songs of Freedom.

With an unorthodox core quartet, reliant on mallet instruments for much of its chordal support, Lê tackles other ’60s chestnuts, like Cream’s “Sunshine of Your Love”—which, after a seemingly non sequitur introduction, filled with thundering percussion and wailing voices, turns relatively faithful, albeit at a brisker pace and with an uncharacteristic complexity of percussive detail. But once singer Himiko Paganotti gets past the first verse and chorus, the harmonic center shifts, and suddenly, with vibraphonist Illya Amar layering a shifting cushion of chords over bassist Linley Marthe’s lithe underpinning, the song turns into an odd-metered solo feature for Lê, his mesh of oriental microtonality and occidental grit and grease moving in parallel with background vocal percussion, leading to a knotty, thundering finale.

As for “In A Gadda Da Vida,” sure, its near-Jungian riff remains intact, but delivered on marimba, and driven by drummer Stéphane Galland’s lithe 17/8 pulse, there’s none of the

original’s gravitas, as Lê takes its preexisting Indo-centricity further, giving it an idiosyncratic arrangement; its chorus gradually building to staggering contrapuntal confluence and impressive solos from Lê and Amar, before a newly composed section leads to an ostinato-driven drum solo that avoids all the clichés of the original…all in a nice, compact five minutes.

When it comes to interpreting music in a jazz context, freedom more often than not means improvisational freedom, and to be sure, Songs of Freedom has plenty of that. But clearly, for Lê, the concept has more to do with an unfettered prerogative to draw on what, in many cases, are the simplest of song forms, as grist for far more elaborate compositional reworks filled with pointillist detail. Songs of Freedom combines heartfelt respect with absolute irreverence, breathing an utterly different kind of life into these songs, four decades after they first hit the airwaves. (John Kelman) 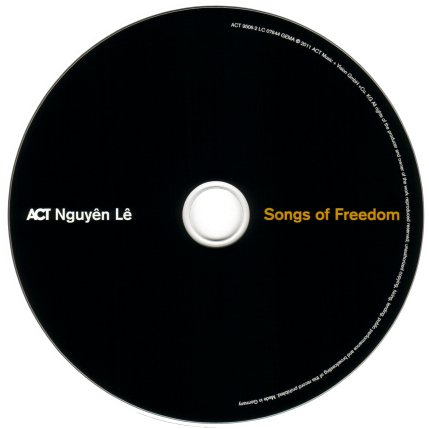 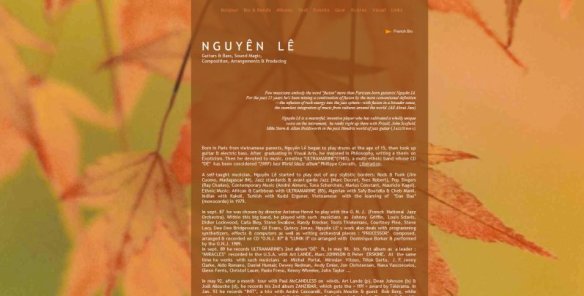