Roger Arnold “Deke” Leonard (18 December 1944 – 31 January 2017) was a Welsh rock musician, “serving a life sentence in the music business”. Best known as a member of the progressive rock band Man, which he joined and left several times, and for fronting his own rock and roll band Iceberg, which he formed and disbanded several times, he was also an author, raconteur and television panelist. (by wikipedia)

And here´s his third solo-album:

The fatal flaw of the Welsh band Man is that they couldn’t quite decide if they wanted to be Ducks Deluxe or Hawkwind; the balance between pub rock and prog is actually quite interesting on their first several albums. Recorded in 1979, after pub rock had mutated into a strain of the British new wave, it’s clear which side ex-Man lead guitarist Deke Leonard is on.

Produced by Martin Rushent and featuring fellow travelers like Rockpile’s Billy Bremner and Dave Edmunds alongside Leonard’s Man accomplices Terry Williams and Martin Ace, Before Your Very Eyes is a terrific collection of 12 power-popping rock & roll songs with a loose, convivial spirit akin to Rockpile’s own albums, Graham Parker’s work with the Rumour, and even the young Elvis Costello. The loose, horn-charged R&B shake of the potential hit “Marlene” and the jangly, nervy “Map of India” are particular highlights, but the whole album is just swell, and deserves far more than the near-total oblivion it received when it was released in 1981, a full two and a half years after it was recorded. (by Stewart Mason) 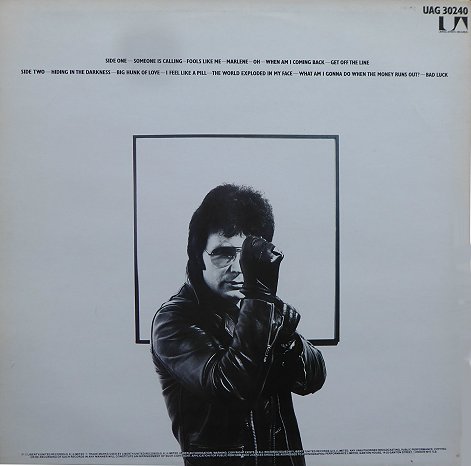 All songs written by Deke Leonard 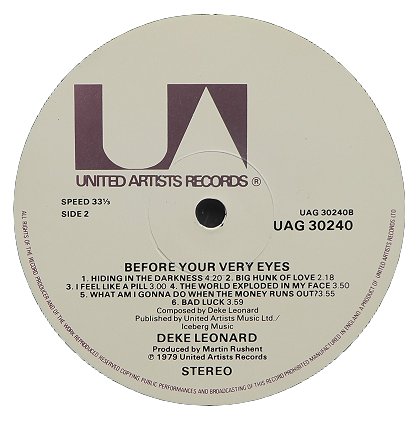