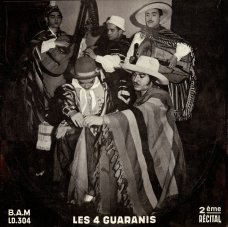 The first recordings of the “Guaranis” with BAM and Barclay are those of the ensemble that arrived in France in 1951 with the Ballets de l’Amérique Latine of Joaquin Perez Fernandez: Cristóbal Cáceres (1917-1995), Angel Sanabria (-1985), Gerardo Servin (harp; 1921-2011) and Francisco Marin (1919-2008). Before their arrival in France, the artists were in Buenos Aires, where they had been members of Felix Pérez Cardozo’s ensemble in 1947. It is Mauricio Cardozo Ocampo who proposes to Joaquin Perez Fernandez these artists for his ballet and the tour in Europe. In France, the “Trovadores Guaranies” of the Ballets show change their name to “les 4 Guaranis” and record their first albums with BAM. The “4 Guaranis” are soon 5 with the French dancer Florence Darband, wife of Francisco Marin. They then recorded with Barclay and the name “Les Guaranis”. 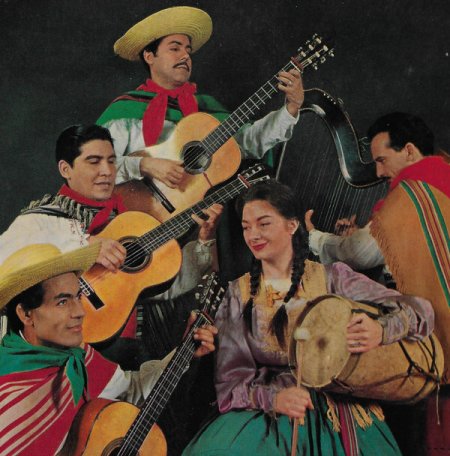 In 1955, the artists split up and created different ensembles. He lent the discography of Cristóbal Cáceres’ ensemble here. Francisco Marin is left alone with his wife Florence and the dancer Paco Sanchez, and Barclay asks him to change the name of the group to “Les Guaranis de Francisco Marin”. The other members of this group changed in the following years (Lorenzo Leguizamon, Nenequita Cáceres, Armando Rivero, Pedro Leguizamon, Ignacio Alderete, Virgilio Rojas, Romano Zanotti, Milton A. Zapata,…). Ramon Romero,…). Listing the artists on the discs is a difficult thing to do: those who appear on the covers are not always those who sing on the disc. The same record can include different artists. So we find songs of the 4 Guaranies on later albums. For this reason, I have grouped together all the Barclay records of the “Guaranis” and “Guaranis de Francisco Marin”. 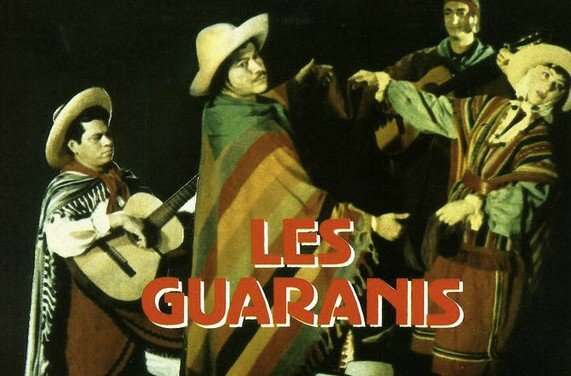 And here´s their second album with traditional folksongs from Argentinia.

A real nice addition to every World Music collection … Unadulterated music from a distant continent. 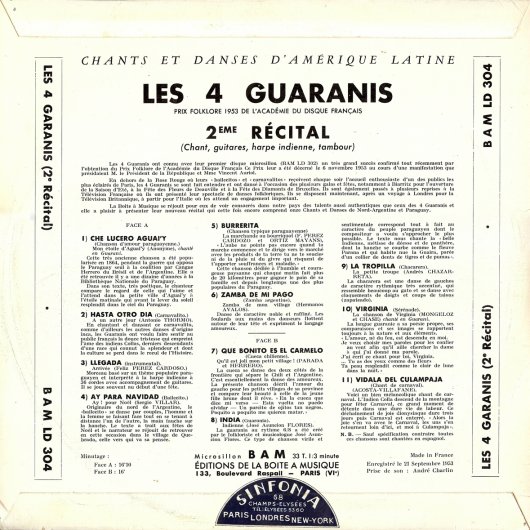 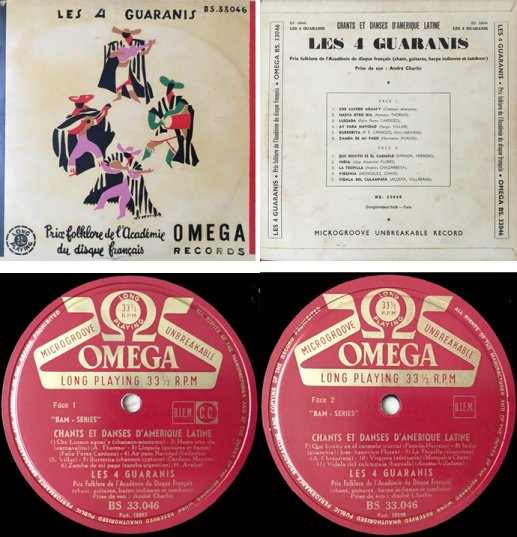 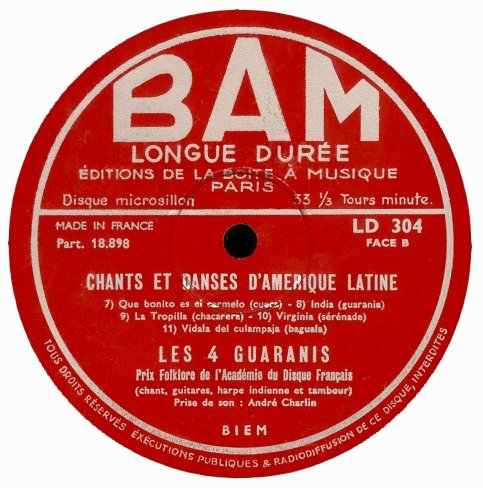