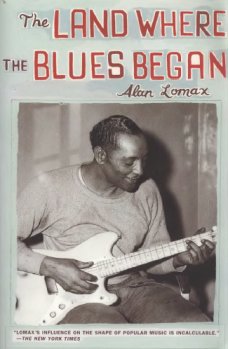 A self-described “song-hunter,” the folklorist Alan Lomax traveled the Mississippi Delta in the 1930’s and ‘40s, armed with primitive recording equipment and a keen love of the Delta’s music heritage. Crisscrossing the towns and hamlets where the blues began, Lomax gave voice to such greats as Leadbelly, Fred MacDowell, Muddy Waters, and many others, all of whom made their debut recordings with him.

The Land Where the Blues Began is Lomax’s “stingingly well-written cornbread-and-moonshine odyssey” (Kirkus Reviews) through America’s musical heartland. Through candid conversations with bluesmen and vivid, firsthand accounts of the landscape where their music was born, Lomax’s “discerning reconstructions . . . give life to a domain most of us can never know . . . one that summons us with an oddly familiar sensation of reverence and dread” (The New York Times Book Review). The Land Where the Blues Began captures the irrepressible energy of soul of people who changed American musical history.

This book was the winner of the 1993 National Critics Circle Award for nonfiction. 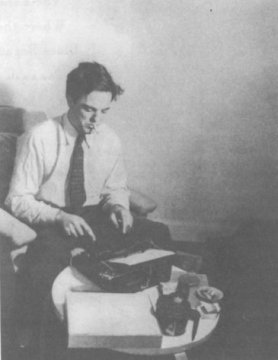 Co-founder–with folklorist father John A. Lomax–of the Archive of American Folk Song at the Library of Congress, Alan Lomax traveled the South “from the Brazos bottoms of Texas to the tidewater country of Virginia” in search of the wellspring of American blues. Previously the author of Mister Jelly Roll, Lomax stalks the ghosts of Robert Johnson, Muddy Waters, Big Bill Broonzy and Charlie Patton, among many other blues pioneers. This winner of the 1993 National Book Critics Circle Award for General Nonfiction is more than just another profile of a musical genre. It’s an intimate diary of a purely American art form born of a powerful mix of despair and hope. (amazon review) 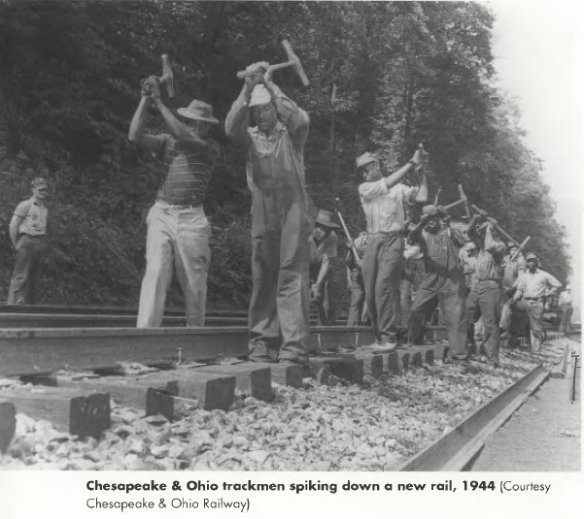 Working for the Library of Congress and other cultural institutions, legendary roots-music connoisseur Lomax ( Mister Jelly Roll ) visited the Mississippi Delta with his father, folklorist John Lomax, and black folklorist Zora Neale Hurston in the 1930s; with African American sociologists from Fiske University in the 1940s; and with a PBS film crew in the 1980s, researching the history of the blues in America. Addressing this wonderfully rich vein of scarcely acknowledged Americana, Lomax has written a marvelous appreciation of a region, its people and their music. Burdened early with now long-forgotten technology (500-pound recording machines, etc.) and encountering pronounced racial biases and cultural suspicions about black and white people mixing socially and otherwise, Lomax sought out those in the Delta who knew Robert Johnson and Charlie Patton and others acquainted with musicians once less well known, such as Doc Reese, young McKinley Morganfield (Muddy Waters), Dave Edwards, Eugene Powell and Sam Chatmon. Traveling across the South “from the Brazos bottoms of Texas to the tidewater country of Virginia,” Lomax discovers the plantations, levee camps, prisons and railroad yards where the men and women of the blues came from and the music was born. In a memoir that will take its place as an American classic, Lomax records not just his recollections but the voices of hard-working, frequently hard-drinking, spiritual people that otherwise might have been lost to readers. (by Publishers Weekly)

The Land Where the Blues Began is one of the finest books on any subject I’ve ever read in my life. Every magical benefit of reading came poring forth from its pages, including deep and fascinating discovery, chills, outrage, tears, joy, laughter, amazement and finally, understanding and awe. Alan Lomax embarked on a personal odyssey to the Mississippi Delta serving up one of the great vicarious thrill rides any reader with a hankering to learn where rock and roll, and rhythm and blues came from. Armed with primitive recording equipment and a lifetime’s experience researching the folk and popular music of the world (following in his father’s distinguished footsteps in this endeavor), Lomax plunges us directly into the redneck towns and the plantations, where the Blues emerged from a fascinating combination of African musical roots, Folk…Popular…and Church Music, and the hollers which slaves, prisoners, levee workers, rail gangs, mule drivers, sharecroppers and roustabouts would sing out to express their rage, pain, heartsickness, loneliness, hopelessness and frustrations. Finding giants of the blues in dilapidated shacks in the middle of nowhere, Lomax coaxed many into performing for his acetate machines. Also haunting the bars, with names such as the Dipsy Doodle, in the black sectors of heavily segregated towns, Lomax (who is white) repeatedly puts his personal safety in jeopardy as he defies the redneck deputies’ orders and ends up swigging homemade whiskey and eating fresh barbecue while recording legendary performances. If all this weren’t enough, the book weaves the evolution of the Blues in with poignant memoirs of impoverished childhoods, family life, prison life, farm labor, Jim Crow, unthinkable mistreatment, murder, and devastation. Fashioning musical instruments out of pieces of wire and wooden boxes, tree branches or anything available, these masters created, nurtured and passed down their knowledge to subsequent generations until it flowered in the hands of a young and inspired new crop of Blues giants. Eventually blacks seeking a better way of life were able to move North into the urban areas of Chicago, New York, Kansas City and other places, and the adventurous among the Blues musicians followed them there, where the Blues kept people in touch with their roots and linked them emotionally to their Southern heritage. Here, the musicians were horribly exploited by white recording executives who invited them to record their music, and robbed them blind when a recording did well on the radio and/or in the stores. Eventually the mature Blues style inspired the world’s greatest pop and rock musicians from the Rolling Stones and The Beatles to Eric Clapton, all of whom were British and discovered American Blues music at its commercial inception. Later, they introduced it back to the American masses who had for the most part not yet been exposed to it. As I finished the book, I was awestruck that these impoverished yet heroic people who lived in the shacks, shouting their laments to the cotton fields and the sky above, had a massive and magnificent influence on the world which few human beings will ever achieve. Hats off to Blind Lemon Jefferson, Son House, Robert Johnson, Fred McDowell, Big Bill Broonzy, Muddy Waters and so many others, especially the now-forgotten faceless progenitors of the style, without whom today’s popular music would have an entirely different and far less rich character. And three cheers for Alan Lomax whose passion and love for the people and music he documents, coupled with his original and rich writing style leaves us in an emotional heap at the end of our journey. (by First Things First)

And here are some pics from this book: 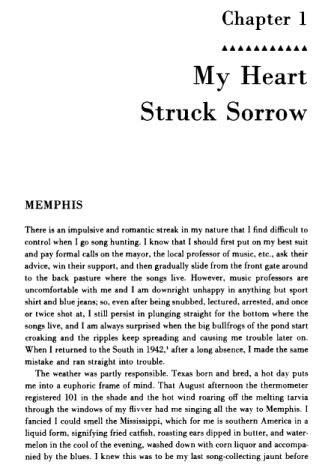 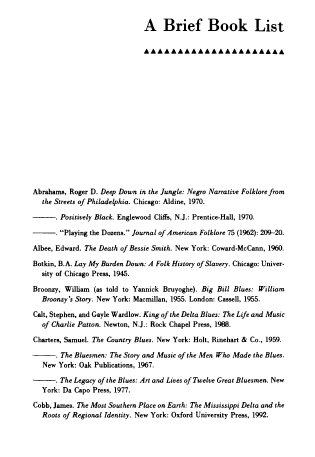