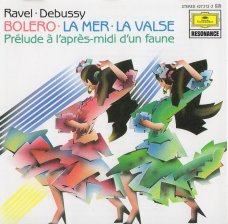 Before he left for a triumphant tour of North America in January 1928, Maurice Ravel had agreed to write a Spanish-flavoured ballet score for his friend, the Russian dancer and actress Ida Rubinstein (1885-1960).

The idea was to create an orchestral transcription of Albeniz’s piano suite Iberia. But on his return Ravel discovered that the orchestration rights had been granted to the Spanish conductor Enrique Arbós. Although Arbós generously gave up these rights, Ravel abandoned the idea and set about preparing an original score.

Ravel had long toyed with the idea of building a composition from a single theme which would grow simply through harmonic and instrumental ingenuity. Boléro’s famous theme came to him on holiday in Saint-Jean-de-Luz.

He was about to go for a swim when he called a friend over to the piano and, playing the melody with one finger, asked: “Don’t you think that has an insistent quality? I’m going to try to repeat it a number of times without any development, gradually increasing the orchestra as best I can.”

He began work in July. By Ravel’s standards the piece was completed quickly, in five months – it had to be ready for Rubinstein to choreograph.

“Once the idea of using only one theme was discovered,” he asserted, “any conservatory student could have done as well.” 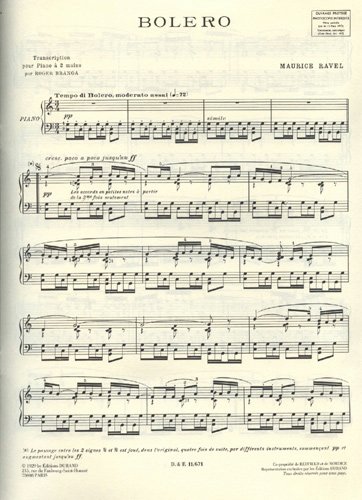 The relentless snare-drum underpins the whole of the 15-minute work as Ravel inexorably builds on the simple tune until, with a daring modulation from C major to E major, he finally releases the pent-up tension with a burst of fireworks.

Boléro was given its first performance at the Paris Opéra on November 20, 1928. The premiere was acclaimed by a shouting, stamping, cheering audience in the midst of which a woman was heard screaming: “Au fou, au fou!” (“The madman! The madman!”). When Ravel was told of this, he reportedly replied: “That lady… she understood.”

In an interview with The Daily Telegraph, he said: “I am particularly desirous there should be no misunderstanding about this work. It constitutes an experiment in a very special and limited direction and should not be suspected of aiming at achieving other or more than it actually does.”

Yet although Ravel considered Boléro one of his least important works, it has always been his most popular. (classicfm.com)

Composed between 1903 and 1905, the piece was initially not well received, but soon became one of Debussy’s most admired and frequently performed orchestral works.

The work was started in 1903 in France and completed in 1905 at Grand Hotel Eastbourne on the English Channel coast. The premiere was given on 15 October 1905 in Paris, by the Orchestre Lamoureux under the direction of Camille Chevillard. 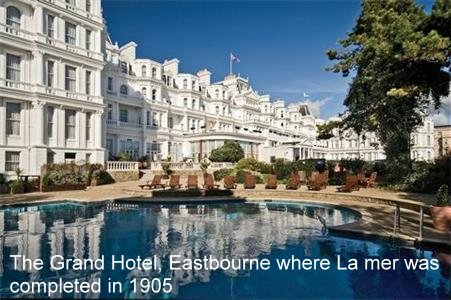 A typical performance of this piece lasts about 23 or 24 minutes. It is in three movements: 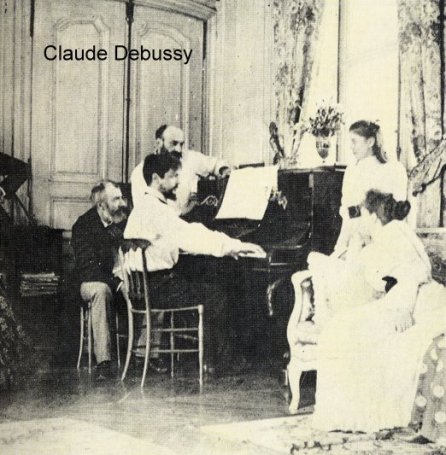 La mer is a masterpiece of suggestion and subtlety in its rich depiction of the ocean, which combines unusual orchestration with daring impressionistic harmonies. The work has proven very influential, and its use of sensuous tonal colours and its orchestration methods have influenced many later film scores. While the structure of the work places it outside of both absolute music and programme music (see below on the title “Three symphonic sketches”) as those terms were understood in the early 20th century, it obviously uses descriptive devices to suggest wind, waves and the ambience of the sea. But structuring a piece around a nature subject without any literary or human element to it – neither people, nor mythology, nor ships are suggested in the piece – also was highly unusual at the time.

Debussy called La mer “three symphonic sketches,” avoiding the loaded term symphony. Yet the work is sometimes called a symphony; it consists of two powerful outer movements framing a lighter, faster piece which acts as a type of scherzo. But the author Jean Barraqué (in “La Mer de Debussy,” Analyse musicale 12/3, June 1988,) describes La mer as the first work to have an “open” form – a devenir sonore or “sonorous becoming… a developmental process in which the very notions of exposition and development coexist in an uninterrupted burst.” Simon Trezise, in his book Debussy: La Mer (Cambridge, 1994) notes, however, that “motifs are constantly propagated by derivation from earlier motifs” (p. 52). 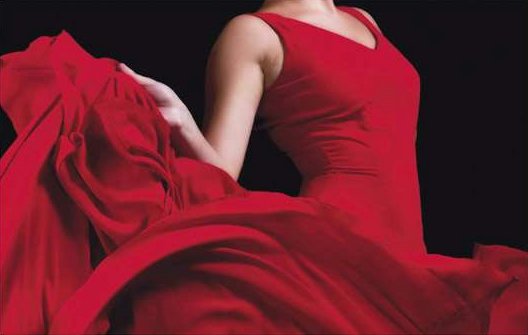 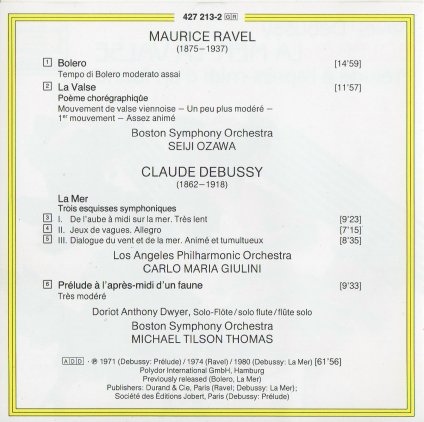 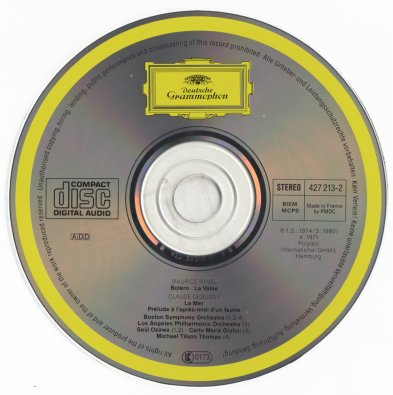