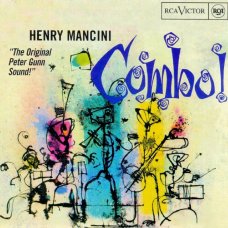 Henry Mancini was a significant writer for films who used the flavor of jazz in some of his movie scores. Mancini gathered an impressive cast of top players consisting of trumpeter Pete Candoli, trombonist Dick Nash, Ted Nash on alto and flute, Art Pepper (sticking exclusively to clarinet), baritonist Ronnie Lang, pianist Johnny Williams (doubling on harpsichord), guitarist Bob Bain, bassist Rolly Bundock, drummer Shelly Manne, Ramon Rivera on conga, and Larry Bunker on vibes and marimba. Some of the dozen selections are relatively straight-ahead, while a few (particularly “A Powdered Wig” and “Scandinavian Shuffle”) are a bit corny, especially in their use of harpsichord and marimba. There are a few strong moments (particularly from Candoli and Pepper) on such numbers as “Moanin’,” “Sidewalks of Cuba,” “Castle Rock,” and “Everybody Blow,” but the end results are not too essential. Overall, this is a compromise between creative jazz and tightly controlled music meant for a larger audience. A historical curiosity. (by Scott Yanow)

This is West Coast jazz at its best. A lot of top players are on board, and Mancini’s charts can’t be beat. Like a lot of the great music of the 1960s, they could do the job in three minutes or less, too. (Fran Coombs)

Arranged and conducted by Henry Mancini 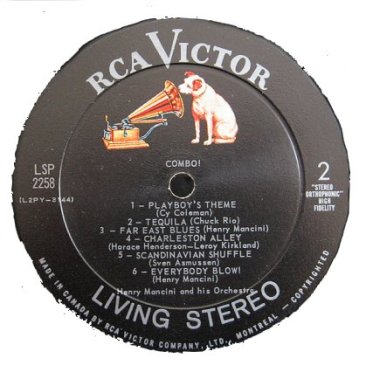 The Pink Panther, British comedy film, released in 1963, that was the first and arguably the best entry in the Pink Panther film series.

Bumbling French detective Jacques Clouseau (played by Peter Sellers) is assigned to prevent the notorious villain Phantom (David Niven) from stealing a world-famous jewel known as the Pink Panther, which belongs to a princess (Claudia Cardinale) who is on holiday at an Alpine resort. The film evokes a bygone era in which screen heroes were seemingly always dressed in tuxedos and able to produce a clever witticism or seductive line for every occasion. Though the film was a comedy, Sellers’s Clouseau was not yet the over-the-top character he would later become.

Fans familiar only with the subsequent entries in the Panther series may find this initial film relatively slow moving when compared with the slapstick farces that followed. However, the Inspector Clouseau character was never intended to inspire a series, and many critics have concluded that the sophistication of this film was never equaled in the sequels. Henry Mancini’s famous jazz theme song and the pink animated cartoon panther that opens and closes the movie are integral parts of cinematic history. The Pink Pather was directed by Blake Edwards, who helmed subsequent installments. (by www.britannica.com)

The Pink Panther is another fine, early-’60s soundtrack from Henry Mancini. The title track became one of his most recognizable themes and kicks off a pleasant program of dreamy lounge cuts and Latin-tinged numbers. As he did on many other movie/TV albums (Touch of Evil, Peter Gunn, etc.), Mancini also includes some noirish, big band numbers, like “The Tiber Twist” and the main title.

Along with these up-tempo songs, he balances out the mostly light material with the solidly swinging mambos “The Village Inn,” “Something for Sellers” (as in Peter Sellers, the movies’ star), and “It Had Better Be Tonight” (co-written by frequent partner Johnny Mercer and something of a minor vocal hit upon its release). The program’s highlights, though, come from the kind of sublime (some might say cheesy) ballads he usually included on his soundtracks; the after-hours jazz tune “Royal Blue” stands out in particular, with its tasteful string arrangement and glowing trumpet solo. This is a great title for fans of Mancini’s lounge/soundtrack material, but those more into his jazz material should consider either his Peter Gunn or Combo soundtracks. (by Stephen Cook) 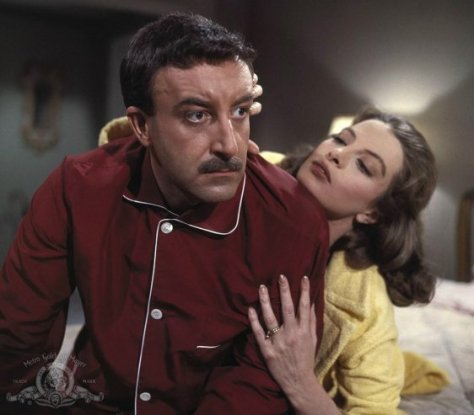 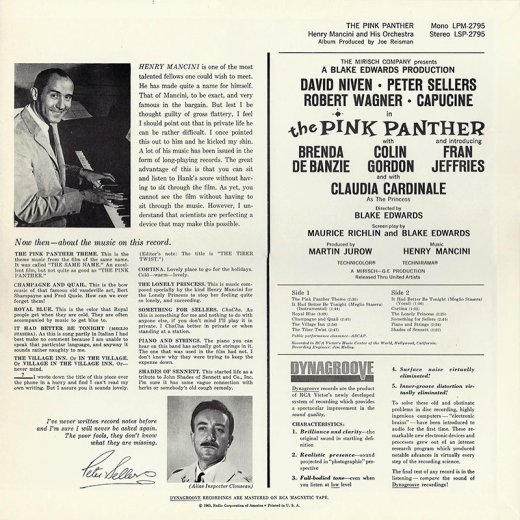 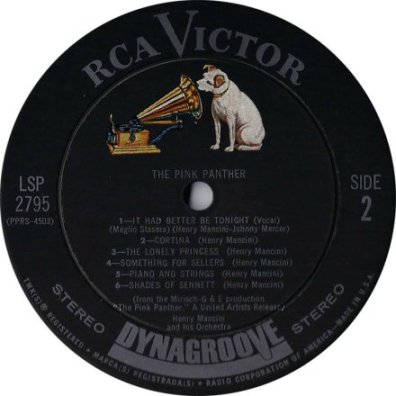