Vertigo Records is a record company, which originated in the United Kingdom. It was a subsidiary of the Philips/Phonogram record label, launched in 1969 to specialise in progressive rock and other non-mainstream musical styles. Today it is operated by Universal Music UK.

Vertigo was the brainchild of Olav Wyper when he was Creative Director at Phonogram. It was launched as a competitor to labels such as Harvest (a prog subsidiary of EMI) and Deram (Decca). It was the home to bands such as Colosseum, Jade Warrior, Affinity, Ben and other bands from ‘the “cutting edge” of the early-’70s British prog-folk-post-psych circuit’. The first Vertigo releases came with a distinctive black and white spiral label, which was replaced with Roger Dean’s spaceship design in 1973.

Vertigo is a division of Island Records in the United States and operates as Virgin EMI Records in the UK, which in turn is a frontline music group operation of Universal Music UK. In Germany, Vertigo has merged with Capitol Records and is mainly used for German rock artists. The label’s legacy artists include Metallica (outside the US and Canada), Razorlight, Rush (Europe) and Dire Straits (except the US). More recent signings include The Rapture, The Killers (UK/Ireland), One Night Only, Amy Macdonald, Noisettes and Thee Unstrung 2004-2005 and Kassidy in 2009. Black Sabbath returned to the label in 2013 (including the US and Canada for the first time via sister label Republic) until their dissolution in 2017 although former sister label Sanctuary Records Group acquired international rights to their back catalogue in the interim (the band were last on Vertigo in 1987). (by wikipedia)

And here´s a damn good sampler, the first sampler of the legendary Vertigo Label:

progressive — psychedelic boutique, Harvest. Overall, for a label sampler, this was a better than average double slab of vinyl, with tried-and-true heavy cuts (from Black Sabbath, Uriah Heep, Juicy Lucy, May Blitz) jostling for space with lighter stuff (Magna Carta, Dr. Strangely Strange). Rod Stewart turns up as well, with an early solo outing on “Handbags and Gladrags.” (by Steven McDonald)

The title of this double label sampler leads one to believe that there were plans for an annual release, but Vertigo never got any further than 1970. Contrary to the ‘Heads together’ sampler, this one contains previously released material only and so serves quite succeedingly as an introduction to Vertigo’s miracles.The contents are chosen with taste: almost every track is among the best from the respective album and therefore this sampler comes recommended for anyone who wants to start to explore what the fuzz is all about.Red foliage surely is a favourite of Keef the album designer. This time a naked lady on a dotted hobby-horse fronts the landscape. A small boy dressed in parade uniform plays the drum and looks at her. Quite striking.

The lettering is chosen in accordance to the ‘annual’ idea and could have been taken from any children’s annual of the times.

Inside the horse’s head is displayed in a coloured negative photograph and also proudly quotes underground magazine ‘it’: Vertigo is the least pretentiously and most happily married of the ‘progressive’ labels to emerge from ‘neath the wings of the large record companies.

One of those indispensable samplers, with so much going for it – label design, musical quality, rare tracks, top audio and alluring cover pics – it has become a collectors item by own merits. One cut each from the sixteen first albums realeased by the label. Most represented here didn’t sell a lot back then and the originals can sometimes be hard to find or afford. I haven’t had or heard all of those so I can’t compare, but get the impression they picked the better or best from each.

Some compilations have at least one downer regarding track choice or audio. On here I can’t find one thing less than marvelous. From the happy-go-luckys Fairfield Parlour “In My Box” and Magna Carta “Going My Way” over the heavy Sabbath, Juicy Lucy and Uriah Heep cuts to the jazzier Nucleus, Colosseum and May Blitz it’s all tophole.

Vertigo was a highly collectable label . and this sampler is the best way to start with this cult label… 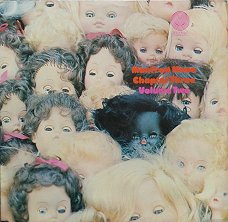 Second album from this band, and still delving further in experimentation – these things being relative, of course, but remember that these guys were pop writers just a year before this release. With an unchanged line-up and a strange artwork, this second albums takes off just where the previous had quit. The most logical step forward was the extension/lengthening of the tracks allowing for more instrumental interplay.

8-min opening track Lady Ace could’ve easily fitted on their previous album, with the difference that the brass section does get wilder than anything they had done on the first volume. Poor Sad Sue easily tops that with a free-jazz brass section solo before bringing things back to more conventional rock. Jump Before You with its African percussions and York improvising wildly on his bass, then the brass (first with a Moroccan feel) take over and a dissonant sax soloing away, is yet another perfect example of this unit still breaking new grounds. Good To Be Alive is more reminiscent of their debut album, but it is a creeper. The extended 16-min track Happy Being Me is full of great soloing (including Mann on piano) and some outstanding wind-works from Harold Becket and Nick Evans (of Keith Tippett fame)

Legend has it that a third album was recorded but the tapes lost, but one thing is certain, that record would’ve been another step towards nirvana. Instead the Chapter Three will break up and Manfred will take Hugg with him to found another superb group , the Earth Band which will make plenty of excellent records (but the first two albums were a clear step backwards) but in a rockier direction than here. (by Sean Trane)

Manfred Mann´s Chapter Three was one of his finest groups ! Jazz-Rock par exellence ! 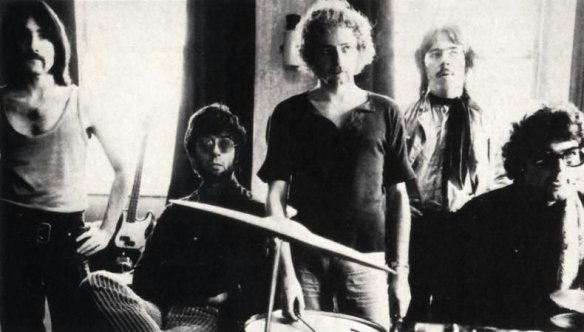