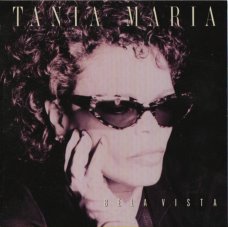 Born in São Luís, Maranhão, northern Brazil, Tania Maria began playing the piano at the age of seven, became a leader at the age of 13, when her band of professional musicians, organized by her father, won first prize in a local music contest and went on to play for dances, in clubs and on the radio. Her father, a metal worker and a gifted guitarist and singer, had encouraged her to study piano so that she could play in his weekend jam sessions, where she first absorbed the rhythms and melodies of samba, jazz, pop music and Brazilian chorinho. Since then, she has never worked in anyone else’s group. She has a degree in law, married early and had children.

Maria’s first album, Apresentamos, was released in Brazil in 1969, followed by Olha Quem Chega in 1971, but it was a move to France in the late 1970s that exploded her onto the international scene. At a concert in Australia, her formidable musical precision and freewheeling spirit caught the attention of the late American guitarist, Charlie Byrd, who recommended her to the late Carl Jefferson, founder of Concord Records.

Maria has played virtually every important jazz festival in the world and has appeared on countless television and radio programmes. She has recorded more than 25 albums and in 1985 was nominated for a Grammy Award in the category “Best Jazz Vocal Performance, Female”. She has performed at venues such as the Blue Note and festivals including the Monterey Jazz Festival in ’81, ’83 and ’89, Saratoga Jazz Festival, JVC Jazz Fest 1991, Montreux Jazz Festival, New Orleans Jazz & Heritage Festival, Puerto Rico Heineken Jazzfest 2001, Malta Jazz Festival 2003 at Maltese Islands, Novosadski Jazz Festival 2004, Belgium’s Jazz Middelheim 2007, and she has played with such greats as Steve Gadd,

This is one of my favorite recordings of jazzy Brazilian pop. The ensembles are so tight and the groove is so sexy, you want to eat it for lunch. Tania Maria has a band of tigers like Steve Gadd and Lew Soloff at her command and leads them through an incredible jungle of original tunes and two great covers — you’ve never heard “Satisfaction” or “I Can’t Give you Anything But Love” sassed up this way. The recording has both irresistible, driving tunes in which Maria’s skats carry you all over the map and luscious, indolent ballads. Beautiful production, stellar sidemen, Maria at top strength — it doesn’t get much better than this. (by Anne Hendrickson)

Listen to an album of Tania Maria always will be an unforgettable experience. Excellent pianist, great songwriter and interesting singer, gives us a great album, recorded in 1990, with beautiful and eclectic topics. Excellent version of “Satisfaction” and “210 West”.
Great musicians accompany her as Lew Soloff on trumpet, Will Lee on bass and Steve Gadd on drums and the percussionists Manolo Badrena, Luis Conte and Sammy Figueroa. Tremendous musical production. (by Manuel Carranza)