Dutch (b Norman) Mason. Singer, guitarist, pianist, b Lunenburg, NS, 19 Feb 1938, d Truro, NS, 23 Dec 2006. Raised in Kentville, NS, he played several instruments during his youth, including drums in a jazz band. The earliest of his own groups, which worked around Nova Scotia during the mid-1950s, were in a rock ‘n’ roll or ‘rockabilly’ style. Mason, a singer, pianist and guitarist, was introduced to the blues via recordings of B.B. King, who would remain an important influence. Mason performed in Toronto as early as 1959, but based his career in Nova Scotia. During the 1970s he performed in a succession of blues bands in a variety of bars such as Sullivan’s in Halifax and the Wyse Owl in Dartmouth. He tirelessly toured Canada as part of the Dutch Mason Trio with musicians such as bassist Ronnie Miller and drummer Ken Clattenburg, building an audience for the blues and earning the nickname “Prime Minister of the Blues.”

As his reputation for being a colourful performer in a tough, fundamental, urban blues style grew during the late 1970s and the 1980s, he began working on the club circuit across the country, appearing frequently at the Rising Sun in Montreal and Albert’s Hall in Toronto.

Mason was one of the original inductees to the Canadian Jazz and Blues Hall of Fame, and in 2005, Norman Byron (Dutch) Mason became a Member of the Order of Canada.

Great debut album from the late Dutch Mason. “The Blues Ain’t Bad” is pure, unassuming, straightforward Blues/R&B. The guy never compromised his music, and there are some great covers here of songs by Willie Dixon, Ray Charles, B.B. King, A. Toussaint, Robert Johnson and others, all played in the great traditional blues style. (by overdoseoffingalcocoa) 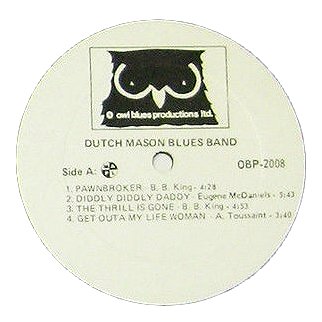 And this is the story of a very fine Blues-Rock band from Canada:

Norman Byron Mason was born Feb. 19, 1938 in Lunenburg, Nova Scotia to professional musician parents. Father played stand-up bass and drums and mother played piano. Moved with his family at the age of 11 to Kentville where they called him Dutchie because of his strong south-shore accent. At the age of 14 he started playing drums in a dixieland band with his parents.  At 16 learned to play guitar while hanging out with the Black guys in the community of Gibson Woods. His heroes were Carl Perkins, Jerry Lee Lewis and Elvis. First band was called the Wreckers followed by Dutch Mason And The Esquires. Went on the road at 19 playing dance halls around the Maritimes. Forgot about rock and roll after hearing “Sweet Little Angel” by B.B. King and knew from this point on he wanted to play the Blues.

In 1970 Dutch recorded his first album entitled “At The Candlelight”. The album was actually recorded at Bicentennial Junior High School one Sunday morning in about 4-5 hours. The band was paid a bucket of chicken and two quarts of bootleg rum to record the album.

In 1973 became the house band at the Wyse Owl Tavern in Dartmouth, N.S., where they stayed for 13 months before moving to Toronto. Returned home in 1978 and recorded two albums for Attic Records. In the early 80’s Dutchie
had to leave the guitar playing to others due to arthritis and diabetes. Took a nearly ten year break from recording. Was appointed the title “Prime Minister Of The Blues” by his hero B.B. King at a King concert in Toronto that Dutchie attended.

1990 saw Dutch return to the recording studio to record his first record for Stony Plain, logically titled “I’m Back!”. The album utilized musicians from the Johnny Winter Band, Downchild Blues Band and others.

In 1991 Dutch performed on the Juno Award-winning disc, “Saturday Night Blues: The Great Canadian Blues Project Volume 1” – a joint WEA/Stony Plains/CBC Variety project, based around the CBC Radio show, “Saturday Night Blues”. Amongst the 20 blues artists on this disc was also the Drew Nelson Band with whom Dutch recorded “You Can’t Have Everything” in May-July 1992. The album consisted of several Drew Nelson songs as well as some cover versions. That same year, Dutch won the first annual “Great Canadian Blues Award” by listeners of the CBC show.

1996 release “Appearing Nightly” are tracks that were recorded in 1980 when Dutch still played guitar. His style and feel on guitar was influential on several Nova Scotian guitar players. Dutchie has always preferred to play in bars where he his closer to the people than in concert halls or arenas.

Dutch has received several awards including the first East Coast Music Awards lifetime achievement award, a Juno award, CBC Radio’s Saturday Night Blues Award and has an award named after him at the Harvest Blues Festival in Fredericton. 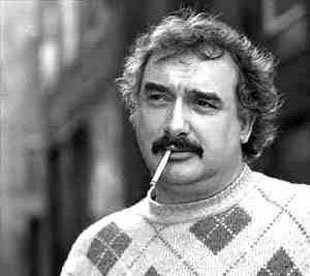 Dutch passed away in his sleep on Dec. 23/2006 at the age of 68. At the time of his passing, Dutch lived in Truro, Nova Scotia and still did occasional gigs although he was confined to a wheelchair. (by Jim Rice)

This brilliant album was highlighted by the traditional covers of blues classics such as Willie Dixon’s “Young Fashioned Ways,” T Bone Burnette’s “Boss Man,” and Big Joe Turner’s “Honey Hush,” as well as three tracks written by Mason’s bandmates – including the single written by Gary Blair – “Mister Blue.” But by this point Mason’s arthritis had gotten so severe he was barely ever taking the stage. Coupled with diabetes complications, it prevented him from recording or playing more than the occasional show for the nearly a decade. So, this was the last album from the first period of the Dutch Mason Blues Band ! 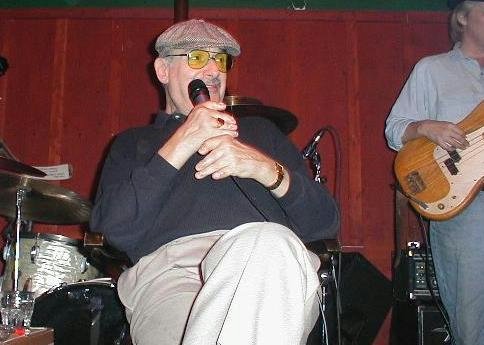 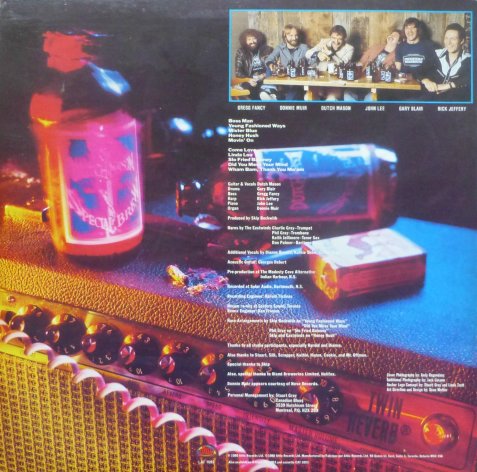