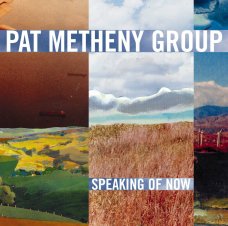 Speaking of Now is an album by the Pat Metheny Group, released in 2002 by Warner Bros. It marks the first appearances of Group members Antonio Sánchez, who replaced Paul Wertico on drums, and multi-instrumentalist Cuong Vu. A veteran of the avant-garde jazz scene and an admirer of both Pat Metheny and the Group, Vu was approached by the bandleader to join; Metheny had been very impressed with recordings of Vu’s trumpet playing and vocal abilities.

Cameroonian musician Richard Bona also participated in the album’s recording and tour, the latter of which particularly showcased his abilities on vocals and bass guitar.

In 2003, as part of the album’s promotion, a concert was recorded in Japan and released on DVD and the Group performed on the PBS series Austin City Limits. (by wikipedia)

Speaking of Now finds guitarist Metheny leading a retooled Pat Metheny Group; in addition to longtime core members, keyboardist Lyle Mays and bassist Steve Rodby, the Group now includes drummer Antonio Sanchez, trumpeter/vocalist Cuong Vu, and Richard Bona, who’s best known as a bassist, but who functions primarily as the Group’s percussionist/vocalist. The result is an exquisite album that features fresh new musical perspectives while losing none of the Group’s familiar wide-ranging, melodic, always accessible sound. Most of the tracks on Speaking of Now were composed by Metheny and his longtime collaborator Mays, although three tracks were composed solely by Metheny. 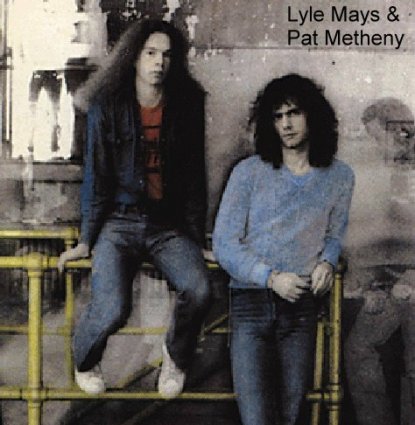 There’s a buoyant feel to this album that is not to be confused with lightness. This is complex, intricately detailed music that reveals additional layers with each listening. Metheny seems to delight in discovering the myriad means by which his prodigiously accomplished bandmembers can provide coloration to the compositions, both within the larger group and in solo spotlights. Sanchez’s rhythmic agility and sensitivity is featured throughout, particularly on “The Gathering Sky,” which begins as a sparkling, piano-led number and then transforms into a grooving band jam. One of the album’s many solo highlights comes during “Proof,” where Vu turns in a poignantly lyrical trumpet solo that is followed by an electrifying, steadily intensifying solo by Mays. Vocals have long been part of the Metheny Group sound, but now he is utilizing them in new ways; “Another Life” opens with Bona and Vu harmonizing on a chorale that leads into the artist’s delicate acoustic guitar work, while Bona provides sweet vocalizing over Metheny’s guitar on the beautiful, soaring “You.” Every track on Speaking of Now possesses a distinct beauty and eloquence. This is a superb offering that is not to be missed. (by Lucy Tauss) 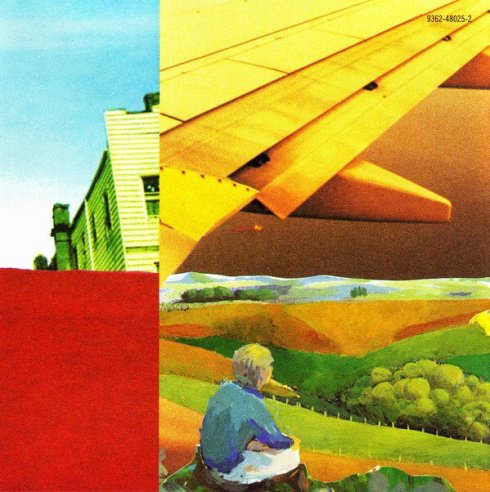 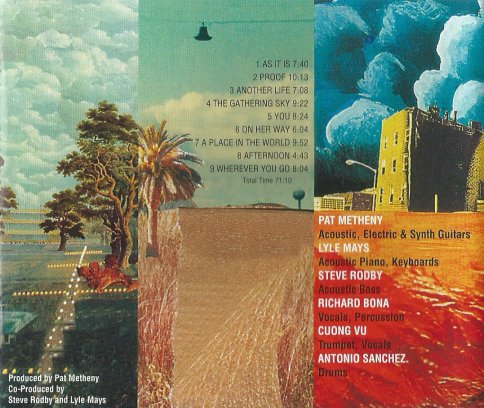 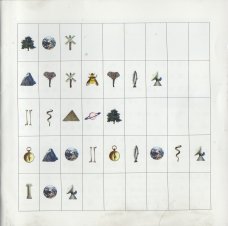 Imaginary Day is an album by the Pat Metheny Group, released in 1997 by Warner Bros. Records. The album won the 1999 Grammy Award for Best Contemporary Jazz Album, while “The Roots of Coincidence”, an uncharacteristically aggressive song with hard rock-inspired sections, won Best Rock Instrumental Performance. This album marks the final appearance of longtime drummer Paul Wertico, who would leave in 2001 before the recording of Speaking of Now to work on other projects.

The album leans heavily toward world fusion, drawing upon a variety of global influences. Indonesian styles are particularly pronounced, with Balinese gamelan music appearing in “Imaginary Day” and “Into the Dream”. “The Heat of the Day” demonstrates repetitive hints of Iranian folk music. Imaginary Day also showcases the Group’s first (and thus far, only) forays into rock music and drum and bass with “The Roots of Coincidence”. In “The Awakening”, the album concludes with strongly Gaelic melodies. “The Awakening” and “Follow Me” have been played on The Weather Channel during Local on the 8s.

The liner notes use an image substitution cipher throughout. The CD and CD tray can be lined up to one of three different keys (red, yellow or blue) to translate the majority of the liner notes, which include quotations from authors as well as a short essay by Metheny and Rodby. For example, lining up the arrow on the CD to the red square on the CD tray will decode the front cover as “PAT METHENY GROUP IMAGINARY DAY”. Cover art by Stefan Sagmeister. (by wikipedia) 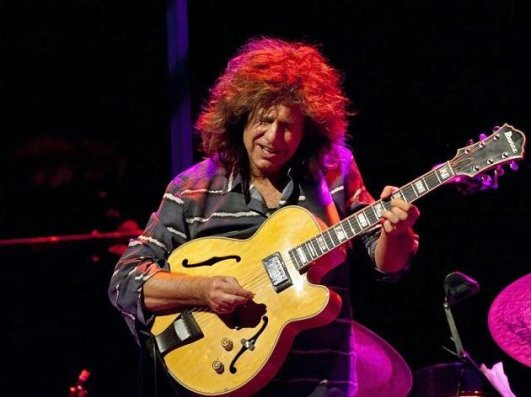 More than ever, the Pat Metheny Group is into creating thick, exotic, electronic sonic landscapes, and Imaginary Day goes even further out on the cutting edges of technology and global influences than its predecessors. The floating Metheny group signature is often present but with radically reworked textures, and Brazil seems to be off his international itinerary, replaced by whiffs of repetitive Iranian folk music, Balinese gamelan music, and other global influences. Indeed, Metheny only sounds something like his familiar soft-focused self on “A Story Within the Story,” playing what amounts to a fine hard bop solo, and the song-like “Across the Sky.” At all other times, he expands his sonic palette on various guitar synthesizers and newly minted guitar mutations, at one point assigning an entire solo piece, “Into the Dream,” to the 42-string “pikasso guitar,” which sounds like a glittering African zither. “The Roots of Coincidence” is a total departure for the group, a gleefully hard-edged, out-and-out rock piece with thrash metal and techno-pop episodes joined by abrupt jump cuts. Along with his core lineup of Lyle Mays, Steve Rodby, and Paul Wertico, Metheny also includes the duo of multi-instrumentalists Mark Ledford and David Blamires adding various horns and things, and four top-line percussionists — Mino Cinelu, Dave Samuels, Glen Velez, and Don Alias — replacing departing member Armando Marcal. Through all the experiments, the Metheny Group’s music remains uplifting, intelligent, and always accessible to the casual and attentive ear in the late ’90s, even as it becomes more portentous. The “words” on the cover art and booklet are written in some kind of strange Esperanto alphabet, with symbols and objects replacing each letter, but there are enough translations in plain English to get you through. (by Richard S. Ginell)

A mouthwatering reunion of a classic quartet. With Pat Metheny, Steve Swallow and Antonio Sanchez.

Way back in the 1960s, Gary Burton was one of a generation of young jazz trailblazers who embraced the rhythm and and energy of rock music, creating music that spoke to a new audience worldwide. His ability to find great guitarists is the stuff of legends – the original quartet included Larry Coryell – John Scofield, Kurt Rosenwikl and the latest prodigy, Julian Lage, have all passed through the quartet’s ranks.

In the mid 70s, Burton recognised the young guitarist’s massive talent – as a member of the quartet, Metheny toured and recorded three albums for ECM before leaving to form his own band….and the rest of the story is that of perhaps the most prolific and admired musicians to emerge from the world of jazz. Gary Burton, of course, continues to create extraordinary soundscapes with his shimmering and intensely melodic vibraphone improvisations.

The reunion of Burton and Metheny in the quartet setting that marked their first work together is positively mouth-watering. This is no trip into nostalgia, however – both artists are tirelessly inventive, and the music they will make together is sure to retain the freshness and invention that characterised their first meetings. What’s more, the bass chair is occpied by one Steve Swallow, whose switch from acoustic to electric back in the 60s – as a charter member of the original Burton Quartet – caused many raised eyebrows amongst the jazz traditionalists of the day – and he remains one of the masters of the instrument. Antonio Sanchez, however, is today’s find – Metheny’s current drummer of choice, he’s one of the most powerful drummers around.

In this special concert the shimmering sounds of Burton’s vibraphone are re-united with Metheny’s lyrical guitar solos and master bassist Steve Swallow in what promises to be one of this year’s international jazz milestones. — barbican.org.uk 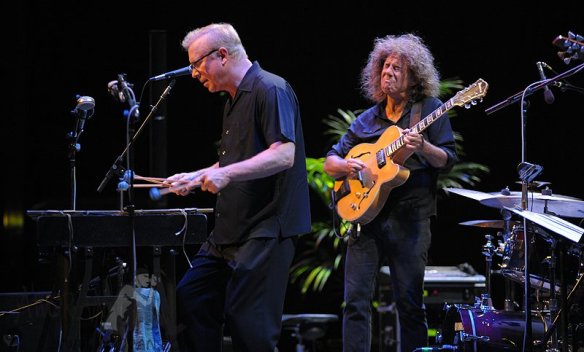 NDR Bigband – The Hamburg Radio Jazz Orchestra is the premiere orchestra of German public radio in Hamburg. The prized group is considered to be one of the best European jazz big bands and has won great International acclaim because of its original and forward-looking music, including well-documented recordings and performance collaborations with a virtual “Who-Who” of jazz and other music legends.

Among those who have performed with the Hamburg Radio Jazz Orchestra are Dexter Gordon, Chet Barker, George Coleman, Dee Dee Bridgewater, Tomasz Stanko, Art Farmer, Don Cherry, McCoy Turner, Lionel Hampton, Benny Golson, Johnny Griffin, Carla Bley, and Wayne Shorter. The very first jazz concert of the Orchestra took place in May 1974 in the Hamburg “Fabrik”. Since that very moment, they have become steadily and increasingly well-known, appearing on stages in Copenhagen, Nuremberg, Chicago, New York, Paris, London, and even as far away as Beijing.

Hamburg’s NDR Bigband has also taken part in many exceptional artistic projects which often come out of the jazz music frames such as The Theatre of Kurt Weil, Aus der Kürze des Lebenswith the poems by Ernst Jandel – for this purpose written by Dieter Glawischnig, or the music of both Jimi Hendrix and Frank Zappa.

For many years, the Ensemble has successfully reached for the compositions of Polish jazzmen. One of such projects was the recording session for a radio broadcast of NDR together with Tomasz Stanko, entitled The Music of Krzysztof Komeda. Another example of such projects is the CD being recorded with Jan Wroblewski (nickname “Ptaszyn”) under the title Jazz from Poland.

Al Jarreau gave his opinion about the Hamburg Radio Jazz Orchestra with these words: “There aren’t too many big bands on this planet, but Hamburg has one of the best. I love it!” (by inarhymerecords.com)

And now it´s time to enjoy a rare and really beautiful concert with the NDR Big Band and some fine guests … and you´ll hear music from Stephen Still to John Coltrane … what a mix !

Recorded live at the Jazz Baltica Salzau on July 1, 2006 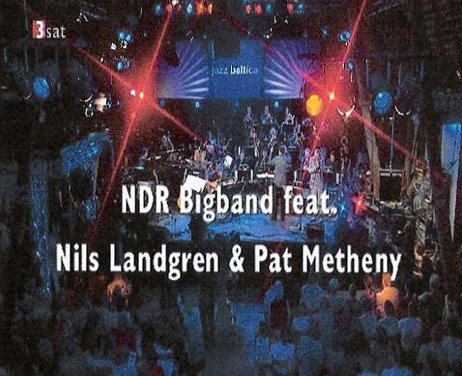 Beyond The Missouri Sky won the 1998 Grammy Award for Best Jazz Instrumental Performance, Individual or Group. Metheny and Haden have a lot in common. They’re two of the most respected musicians at the vanguard of contemporary jazz, and they’ve worked together in Metheny’s own band as well as with people like Ornette Coleman, Abbey Lincoln and Michael Brecker. They’re both innovators who’ve blazed new trails on their respective axes. They’re also both from small towns in Missouri, which is the underlying theme of this collaboration. Essentially an acoustic duet album, MISSOURI SKY finds these old friends joining together to paint an aural landscape that evokes the wide open spaces and heartland Americana of the place where they grew up. The album mixes original tunes by Haden and Metheny with some carefully chosen outside material, including Jimmy Webb’s “The Moon Is A Harsh Mistress” and Roy Acuff’s “Precious Jewel.” All the tunes on the album benefit from the precision and grace of Metheny’s acoustic guitar and the thoughtful fluidity of Haden’s bass. Principally recorded at Right Track Studio, New York, New York in 1996. Includes liner notes by Charlie Haden and Pat Metheny. . Q (5/97, p. 122) – 4 Stars (out of 5) – “… some of the most elegant, eloquent duets you could wish for…” Down Beat (4/97, p. 50) – 4 Stars (out of 5) – “… Almost hypnotically slow and whispered, the 13 ‘short stories’ of BEYOND THE MISSOURI SKY have a cumulative lulling effect that induces relaxation at the least, and total stupor at best… ” (by CD-Universe)

The bassist Charlie Haden, who helped change the shape of jazz more than a half-century ago as a member of Ornette Coleman’s groundbreaking quartet and liberated the bass from its traditional rhythm section role, died on Friday in Los Angeles. He was 76.

Haden’s wife of 30 years, the singer Ruth Cameron, and his four children were by his side when he died after a prolonged illness, said publicist Tina Pelikan of ECM Records. (The Guardian) 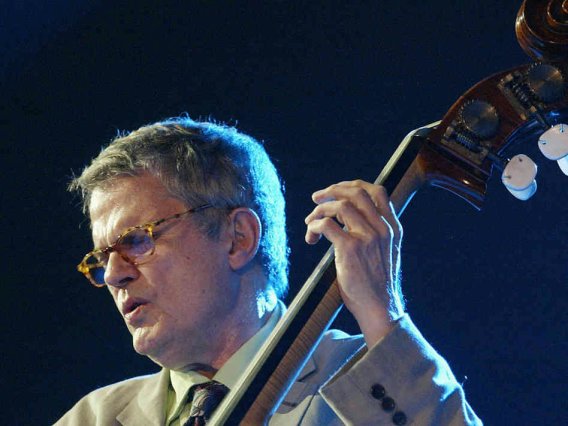 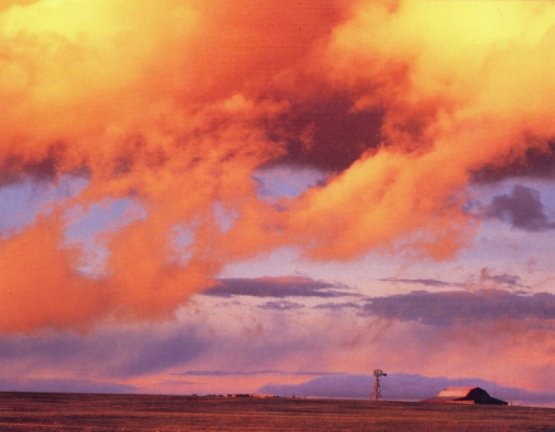 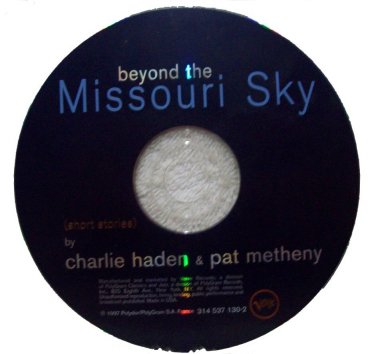