Raul Midón is a contemporary singer/songwriter whose impassioned acoustic guitar playing — a mix of rock, classical, and flamenco — has gotten him just as much attention as his smooth, relaxed voice. Blind since birth, Midón was born in Embudo, New Mexico, to an Argentine father and American mother. He began playing drums early in his childhood before switching to guitar, taking in flamenco, jazz, and classical styles on his chosen instrument. He relocated to Miami for college in the ’90s and while there moonlighted as a background vocalist for Latin pop recording sessions. Midón was a remarkable talent even then, and word quickly spread of his talent as a singer and guitarist, one inspired by a crop of artists including Hermeto Pascoal, Joni Mitchell, James Taylor, and Bill Withers.

As a solo artist, Midón made his debut on RCA with Gracias a la Vida (1999), after which he relocated to New York, where he concentrated on a solo career. Following the independent release Blind to Reality (2001), he signed with the EMI-distributed Manhattan label and released State of Mind (2005) and World Within a World (2007). The former featured appearances from Stevie Wonder and Jason Mraz and cracked the Billboard 200 chart. A short stint with Decca produced Synthesis (2010), highlighted by a cover of the Beatles’ “Blackbird”; the same year, a performance in support of Marcus Miller was documented on A Night in Monte Carlo. Invisible Chains: Live from NYC (2012), self-released, preceded an association with Mack Avenue subsidiary Artistry for Don’t Hesitate (2014) and Bad Ass and Blind (2017). (by by Wade Kergan)

Hailed as one of the breakout releases of 2005, blind guitarist Raul Midón’s major-label debut generally justifies the hype. He is a stunning acoustic guitarist with a percussive, at times Latin style, and a silky, inviting singer straight out of the Stevie Wonder/Donny Hathaway school. (Wonder plays on one track and Hathaway is the subject of another.) Midón’s major-label debut was co-helmed by Arif Mardin, the legendary producer behind Norah Jones’ successful first release. While musically there isn’t much common ground between the two artists, Mardin’s subtle, airy approach works perfectly here. He lets Midón’s expressive voice and nimble acoustic guitar set the tone, adding hints of percussion, flute, vibraphone, acoustic bass, wispy keyboards, and occasional backing vocals to flesh out the songs. 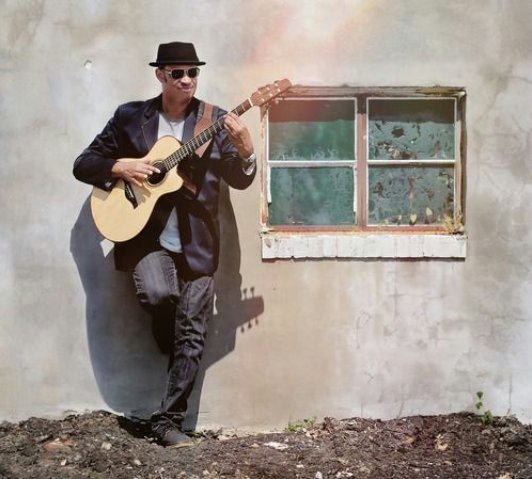 It’s a successful formula, beefing up the music without making it overly slick. Despite the vocal similarity to Wonder, Midón establishes his own sound, singing uplifting songs of love and life with Latin and jazz flourishes that marinate in the stripped-down, acoustic arrangements. It’s pleasant enough, but even with a few left turns such as the fiery conga- and flute-driven spoken word “I Would Do Anything,” the style and songs tend to get a little repetitious as the album creeps past its midpoint. Unlike Wonder, Midón’s lovely, smooth quiet storm voice doesn’t shift often enough to a harsher side, something that would help this album shift gears out of cruise control and Sunday morning brunch mode. Regardless, this remains a beautifully focused and mature work. Midón has already found his voice and the intermingled jazz/Latin/folk/soul qualities indicate a musician who can move in any one of a number of directions after this impressive start. (by Hal Horowitz) 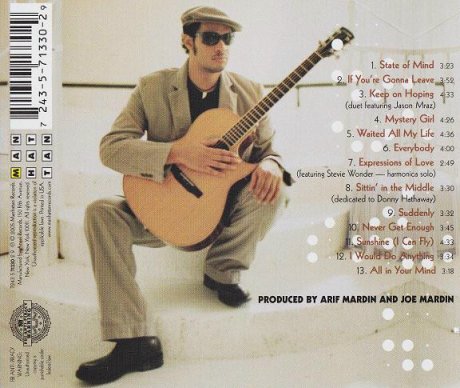