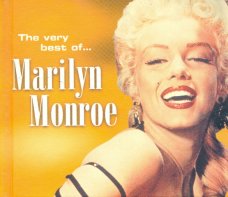 One of the earliest and most enduring sex symbols of Hollywood, Marilyn Monroe was a talented actress who began a career as a model before foraying into films. The product of a broken home, she did not even know the identity of her biological father. Named as Norma Jeane Mortenson at birth, she spent most of her childhood in foster homes as her mother was mentally unstable and incapable of raising her daughter on her own. The little girl endured a harsh childhood marked by abuse and apathy due to which she suffered from several mental problems later in her life. As a young woman she stared modeling for The Blue Book Modeling Agency and soon became a very successful model thanks to her striking beauty and grace. Eventually she moved on to films, initially appearing in minor roles before bagging more substantial ones. She soon developed an image of a sex symbol by appearing without clothes for the ‘Playboy’ magazine. As an actress she acted in several successful films like ‘The Asphalt Jungle’, ‘The Seven Year Itch’, and ‘The Prince and the Showgirl’. However the final years of her brief life were marked by mental illnesses and alcoholism. Her life was snuffed out untimely when she was just 36 by an overdose of sleeping pills. (thefamouspeople.com)

Marilyn Monroe, as an actress, I can only stand in small doses. Her movies are excellent, all of them have something worthwhile and redeeming – even the more mundane offerings like ‘Bus Stop’ and ‘Niagra’ are finely-crafted pieces of film – and the more sublime ones like ‘Gentlemen Prefer Blondes’ and ‘Some Like It Hot’ are honest-to-God classic examples of the comic genius of both 1950s Hollywood and Monroe herself.

For all that, however, I can still only watch the pink and fluffy Goddess for short bursts before I long for something that takes itself a little more seriously.

And that’s when I turn to this!

Monroe as a singer I could listen to forever and a day. Worthy of a far higher degree of praise than popular culture has traditionally accorded her, Monroe’s singing is a very rare experience indeed. Her range is impressive, and her style is actually quite thought-provoking – listen to the contrast between the bubblegum-light ‘Down In The Meadow’ and the melancholic, heavy ‘River of no Return’, and you’ll appreciate the fact that, at least as a singer, Monroe was more than capable of shrugging off her Fantasy Gal image for a deeper and more developed means of communication.

This CD is particularly noteworthy for having all the classics, and also some rarer gems like ‘I’m Gonna File My Claim’ and ‘After You Get What You Want, You Don’t Want It’, both great numbers that are so often omitted from Monroe anthologies and such. Her interpretation of ‘A Fine Romance’ is one of the best ever, and her pairing with the immaculate Jane Russel on ‘Little Girl from Little Rock’ is worth the price of the CD alone.

If you look at all of the most vocally revered female songstresses of this period – Billie Holiday, Nina Simone, Judy Garland – all of them have very fine voices, and an unusual vocal ‘hook’ – Billie’s high acid melancholia, Nina’s deep bass ad-libbing, and Judy’s rolling, emotional high notes – and Monroe is no different.

Her quivery, quirky soprano is fascinating to listen to, and matches her public personality as well as Ms. Julie Andrews’ voice matches hers. It brings great depth to what would otherwise have been a relatively ordinary voice – but that’s an advantage true of all singers.

One to own and listen to again and again, ‘The Very Best of Marilyn Monroe’ is something anyone with an appreciation of female vocalists will absloutely treasure. (by Review Lover) 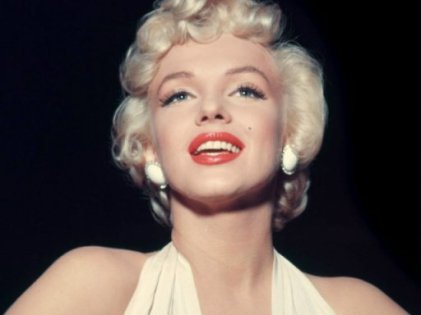