More Blues and the Abstract Truth is an album by American jazz composer, conductor and arranger Oliver Nelson featuring performances recorded in 1964 for the Impulse! label.

Unlike the original classic Blues and the Abstract Truth set from three years earlier, Oliver Nelson does not play on this album. He did contribute three of the eight originals and all of the arrangements but his decision not to play is disappointing. However there are some strong moments from such all-stars as trumpeter Thad Jones, altoist Phil Woods, baritonist Pepper Adams, pianist Roger Kellaway and guest tenor Ben Webster (who is on two songs). The emphasis is on blues-based pieces and there are some strong moments even if the date falls short of its predecessor. (by Scott Yanow)

Billed as a follow-up to Nelson’s 1961 triumph The Blues And The Abstract Truth, (Impulse A-5, including Bill Evans!), it doesn’t quite scale the same heights, but it is a thoroughly listenable offering, which has its moments (if not Stolen Moments). Ben Webster, Phil Woods, Thad Jones and Pepper Adams add their distinctive voices to the ensemble, with Nelson’s arranging skills well on display. Mixed in with the jazz heavyweights are relatively unknown and rising stars Roger Kellaway (piano) Phil Bodner (tenor) Daniel Moore (trumpet) together with the well-seasoned hands of Grady Tate and Richard Davis.

I’m not sure what “Abstract Truth” means in this context, but it sure sounds intellectually impressive, so let’s have more of it. Lights! Camera! Abstract Truth! ..and…Action!… (londonjazzcollector.wordpress.com 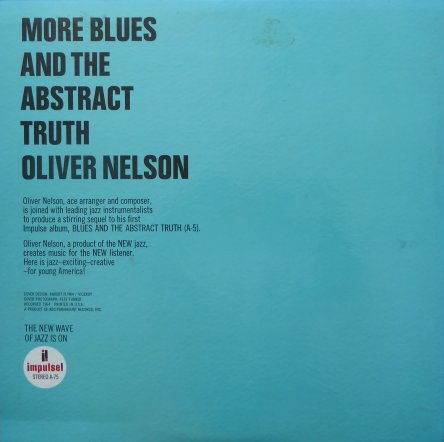 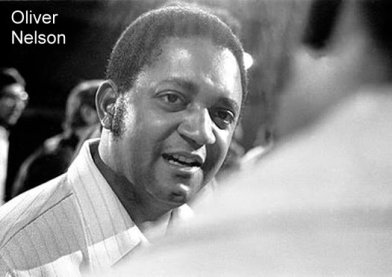