I Do Not Want What I Haven’t Got is the second album by Irish singer Sinéad O’Connor, released in March 1990 on Ensign/Chrysalis Records. It contains O’Connor’s version of the Prince song “Nothing Compares 2 U”, which was released as a single and reached number one in multiple countries. The album was nominated for four Grammy Awards in 1991, including Record of the Year, Best Female Pop Vocal Performance, and Best Music Video, Short Form for “Nothing Compares 2 U”, winning the award for Best Alternative Music Performance. However, O’Connor refused to accept the nominations and award.

The critically acclaimed album contains O’Connor’s most famous single, “Nothing Compares 2 U”, which was one of the best selling singles in the world in 1990, topping the charts in many countries including the United States, United Kingdom and Canada. This rendition of the Prince song reflected on O’Connor’s mother who lost her life in an auto accident five years earlier.[5][6] The single “Emperor’s New Clothes” found more moderate success, although it did top the Modern Rock Tracks chart in the US.

The album includes O’Connor’s rendition of “I Am Stretched on Your Grave”, an anonymous 17th century poem, originally written in Irish and translated into English by Frank O’Connor and composed by musician Philip King in 1979.[7][8] The first song on the album, “Feel So Different”, starts with The Serenity Prayer by Reinhold Niebuhr.

The inner sleeve notes acknowledge Kabbalah teacher, Warren Kenton: “Special thanks to Selina Marshall + Warren Kenton for showing me that all I’d need was inside me.”

I Do Not Want What I Haven’t Got received critical acclaim. In 2003, the album was ranked number 406 on Rolling Stone magazine’s list of The 500 Greatest Albums of All Time.(by wikipedia)

I Do Not Want What I Haven’t Got became Sinéad O’Connor’s popular breakthrough on the strength of the stunning Prince cover “Nothing Compares 2 U,” which topped the pop charts for a month. But even its remarkable intimacy wasn’t adequate preparation for the harrowing confessionals that composed the majority of the album. Informed by her stormy relationship with drummer John Reynolds, who fathered O’Connor’s first child before the couple broke up, I Do Not Want What I Haven’t Got lays the singer’s psyche startlingly and sometimes uncomfortably bare.

The songs mostly address relationships with parents, children, and (especially) lovers, through which O’Connor weaves a stubborn refusal to be defined by anyone but herself. In fact, the album is almost too personal and cathartic to draw the listener in close, since O’Connor projects such turmoil and offers such specific detail. Her confrontational openness makes it easy to overlook O’Connor’s musical versatility. Granted, not all of the music is as brilliantly audacious as “I Am Stretched on Your Grave,” which marries a Frank O’Connor poem to eerie Celtic melodies and a James Brown “Funky Drummer” sample. But the album plays like a tour de force in its demonstration of everything O’Connor can do: dramatic orchestral ballads, intimate confessionals, catchy pop/rock, driving guitar rock, and protest folk, not to mention the nearly six-minute a cappella title track. What’s consistent throughout is the frighteningly strong emotion O’Connor brings to bear on the material, while remaining sensitive to each piece’s individual demands. Aside from being a brilliant album in its own right, I Do Not Want What I Haven’t Got foreshadowed the rise of deeply introspective female singer/songwriters like Tori Amos and Sarah McLachlan, who were more traditionally feminine and connected with a wider audience. Which takes nothing away from anyone; if anything, it’s evidence that, when on top of her game, O’Connor was a singular talent. (by Steve Huey) 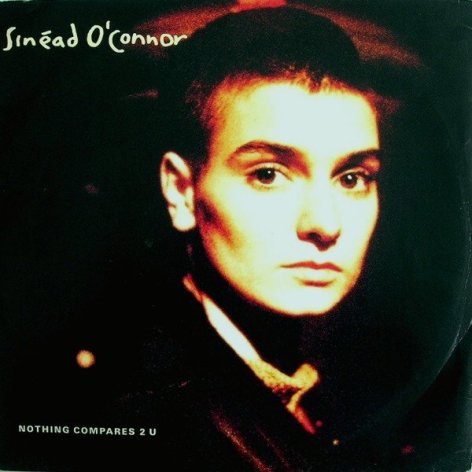 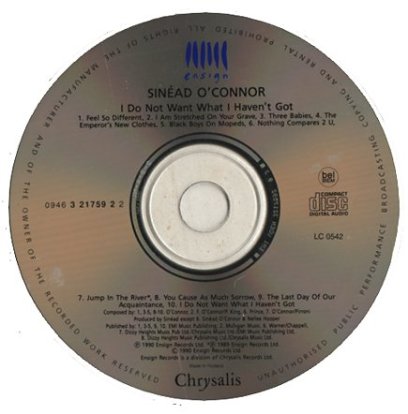 In the Chieftains’ four decades of recording, they’ve changed labels a handful of times, and each label has seen fit to record at least one or two collections of the band’s output under their tenure. At this point they have so many best-ofs and greatest-hits compilations, it’s tough for the listener to know the best of what they’re actually hearing. New millennium — new collection: the band’s longtime label, RCA Victor, has done the Celtic community a favor by releasing a collection that deals more with the band’s journey through their different phases as opposed to trying to reassemble a hits package. The end result is almost like listening to a radio station that only plays Chieftains songs. There are some live tracks, their countrified romp through “Cotton-Eyed Joe”; Van Morrison’s adult-contemporary “Shenandoah”; an unusual introduction of the bandmembers in Chinese; appearances from Sting, Diana Krall, and Art Garfunkel; and a couple of new recordings. The breezy cover of “Morning Has Broken” fares better than the hybridized “Redemption Song” (in fact, it’s a challenge to think of any instances of a successful Celtic/reggae alloy). The album will be enjoyed by Chieftains fans as a fun collection of songs they have never heard back-to-back before, and those looking for a greatest-hits collection will have plenty of other places to look. (by Zac Johnson) 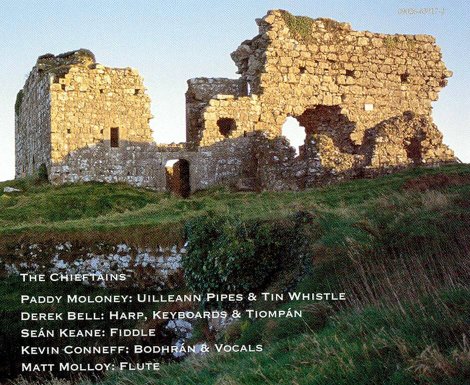