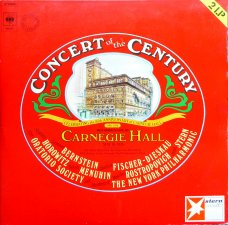 I guess this was a very special night at the Carnegie Hall, New York. This concert should celebrate the 85th anniversary of this legendary concert hall.

My uncle bought this double LP as a Christmas present for my father back when it first came out. It was recorded in celebration of the 85th anniversary of Carnegie Hall. That concert night featured Leonard Bernstein and members of the NYP, Isaac Stern, Rostropovich, Yehudi Menuhin, and of course, Dieskau and Horowitz! Bach’s double violin concerto in D minor is unpolished with Stern and Menuhin and the entire cast singing Handel’s “Hallelujah” from the Massiah at the end is a bit much and over the top.

Still, it was indeed a historical night and Dieskau and Horowitz’ performance of Schumann’s Dichterliebe made it so. A must have for anyone who loves this piece or wishes to fall in love with it. (Peter Chordas)

The performance of the slow movement of the rachmaninoff cello sonata is among the most touching recordings that have ever been made. (Joerg)

The performance of the slow movement of the rachmaninoff cello sonata is among the most touching recordings that have ever been made. (Pete)

All lovers of Lieder seem to have a certain passion and veneration for Fischer-Dieskau’s interpretation of Schumann’s Dichterliebe. It is appearant that this singer’s understanding of the music, his vocal capacity, his beautiful phrasing, clear diction, and his general (outstanding) musicianship enable him to communicate these Lieder in a way nobody else has done before (save maybe Hotter) or since.
In this live-recording he is supported by no other than Vladimir Horowitz! And the inspiration between these two artists works wonders. Horowitz’ playing in crucial moments of the cycle fx “Ich Grolle Nicht” adds a spiritual dimension to the interpretation that you do not get from Moore, Brendel or Demus. We are dealing with the best interpretation of this cycle ever conveyed to disc. (Tommy Nielsen)

And … listen to “Pater Noster” … unbelieveable music … I call this music … spiritual music, even I don´t believe in god ! 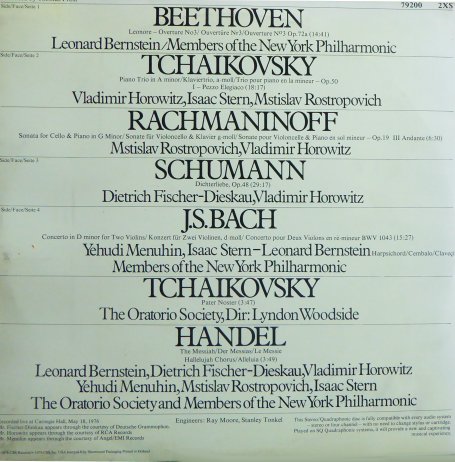 Members Of The New York Philharmonic conducted by Leonard Bernstein (on 01., 05. + 07.)
The Oratorio Society Orchestra conducted by Lyndon Woodside (o6. + 07.) 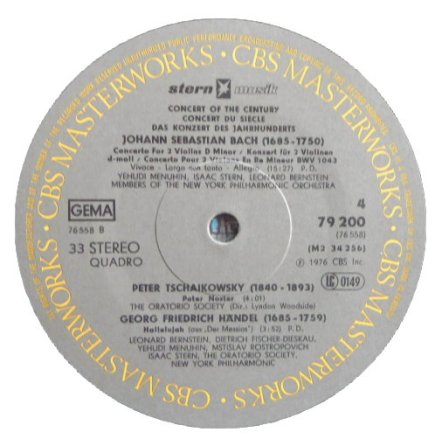