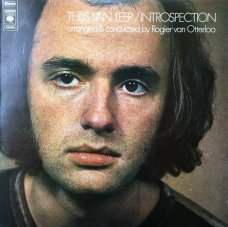 Thijs van Leer (* March 31, 1948 – Amsterdam, Netherlands) is a Dutch musician, singer and composer, best known for heading the Dutch progressive rock band, Focus, as primary vocalist, Hammond organ player, and flautist. He went on to release many solo albums which were also classical music and jazz based. His main instruments are flute and different types of organs. He also sings, yodels and whistles.

Thijs van Leer received his first flute at the age of eleven from his father, a classical flautist. He studied History of Art at Amsterdam University; after when he began studying flute and composition at the Amsterdam Conservatorium. He received a degree for flute from Geneva Conservatoire and also studied piano, orchestration (with Rogier van Otterloo) and organ (with Anthon van der Horst).

While still at school, van Leer led a jazz group on piano. He went on to play the flute and sing with the Shaffy cabaret group. In 1969 he joined Martijn Dresden (bass) and Hans Cleuver (drums) to form a trio that covered songs by Traffic and backed other Dutch musicians, as well as playing their own material. Later in the year guitarist Jan Akkerman joined, completing the initial line-up of Focus. They released several albums in the early 1970’s. 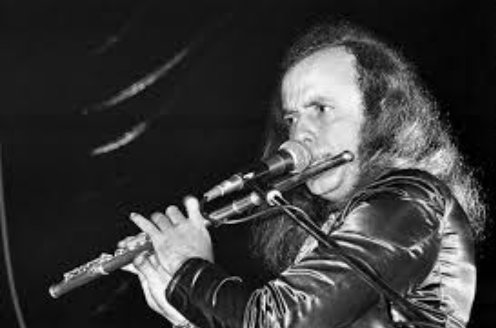 Thijs van Leer headed Focus through several line-up changes, and by 1977 he was the only remaining original member. The group disbanded in 1978. In 1985, van Leer briefly reunited with Jan Akkerman to make Focus 1985. In 2002, van Leer created a new Focus line-up, which has since released the albums Focus 8 and Focus 9 / New Skin. A British tour was undertaken in spring 2006. He also appeared as a guest musician on the album, Into the Electric Castle, by Arjen Anthony Lucassen’s musical project Ayreon.

In 2008 Explore Multimedia released van Leer’s first solo album in nearly a decade, The Home Concert. The album featured recordings made in his living room as he played material for Focus 9. The album is exclusively available via the internet, and at concerts. (bach-cantatas.com)

And here´s his first solo-album:

The Focus-flutist released a series of albums consisting of lush and romantic classical music, and this was the very first one. Van Leer’s flute is backed up by a whole orchestra and sometimes also the wordless vocal-harmonies of Letty De Jong. The material on the album includes classical stuff like Fauré’s “Pavane, Op. 50” and excerpts from Bach’s “Mass in B Minor” and “St. Matthew Passion”. 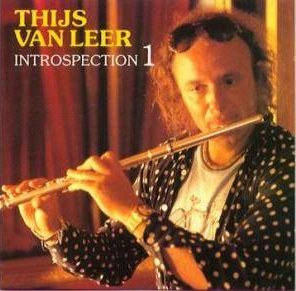 There are also symphonic versions of “Focus I” and “Focus II” here, and both versions prove what beautiful compositions these really are. The title-track is partly based in Albinio’s well-known “Adagio” but the theme itself sounds slightly re-written. There’s also a short baroque piece here credited to arranger and conductor Rogier Van Otterloo. At it’s best; the album is very beautiful, atmospheric and relaxing music. But just don’t expect it to sound like the energetic progressive rock that Van Leer did in Focus. (by Andrew) 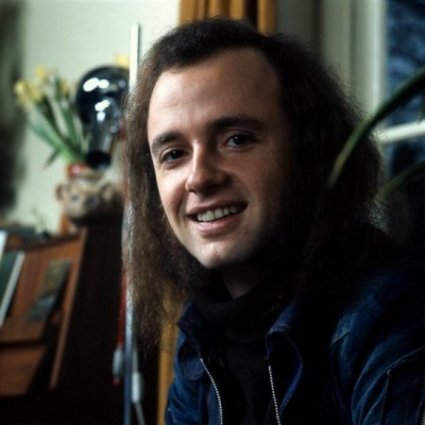 Thijs van Leer made an album with ‘light’ classical tunes…and orchestrated by Rogier Van Otterloo.
The album made him a respectful musician not only by the rockers but also with them who hated rock.A very professional and successful album ,indeed. The album was in the charts (Be) for over a year.
‘Focus’ fans would give him credit for this one….but soon part 2,part 3…. followed…the originality vanished….and the real classical flute lovers would be rather buy a James Galway record. (by beestie) 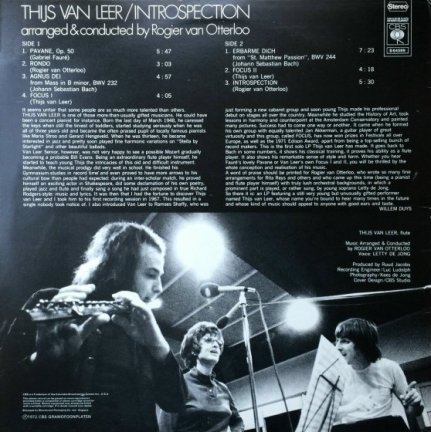 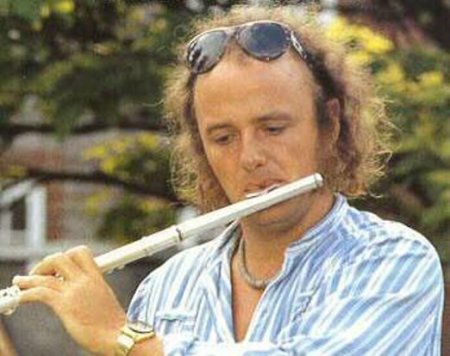 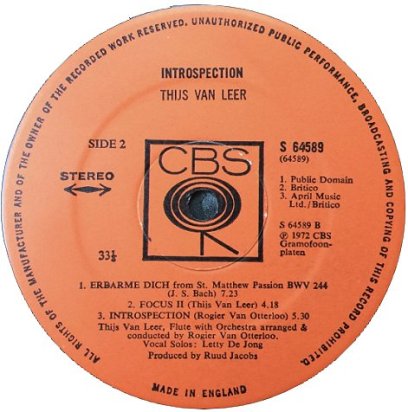 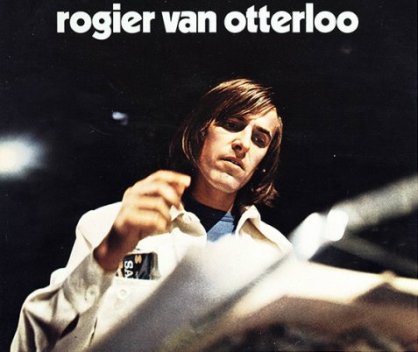