In celebration, the team behind The Guitar Magazine have compiled The Les Paul Bible: 132 pages of breathtaking photography and expert insights that chart the development of Gibson’s greatest electric guitar from Les Paul’s early prototype designs through to the Gibson production models that changed the course of popular music history, stripped-down ‘student’ guitars and the iconic single-cutaway’s late-1960s return.

We also go inside Gibson’s Nashville Custom Shop to see how the company goes about remaking history in its Collector’s Choice and True Historic ranges and compare modern reissues to vintage originals.

Whether you are a Burst believer or think that all that glitters is a classic Goldtop, there’s something in The Les Paul Bible for you.

Enjoy the history of the legendary Gibson Les Paul ! 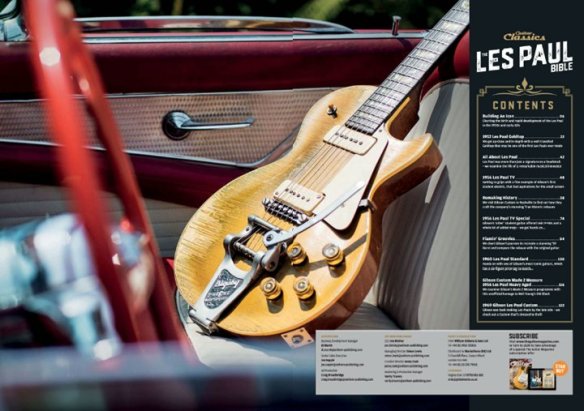 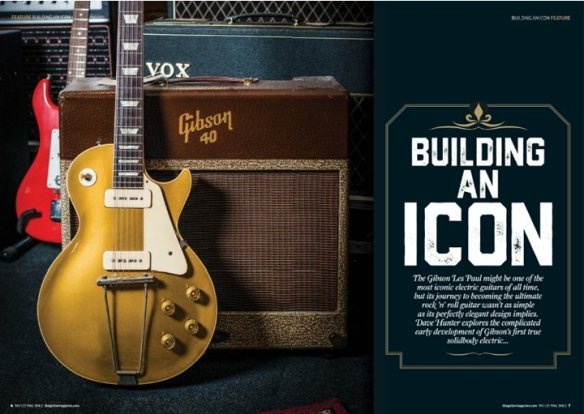 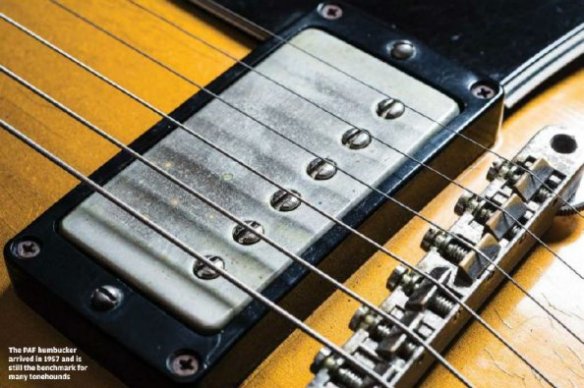 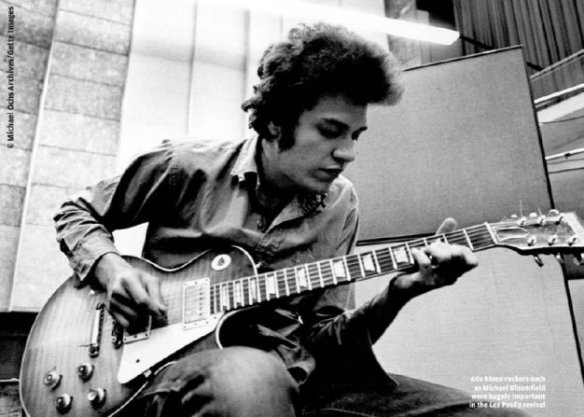 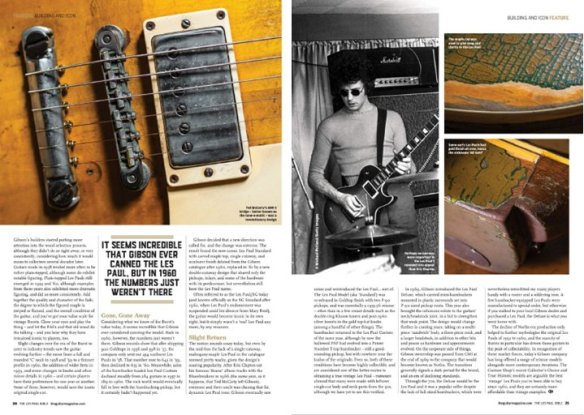 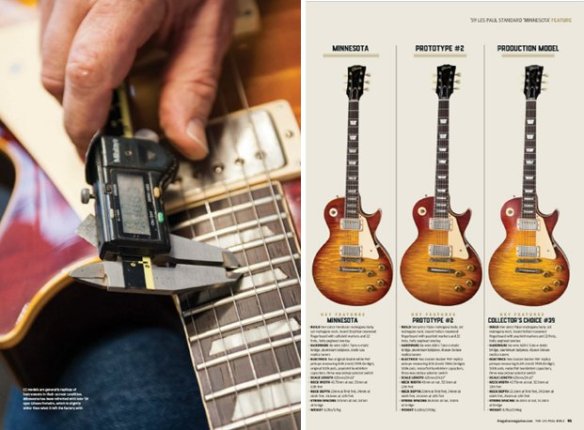 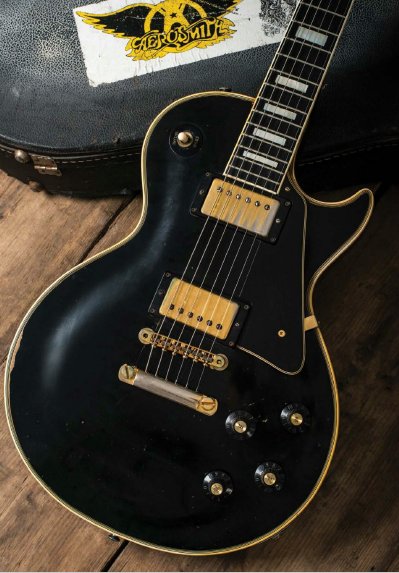 Les Paul was coaxed briefly out of his musical retirement in 1967 to put together an album for London’s audiophile Phase Four label — and who better than this audio pioneer? But rather than use the opportunity to redefine himself as a progressive force in a different decade, Les meekly responded with a series of remakes of his earlier Capitol hits — this time without the help of now-ex-wife Mary Ford. The tracks he originally recorded with Mary are rearranged completely for multiple guitars; only the spectacular “Tennessee Waltz” gains in the translation. The solo tracks for Capitol are remade with all kinds of fascinating stereo effects, but, with the exception of “Caravan,” otherwise follow the original blueprints with a few embellishing touches. The only two bits of new material are credited to a writer named Manners: “The System,” which went nowhere as a single, is a rare example of Les playing rock & roll, and “Los Angeles” is just a rewrite of Les’ hit “Meet Mr. Callaghan.” While it was nice to find Les back in action at the time, this record sounds like warmed-over goods. This album was re-released under the title Multi-Trackin’. (by Richard S. Ginell)

This album, originally released in 1968 on London/Decca UK’s Phase 4 label devoted to high quality stereo recordings for the HiFi market at the time, is a classic in that it features Les being briefly coaxed out of retirement to record this album of stereo instrumental remakes of several of his classic hits including “How High The Moon,” “Lover,” “Sleep,” “Tennessee Waltz,” etc. recorded on his then new stereo 8-track multitrack tape recorder manufactured by Ampex under his standards and still playing great at the time on his Les Paul guitars made by Gibson Guitars. He also features 3 songs on this album that were not originally recorded for Capitol by Les, “The System,” “Los Angeles,” and “Golden Earrings.” Because he has become an icon and has been a major force in the development of high fidelity sound, Phase 4 decided that he should be the first artist being recorded for the label, and this album is the result. (by Bradley Olson)