In 1932 Sacheverell Sitwell wrote ‘No composer has ever understood the qualities of individual instruments as did Mozart … with the bassoon, it is like a Sea-god speaking’. And yet Mozart was just eighteen years of age when he wrote this highly imaginative concerto, and it is the only one of three he composed for bassoon to survive. M. Haydn’s Concertino further explores the instrument’s lyrical qualities, and Stamitz displays a gift for melodic charm and inventiveness, of which his Concerto in F major is a good example, relying more on melody than virtuosic display. Weber’s Op 35 began life as a viola solo with orchestra and is Hungarian in flavour, and his Concerto in F major is unerringly cheerful throughout.

This highly enjoyable disc ebbs and flows through a medley of melodies, interspersed with moments of calm tranquility and utmost beauty, giving Laurence Perkins the opportunity to prove he is master of the Sea-God of the instrument world. (promotion text)

A delightful and generous collection’ (Gramophone)

‘A recording of airy clarity … a most recommendable disc, with much to enjoy’ (International Record Review)

‘Perkins brings out the fun in much of the inspiration as well as the lyrical beauty, warmly accompanied by the Camerata’ (The Guardian)

‘Dynamic and expressive contrasts are carefully and adroitly created and the orchestra meticulously managed. The result is a lovely and technically superior recording, not to mention another star in the crown of the folks at Hyperion’ (Fanfare, USA)

‘The playing of the Manchester Camerata (on modern instruments) is excellent throughout … They and their oboist conductor support their principal bassoonist with such care and attention that it is fair to call this a labour of love all round. Enjoy’ (MusicWeb International)

Recorded in the Concert Hall of the Royal Northern College of Music
Manchester, on 11 & 12 April 2001. 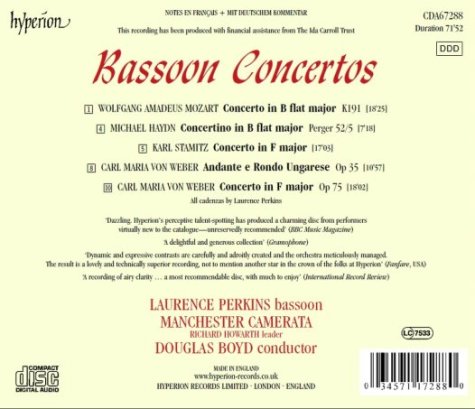 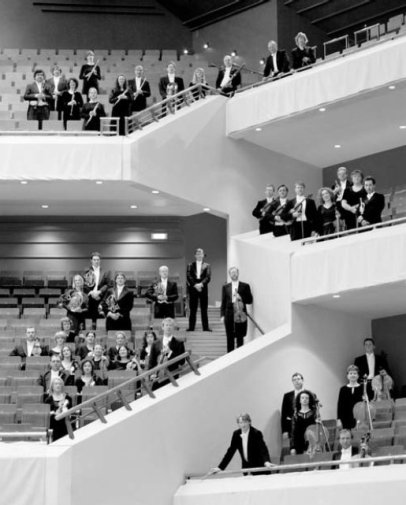