Burn My Eye was the debut EP recorded by Sydney punk rock band Radio Birdman, in October 1976.[1] It was a low-budget EP recorded at Trafalgar Studios, Sydney and released on the studio’s own Trafalgar label, after the band had been rejected by many other labels. Part of the reason that many labels were reluctant to sign the band was because of their unconventional sound, which was quite different from the music then popular in the Australian rock scene during the 1970s.

The members of Birdman were not impressed with the acoustics of Trafalgar, a typical 1970s studio which they described as “dead sounding and quiet”, in contrast to the high tempo, hard-rock sound for which Birdman is known. To the sound engineers’ horror, Birdman decided to alter the studio’s sound more to their liking by hauling sheets of corrugated iron from nearby demolition sites up the stairs of the studio and covering the walls with them to ‘lighten up the sound’.

Birdman also experimented with some other unconventional sounds on the EP, such as the smashing of VB cans on their heads, as a percussion instrument throughout the recording.

The Burn My Eye EP was only produced once and has not been re-issued, so original copies of the EP are extremely rare. (by wikipedia)

But: Don´t forget all the bootlegs from this EP !!!

Although the best-known band of the early Australian punk scene of the late ’70s was the Saints, the first band to wave the punk rock flag in the land down under was Radio Birdman. Formed by Australian émigré Deniz Tek (originally from Ann Arbor, MI) and Aussie surfer-turned-vocalist Rob Younger in 1974, Radio Birdman’s approach to rock & roll was rooted in the high-energy, apocalyptic guitar rant of the Stooges and MC5, sprinkled liberally with a little East Coast underground hard rock courtesy of Blue Öyster Cult. Their first EP, Burn My Eye, released in 1976, was a great record and still remains a seminal chunk of Aussie punk. Loud and snotty, with Younger bellowing his guts out and Tek on a search-and-destroy mission with his guitar, this was a great debut that set the stage for the impending deluge of Aussie punk bands waiting in the wings. (by John Dougan) 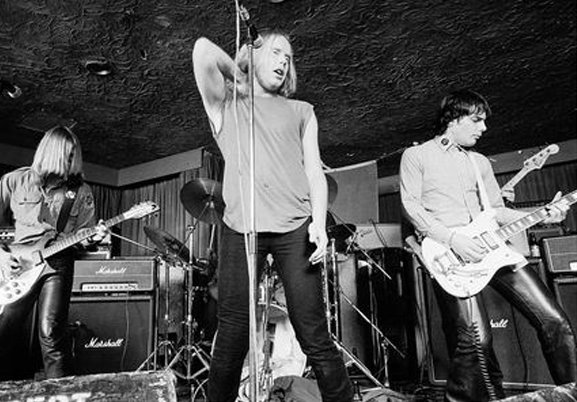 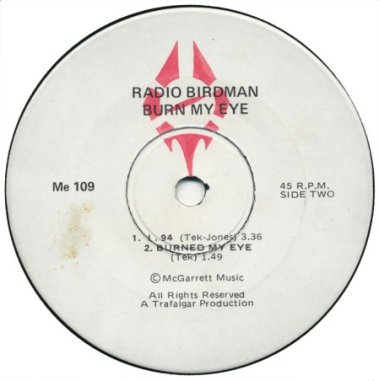 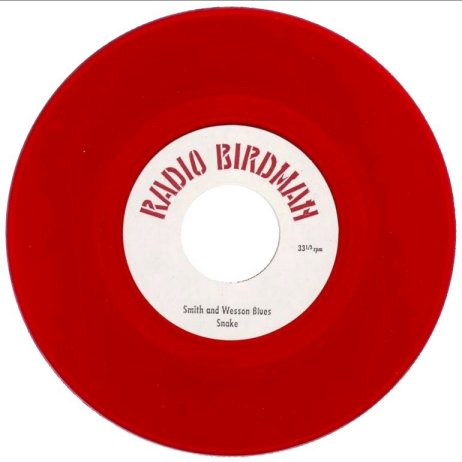 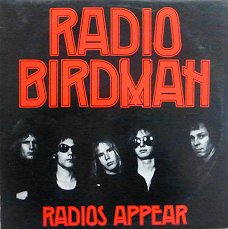 Radios Appear was the first full length studio album by Sydney punk-rock band Radio Birdman. The album was recorded at Birdman’s Trafalgar Studios, Sydney during 1976 and 1977. Trafalgar initially distributed the album via mail order and by sales from the backs of friend’s and band members’ station wagons. This laid the groundwork for future DIY punk bands in Australia. Radios Appear was hailed by many as a breakthrough album in Australian music and a decisive change from the uneventful early mid-seventies scene. In October 2010, it was listed at No. 13 in the book, 100 Best Australian Albums.

The album’s title was taken from the song “Dominance and Submission” by Blue Öyster Cult, one of the band’s most important early influences. (by wikipedia)

This is primal (and prime) Radio Birdman, with Deniz Tek and Rob Younger firmly ensconced in the eye of this guitar-fueled hurricane. Tek’s originals are pretty strong, especially the grimy tale of urban desolation “Murder City Nights” and the noisy freak-out “Descent into the Maelstrom.” One of Australia’s great rock & roll bands in all of their glory. ( by John Dougan) 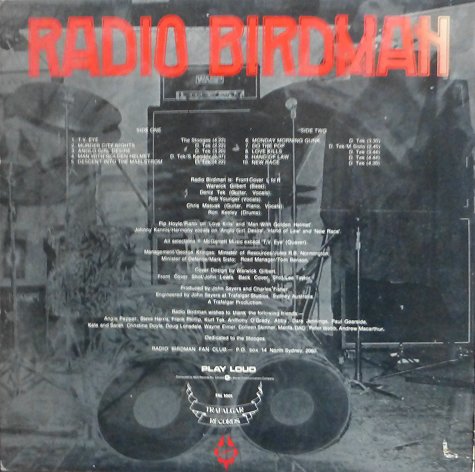 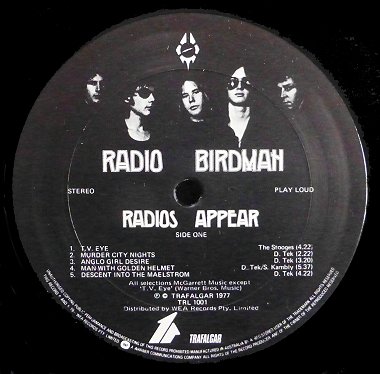