Back from Sri Lanka and I spent some real good weeks in this country and of course I try to find some musical pieces from this country. I will start with a master of traditional music from Sri Lanka: Linonal Ramwala.

Ranwala’s main interest was Sinhala folk music of Sri Lankan. He successfully brought Sinhala folk tunes and melodies to popular Sri Lankan music, preserving their originality.He studied music at the Panjab University, Chandigarh, India and has a sour knowledge of the field.

Ranwala, who created a revolution in the local folk music scene along with his mentor W.D. Makuloluwa, started his teaching career at Arawwala MMV in 1959.He taught music at several leading schools including Ananda College, and Royal College, Colombo during a 38-year career. He popularised local music in schools and formed the first ‘Hevisi’ band in a school – at Pannipitiya Dharmapala Vidyalaya in 1964. Ranwala was also a versatile actor and dramatist. One of his most memorable roles was in the first Sinhala opera ‘Depano’ directed by Makuloluwa. He also wrote and directed several children’s dramas. He acted in several teledramas.His last teledrama was “Rangamadala Samugani” which was telecasted in Swarnawahini.

He travelled all over the island collecting folk songs for posterity. A staunch defender of indigenous music, he released several cassettes containing experimental folk music, notably ‘Ahase Innavalu’ in 1999. He formed the ‘Thaalama Foundation’ for preserving folk music. “Gama Ahulaggang”, “May Awurudu kale” and “Wannam Sawudam” are some of his most famous songs.

He has two sons, Chirantha and Sahan. The elder, Chirantha is a presenter and producer at Swarnavahini.Sahan is also working at the Swarnawahini, but after his father’s sudden death, has now taken the initiative to preserve and make people aware of Sinhala Folk Music, in the same way his father did.

Ranwala died, following a sudden accident at the age of 63, in 2002 at Thalawathugoda. His wife too faced the accident and was seriously injured. (by wikipedia)

Listen to this music and you´ll find many moments of magic and you´ll hear some tunes with a little jazzy touch … a real unique sound from asia ! And that´s what I meant, as I titeled my blog “Many Fantastic Colors” !

I got this album as a gift from our driver called Calle and as far as I understood is this a sampler realesed after his tragic death in 2003. 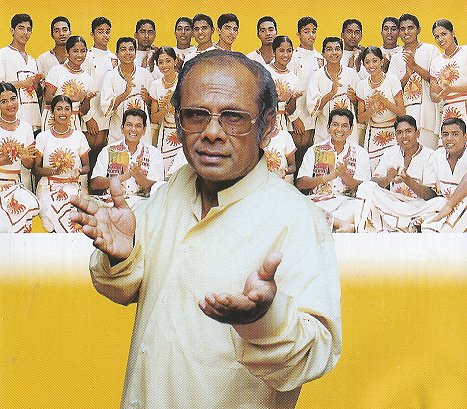 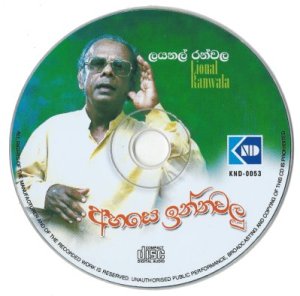