Renowned as both a television star and a top-flight interpreter of jazz, blues, R&B, gospel, and straight-ahead pop music, Della Reese’s many talents ensured a long, varied, and legendary show biz career. In addition to being nominated for both an Emmy and a Grammy, and receiving a star on the Hollywood Walk of Fame, Reese was also an ordained minister in the Universal Foundation for Better Living, an association of churches she helped found in the early ’80s.

Born Deloreese Patricia Early on July 6, 1931, she began singing in the Baptist church choir in her hometown of Detroit at age six. In 1945, having developed quite rapidly, she caught the ear of legendary gospel queen Mahalia Jackson, who invited her to join her touring choir; Reese did so for the next five summers. Upon entering Wayne State University to study psychology, Reese formed a women’s gospel group, the Meditation Singers, but her college career was cut short by the death of her mother and her father’s serious illness.

Reese worked odd jobs to help support the rest of her family; she also continued to perform with the Meditation Singers and various other gospel groups. Encouraged by her pastor, Reese began singing in nightclubs in the hopes of getting a singing career off the ground; recently married to a factory worker named Vermont Adolphus Bon Taliaferro, her name was too long to fit on marquees, and she eventually arrived at her performing alias by splitting up her first name. After impressing a New York agent who promptly signed her, Reese moved to New York and joined the Erskine Hawkins Orchestra in 1953. A year later, she had a recording contract with Jubilee, for which she scored hits like “And That Reminds Me,” a 1957 million-seller.

Switching to RCA Victor, Reese landed her biggest hit in 1959 with “Don’t You Know?,” a song adapted from Puccini’s La Bohème, which cemented her career, leading not only to plentiful appearances on variety shows, but successful nightclub tours of the country and eventually nine years of performances in Las Vegas, as well as recording contracts with a variety of labels over the next few decades.

Building on her previous variety show experience, Reese made a small bit of television history in 1969 when she became the first woman to guest-host The Tonight Show with Johnny Carson. Later that year, she became the first Black woman to host her own variety show, the syndicated Della, which ran until 1970. Following its cancellation, Reese returned to her nightclub tours, often putting in guest appearances on television shows like The Mod Squad, Sanford and Son, and Chico and the Man; after three prior failed marriages, Reese also found a lasting relationship with producer Franklin Lett, whom she married in 1978.

On October 3, 1980, while taping a song for The Tonight Show, Reese suffered a brain aneurysm that nearly proved fatal; however, thanks to a successful operation, she was able to make a full recovery. She kept up her singing career and appeared on television shows like Designing Women, L.A. Law, and Picket Fences, as well as the Eddie Murphy films Harlem Nights and The Distinguished Gentleman. Reese also starred in the Redd Foxx sitcom The Royal Family from 1991 to 1992, and garnered what was undoubtedly her highest level of recognition in the inspirational drama series Touched by an Angel, a popular program that ran for nine years, between 1994 and 2003, on the CBS network. After Touched by an Angel finished its run, Reese continued to act intermittently on television until 2014. She died at her home in Encino, California in November 2017 at the age of 86. (by Steve Huey) 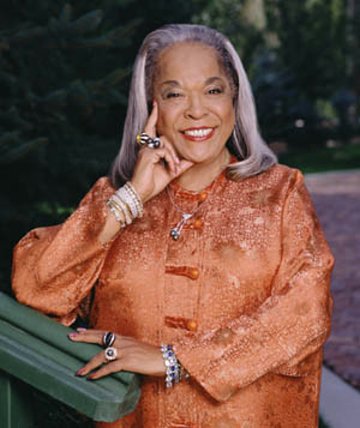 And here´s her 9th album:

Della Reese was never a hardcore jazz singer. Her specialty was traditional pre-rock pop, and unlike jazz-oriented singers — Sarah Vaughan, Ella Fitzgerald, and Carmen McRae, among many others — she was not improvisation-minded. Therefore, her work must be judged by pop standards instead of jazz standards. Anyone who isn’t a myopic jazz snob realizes that pop standards aren’t necessarily low standards; in fact, traditional pop singers like Frank Sinatra, Jo Stafford, Tony Bennett, and the seminal Bing Crosby have had very high standards. And similarly, Reese brings high pop standards to Della. Recorded in 1959, this excellent album finds Reese backed by an orchestra that Neal Hefti arranged and conducted. Hefti’s presence doesn’t automatically make Della a jazz session, but he provides tasteful arrangements for a pop singer who has jazz, blues, and gospel influences. In 1959, Reese was very much in her prime, and she is quite soulful on performances of “Blue Skies,” “Thou Swell,” and other standards. The singer also tackles “The Lady Is a Tramp,” one of the many gems that Sinatra defined. Reese, to her credit, doesn’t even try to emulate Sinatra’s version; instead, she provides a playful interpretation that is rewarding in its own right. (by Alex Henderson) 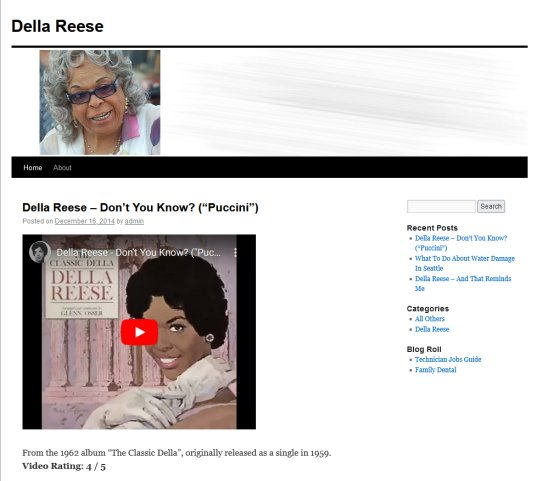