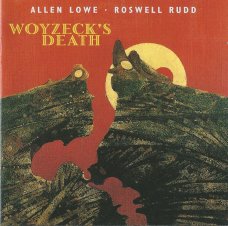 This CD-length piece was my attempt to come to grips with what I consider to be the single most important play in theatrical history, a work which had a profound influence on me, my music, and my writing (Woyzek by George Buchner). The session went well, though, sadly, it was my first and last documented recording with pianist/synth player Andy Shapiro. Andy, a Vermonter and one of the truly great people I have ever met and known  – he was a kind and generous teacher, brilliant musician, and good friend – died a few years later of brain cancer, before we could pursue any additional musical collaborations (which were also hindered by my moving to Maine and the resultant and nearly complete musical and cultural isolation, but that’s another story). 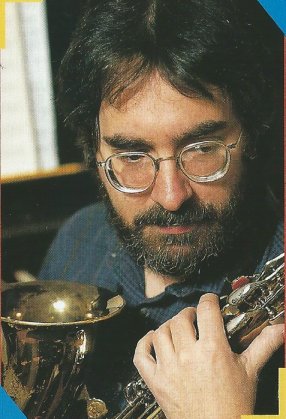 Julius Hemphill was also supposed to be on this date, but he was quite sick by this time and on a kidney transplant list.. And this was, if I have the chronology correct, my second recording with the incredible Roswell Rudd, not to mention my first official recording with trumpeter Randy Sandke. I have known Randy since the late 1970s (he played at my wedding in 1982) and he was, and remains, one of the best musicians I have ever known, an incredible soloist, wonder interpreter, a humane and empathetic collaborator. Ben Goldberg on clarinet was something of an afterthought; I always look, when recording, for something different, an element added to keep things interesting, a musician I have not worked with before or someone both stylistically divergent yet musically right. Ben was/is a great free-Klezmer player, and was working at this time with John Zorn, for whom he had traveled East at this time (he lives in California and we recorded this at Systems 2 in Brooklyn). (by Allen Lowe)

Writing and arranging this stuff was hell, the first time (or maybe the second) that I had done so for so many players, though it came out ok. As usual, my regular rhythm section of Jeff Fuller on bass and Ray Kaczynski was nothing short of perfect.

And here some informations about the background of “Woyzeck”: 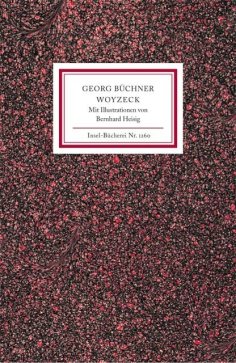 Woyzeck is a stage play written by Georg Büchner. He left the work incomplete at his death, but it has been posthumously “finished” by a variety of authors, editors and translators. Woyzeck has become one of the most performed and influential plays in the German theatre repertory.

Büchner probably began writing the play between June and September 1836. It remained in a fragmentary state at the time of his early death in 1837. Woyzeck was first published in 1879 in a heavily reworked version by Karl Emil Franzos. It was not performed until November 8, 1913 at the Residenztheater, Munich, where it was produced by Max Reinhardt.

Woyzeck deals with the dehumanising effects of doctors and the military on a young man’s life. It is often seen as ‘working class’ tragedy, though it can also be viewed as having another dimension, portraying the ‘perennial tragedy of human jealousy’. The play was admired both by the German naturalist Gerhart Hauptmann and, subsequently, by expressionist playwrights. It is loosely based on the true story of Johann Christian Woyzeck, a Leipzig wigmaker who later became a soldier. In 1821, Woyzeck, in a fit of jealousy, murdered Christiane Woost, a widow with whom he had been living. He was later publicly beheaded.

Franz Woyzeck, a lowly soldier stationed in a provincial German town, is living with Marie, the mother of his child which is not blessed by the church as it was born out of wedlock. Woyzeck earns extra money for his family by performing menial jobs for the Captain and agreeing to take part in medical experiments conducted by the Doctor. As one of these experiments, the Doctor tells Woyzeck that he must eat nothing but peas. It is obvious that Woyzeck’s mental health is breaking down and he begins to experience a series of apocalyptic visions. Meanwhile, Marie grows tired of Woyzeck and turns her attentions to a handsome drum major who, in an ambiguous scene taking place in Marie’s bedroom, sleeps with her. 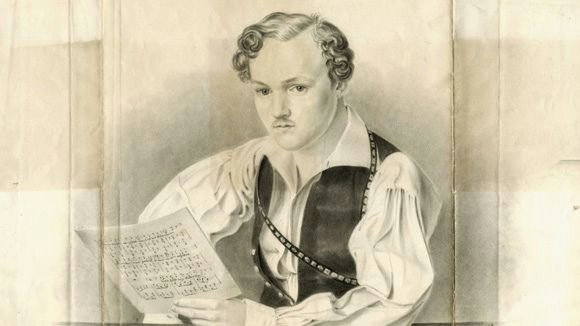 With his jealous suspicions growing, Woyzeck confronts the drum major, who beats him up and humiliates him. Finally, Woyzeck stabs Marie to death by a pond. While a third act trial is claimed by some to have been part of the original conception, the fragment, as left by Büchner, ends with Woyzeck disposing of the knife in the pond and most renditions extrapolate this with him drowning while trying to clean himself of the blood after having dumped the knife in deep waters.

Woyzeck is a comment on social conditions as well as an exploration of complex themes such as poverty. Woyzeck is considered as morally lacking by other characters of higher status, such as the Captain, particularly in the scene in which Woyzeck shaves the Captain. The Captain links wealth and status with morality suggesting Woyzeck cannot have morals as he is poor. It is the exploitation of the character Woyzeck by the Doctor and the Captain which ultimately pushes him over the edge. (by wikipedia)

Recorded May 3 & 4 in Brooklyn, New York 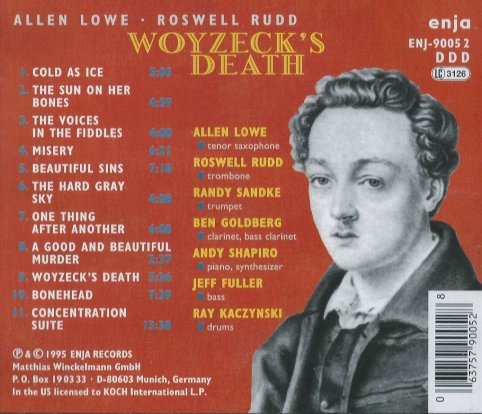 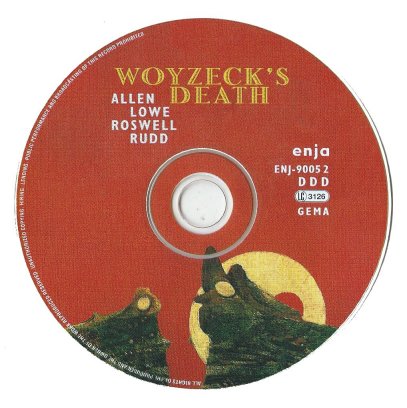