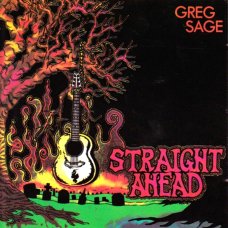 Finally, the Wipers’ incredible frontman finds a new label to release his records, and in this case, he tries a solo outing instead of convening a fourth Wipers album to go with the three stunning ones they did from 1980-1983. Side one is Wipers-type guitar songs from an uncharacteristic folky approach, and fans will likely lap them up with the same joy that they did the output of Is This Real?, Youth of America, and Over the Edge, which every fan needs. This is what we expect from Sage, in terms of his characteristically involved guitar playing pegged to more simple riffs, a formula that still works so well for him. Side two, though, now that’s a totally different kettle of fish, one no one could have expected. How to describe it? Let’s call it all strange-echo-soundtrack experiences/insights on the human race. There are no 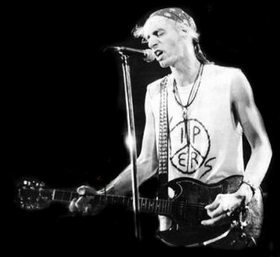 drums; it’s almost like a soothing but spacey guitar orchestra, the man testing the outer limits of the moods a mere six strings can manage without other sounds’ interference. It all adds up to another interesting look into a true and obvious talent. Get his Wipers LP too, though, you need everything this man does. (by Jack Rabid)

Greg Sage is the driving force behind the Wipers, one of America’s most important underground music bands. Straight ahead, Greg’s first solo album is more acoustic and roots oriented than the Wipers’ raw, hard driving rock ‘n’ roll, yet still maintains his emotional straight-from-the-heart attitude” (by Container)

All selections written by Greg Sage 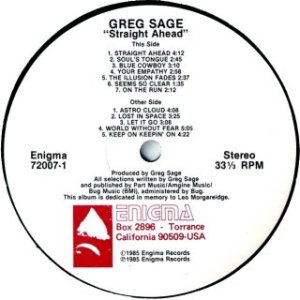