A new kind of orchestral composition, the concerto, appeared in the last two decades of the 17th century, and became the most important type of Baroque orchestral music after 1700. The concerto was the synthesis in purely instrumental music of four fundamental Baroque practices: the concertato principle; the texture of a firm bass and florid treble; musical organization based on the major-minor key system; and the building of a long work out of separate autonomous movements.

The concerto grosso is probably the most important type of baroque concerto, characterized by the use of a small group of solo instruments, called “concertino” or “principale”, against the full orchestra, called “concerto”, “tutti” or “ripieni.” The concertino usually consists of two violins and continuo (the same ensemble that constitutes the Baroque trio sonatas). The ripieni are a small string orchestra, later occasionally including wind instruments (trumpets, oboes, flutes, horns).

The practice of contrasting solo instruments against full orchestra had been introduced into Baroque music long before the concerto as such made its appearance. A predecessor of the concerto was the sinfonia or sonata for one or two solo trumpets with string orchestra, which was cultivated especially at Venice and Bologna. Various elements of the concerto also may be found in the Venetian opera overtures, which were occasionally played outside the opera house as independent instrumental sonatas. 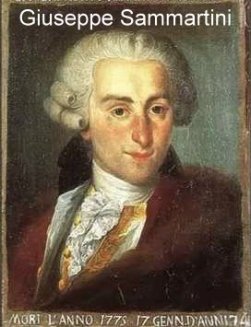 as to encourage the concerto style. The church of San Petronio in Bologna, for instance, maintained a small orchestra of expert instrumentalists; when large numbers of extra players were brought in for special occasions, the contrast between the modest technique of the outsiders and the accomplished virtuosity of the regular performers strongly suggested writing that could take advantage of the situation by providing an appropriately different kind of music for each group within the framework of a single composition — easy parts for the ripieno, more difficult parts for the soloists when heard alone.

Concertos, like sonatas and sinfonias, were played in church as “overtures” before Mass or at certain moments in the ceremony.

The earliest known examples of the concerto grosso principle occur in two “Sinfonie a piu instrumenti” by A. Stradella (1653-1713). Some concerti grossi by Corelli, although published much later, would seem to be of a date close to Stradella’s, because they show the patchwork structure of the earlier canzona with quick changes of a considerable number of short “movements.”

The typical Allegro movement of the concerto was established primarily by Torelli. Each begins with a complete exposition of the theme by the full orchestra; alternating with solo/concertino episodes, the material of the tutti exposition recurs once or twice, slightly modified and in different keys; the movement is rounded off and brought to a close with a final tonic tutti practically identical with the opening one.

A tutti which recurs in this way in a concerto is called ritornello; this structure is typical for all first and last movements of late Baroque concertos. The form is something like that of the rondeau, with the important exception that in a concerto all the ritornellos except the first and last are in different keys. The concerto therefore combines the principle of recurrence with the equally important principle of key relationships.

Typical traits that mark the mature concerto form of the Baroque are: 1) the fast-slow-fast sequence of movements (allegro-adagio-allegro); 2) the ritornello form; and 3) virtuoso flights of the soloists. An occasional adagio introductory movement might precede the first Allegro movement. Generally, except in the case of Vivaldi, the fast movements are based on the fugal principle. A typical pattern of key-related cadences in an Allegro movement might be: tonic; dominant; tonic; relative minor or major or other related key; subdominant or dominant; and finally, tonic. (by lcsproductions.net) 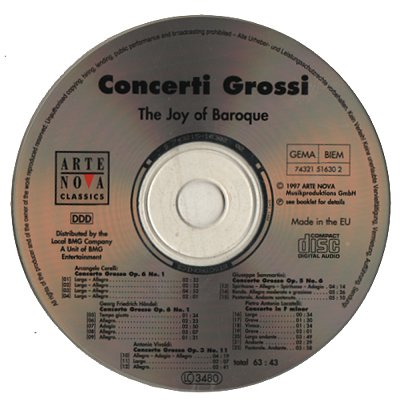