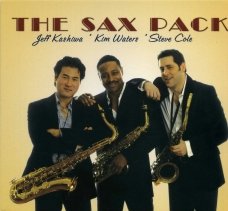 The joyful trend towards all-star tours in smooth jazz began in the mid-’90s with Guitars & Saxes and became the standard on summer festival circuits well into the 2000s. One of the most exciting and popular of these has been the Sax Pack, a clever turn of phrase that brings to mind great showmanship and supreme cool — qualities that popular and soulful genre saxmen Jeff Kashiwa, Kim Waters, and Steve Cole have in spades. All of them have enjoyed lengthy solo careers but were inspired when Kashiwa presented the idea of a trio tour around 2003 after seeing a PBS documentary on The Rat Pack. The concept was an instant success, and has resulted in lengthy annual tours ever since, but no doubt record company red tape held up the process of committing the energy of their three horns to commercially released tracks. Shanachie, Waters’ longtime label, won the rights, and this “debut” album — while not fully capturing the blistering energy and improvisations this trio projects on-stage — is full of outrageous, melodic, mostly high-grooving fun. 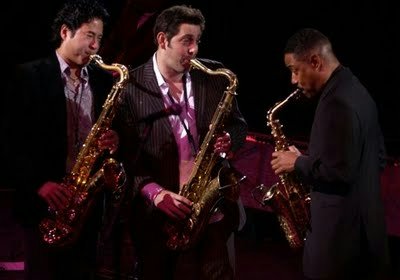 A little short at nine cuts, they seem to be playing it a bit close to the vest until the final three originals, when they cut loose on the bubbling, retro-soul tune “A Little Bit Closer,” the urgently soulful, free-spirited jam patterned after their longtime idol “Maceo,” and the moody, blues-drenched closer “Goin’ Home,” which gives them all ample stretching time as the others back them with sensuous horn section subtlety. The disc kicks off with the playful, instantly infectious first single “Fallin’ for You,” which all three wrote but totally captures the vibe of many of Kashiwa’s previous hits. They load the front end of the track list with in the pocket, perfectly catchy original tunes that only hint at what they’re capable of, but part of smooth jazz’s success is being cool and polished so they get away with it. Live, their covers of “The World Is a Ghetto” and “Tequila” are major party tunes, while here the festivities are a bit more candlelit (but again, well played and supremely slick and cool) and less raucous; Jeff Golub’s guitar contribution on “Tequila” adds some great crunch to the mix. The mixed bag here epitomizes the dichotomy between radio-ready pop instrumentals the smooth jazz format jumps on, and the festive jams that happen when great musicians play live. The good news that even the songs that leave us wanting more sizzle are still enjoyable to tap along to. (by Jonathan Widran) 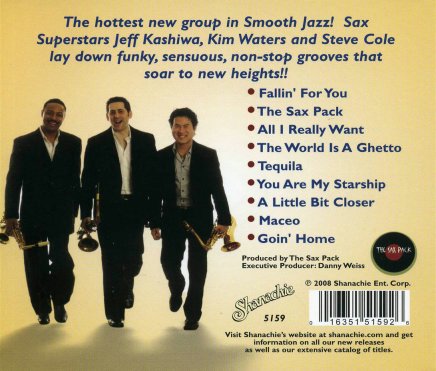 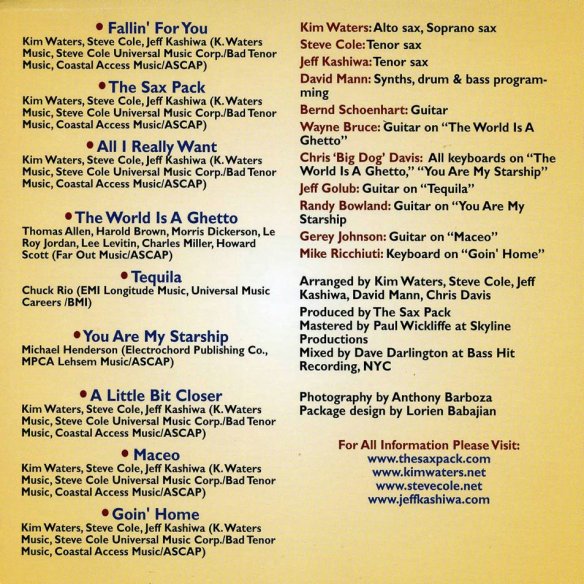 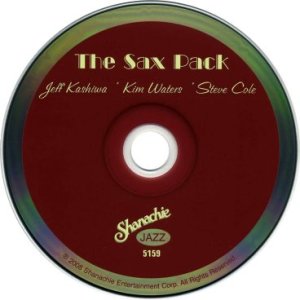