During the course of his long life, Alessandro Scarlatti was not only a prolific composer of opera, he wrote more than 700 cantatas, many of which consisted of miniature scenes and often incorporated solo instruments to set off the voice. These works demonstrate the utility of the Neapolitan/Roman cantata for smaller chamber venues, and the composer was certainly much in demand for his expressive music of a more intimate sort. That being said, this group incorporates several pieces with a trumpet, so one supposes that the concept of “intimacy” must have been quite flexible, given its often high tessitura and virtuoso line. This disc contains a selection of pieces that could have been used in the various venues in Rome he haunted during the period around 1700, and thus it is a sort of grouping that works well.

It is clear from the notes that Jean-Marc Andrieu, the conductor of the home-grown early music ensemble in Lyon, Les Passions Baroque orchestra, was responsible for putting together the selections on the disc, driven partly, one suspects, by the availability of the soprano soloist, Isabelle Poulenard, and a guest trumpeter, Serge Tizac. In any case, the selections do go well together, and the range of tone provides considerable variety, from a recorder concerto to a rousing soprano-and-trumpet tour de force battle aria that concludes the disc. The vocal and instrumental pieces are generally (though not always) alternated, even further demonstrating Scarlatti’s versatility as a composer.

The orchestra is typical for Italy during this period, generally restricted to a pair of violins and basso continuo. For the latter, Andrieu uses combinations of theorbo, Baroque harp, and the usual lower strings plus harpsichord, which result in a rather varied sound anchoring the various movements. The Sonata a 4, for example, is marked by the composer “senza cembalo al tavolino” (in this case, probably best translated as “without a keyboard on the little stand or table”), which means that some other instrument is required to provide the inner harmonies. For this, the harp/theorbo combination works quite well. In the concerto, really a five-movement da chiesa style suite of alternating contrapuntal and slow movements in which the recorder is integrated and really has few solo moments of the sort one associates typically with a concerto, the continuo texture varies. Indeed, often the violins are there solely for use in the ritornellos , a remnant of the old Italian Baroque practice that makes the pieces, especially the cantatas, sound a bit old-fashioned. Still, the blend is generally well considered, and Scarlatti was certainly able to use his textures effectively. As for the works with the trumpet, from the florid “Mio tesoro” to the rousing “A battaglia, pensieri battaglia,” the competition between the voice and brass is omnipresent, and one is reminded of the famed battle between a clarion player and the castrato Farinelli that took place in Naples not too many years later (and in case you are interested, Farinelli won!). 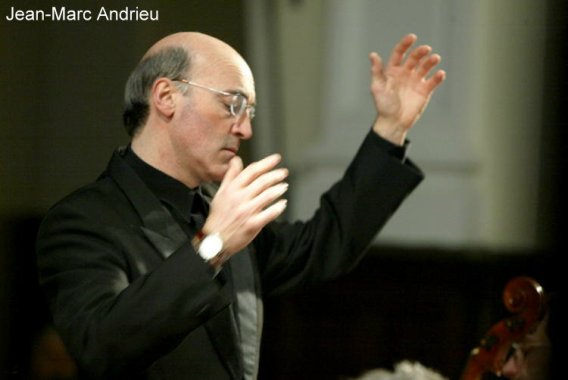 As for the performances themselves, I’ll confess to having mixed feelings. Andrieu’s recorder playing is superb, with a full, rounded tone and nice phrasing. He also blends much better with Poulenard in their duo cantata, in particular the delicate “Onde ciare che spargete.” His tempo for the fugue of the concerto in the third movement is rollicking, giving the counterpoint additional interest in the way he weaves in and out of the violin parts. On the other hand, Poulenard’s soprano is variable. In La Fenice , she floats with subtle ornamentation and clear voice in the second aria pastoral “Ogn’or cantando passare il giorno,” indicating that she is fully aware of the demands of Baroque singing style. On the other hand, in much of the rest she sings with lots of vibrato. This is most apparent in those arias that include the trumpet, as if she is afraid that a straight tone might be lost. The result is a sound that is often far too modern and operatic for the delicacy of the pieces, and she doesn’t blend well with the clarion sounds of the trumpet. Tizac’s playing also tends to be technically adept but sometimes without too much finesse.

Finally, the recording venue seems to have produced an annoying reverberation that makes it seem like certain numbers were recorded in an echo chamber. The less said about the accompanying notes, the better; these lack any sort of real context for the works on the recording and are difficult to follow. Can one really be interested in “micro-modifications” of formal structure, not to mention the really awkward translation into English? (My favorite howler: “From a musical point of view, cantatas are of variable geometric genre.” Say what?) Moreover, the texts are translated into French only. Still, if one is able to put up with these annoyances, some of which are petty, then one will find some interesting and unusual music by one of the period’s greatest composers. (by Bertil van Boer)