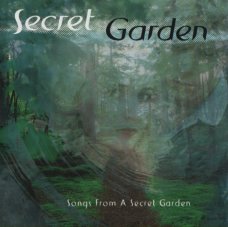 The track «Song from a Secret Garden» became famous in Korea by being featured in the drama 젊은이의 양지 (which means “Sunny Spots (or Places) of the Young”) in 1995. Another track from the album, «Adagio», was featured in the 2004 Wong Kar-wai film 2046. (by wikipedia) 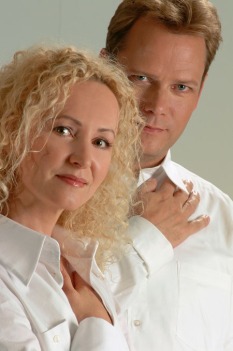 The album, however, offers much more than this duo; it is awash in orchestral strings (real ones), a choir (real one), and as many percussionists, harps, fiddles, keyboards, and whistles as are needed. Songs from a Secret Garden, a chart-topper in Europe, is unabashedly romantic, absolutely gorgeous. “Sigma,” featuring boy soprano Rhonan Sugrue and the Irish National Choir, is very pensive, like dried flowers left, an expected return disappointed.

The lyrics begin, “I search for the sign that will set my soul free.” Although Celtic music fans will find many moments of bittersweet nostalgia between the violin, pipes, and pennywhistles, the album’s closest musical relation might just be the intimate works of Maurice Ravel, particularly his “Pavanne for a Dead Princess.”

Romantic themes of true depth, played full out. Secret Garden is not afraid of tenderness nor beauty. (by Carol Wright)

“Somewhere within us all there is a secret garden. A garden in which we can seek refuge when times are rough, or retire to in joy or contemplation. For years I have visited my own secret garden in search of organic harmony and melody. The songs on this CD are some of what I’ve found”.

“In 1994 I met an artist who through the soulful simplicity of her instrument gave my songs a voice. She is the famed Irish violinist Fionnuala Sherry. Together we have tended the secret garden – and the crop is here for your picking. It is my sincere wish that by uncovering some of our secrets, you will pay a visit to your own garden”. (Rolf Lovland)

I just recently discovered Secret Garden. I am so glad that I did because I love their music. I will tell you what kind of music that I like to listen to at night or when napping or just being. I like Enya, Connie Dover, Loreena McKennitt for their high pitched female vocals. In this fast paced world, I need music that soothes one’s soul and takes one to some distant place. All of these artists take me to a heavenly place . Amongst all of the above mentioned artists, Secret Garden stands out. While listening to it, I am sure that angles are calling to me. Oh I love lots of different kinds of music, including irish Pub, Sounds of the 60’s, Classical, Broadway Musicals. But at certain times, I need quiet pensive music. If that is what you are seeking, try Secret Garden. (Ellen)

All compositions written by Rolf Løvland