Tropical Tribute to the Beatles is a tribute album of tropical artists released in 1996 by RMM Records (Ralph Mercado’s record company), produced by Oscar Gomez (distributed by Bellaphon & Uni Distribution).

Arrangements were made by Steve Roistein, and lyrics were adapted into Spanish by Jorge Córcega, who had previously adapted the lyrics of Salvatore Adamo.

The concert in New York City at Radio City Music Hall was released on DVD. In 1996 a tour was made through Spain (Plaza de Toros (Valencia), Madrid, La Coruña’s Coliseum, Barcelona). (by wikipedia)

On December 31, 1962, the Beatles performed the classic song “Besame Mucho” at the Star Club in Hamburg, Germany, in recognition of the highly emotive music from Latin America. Four decades later, RMM decided to bring the Beatles’ greatest hits back, this time played by some of the most prominent Latin artists in a tropical tribute to one of the most influential acts in popular music ever. After the opening track, “Hey Jude,” by Puerto Rican singer Tony Vega, Tito Nieves and the percussion virtuoso Tito Puente deliver a freewheeling “Let It Be.” The Cuban soloist Guianko performs a salsa version of “Can’t Buy Me Love,” followed by Johnny Rivera’s “Hard Day’s Night.” Latin diva Celia Cruz sings her own version of “Ob-La-Di, Ob-La-Da,” while New York-based Ray Sepúlveda and Manny Manuel do the same on “The Fool on the Hill” and “I Want to Hold Your Hand,” respectively. Domingo Quiñones’ cover of “Day Tripper” is followed by “Lady Madonna” by Venezuelan-born Oscar D’Leon, and Jesus Enríquez joins Cuban Miles Peña on “With a Little Help From My Friends.” RMM Tropical Tribute to the Beatles comes to an end with a stylish version of “Yesterday” by Cheo Feliciano (aka José Cheo Feliciano), a bolero-inflected “And I Love Her,” and “Come Together” by Latin jazz symbol Tito Puente. A joyous 13-track record with captivating and even exuberant performances in both English and Spanish. (by Drago Bonacich) 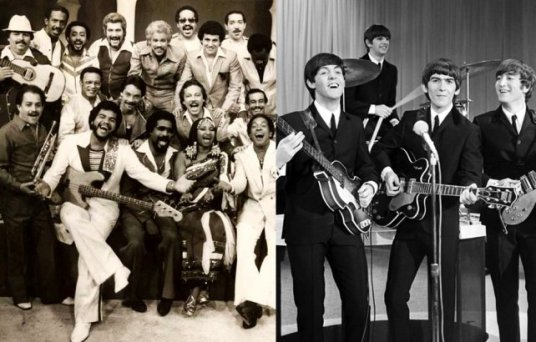 For its opportunism and potentially dreadful results, the mere idea of a salsa adaptation of Beatles songs is enough to make you fear for the worst. But Spain-based producer Oscar Gomez and most of the RMM roster rose to the occasion with an above-average homage that is fun, edgy and artistically serious.

Except for the elimination of harmonies in “Day Tripper” by Ray Sepulveda and a surprisingly cheesy interpretation of “And I Love Her” by Jose Alberto, the record successfully achieves its main goals, keeping the essence of the original music, adding significant arrangements and still remaining a pure salsa album. (by latimes.com)

Oh yes, this is a very special tribute ot “The Fab Four” ! 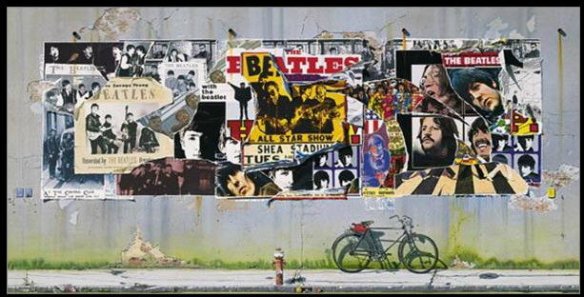