Matt Simons (born February 20, 1987) is an American singer-songwriter based in Brooklyn, New York City. Self-releasing his first EP Living Proof in 2012, he has since gone on to release two full-length albums globally, achieving chart success across Europe, South Africa, and the Americas.

Matt Simons was born and brought up in Palo Alto, Brooklyn . Hailing from a musical family, his grandparents were both opera singers in Los Angeles. Having played the saxophone from an early age, he got a degree in jazz saxophone performance at the Purchase College Conservatory, as well as learning to play on piano, switching to clarinet, guitar, and saxophone, eventually settling back on piano.

He released his first EP Living Proof in 2010 and spent 2011 touring the United States and Europe, including the UK, Germany and the Netherlands. He usually plays piano and keyboards while singing. He also plays the saxophone, included improvised solos on the track “Fall in Line” and in live performances of “I’m Already Over You”.

He released his debut album Pieces on 19 June 2012, “Gone” being his debut single. The 10-track album with 9 being his own compositions was produced by Nashville producer and sound engineer Stephen Goose by David.

Simons gained fame in the Netherlands after his rendition of “With You” taken from his album Pieces was picked as one of the theme songs on the Dutch soap television series Goede Tijden, Slechte Tijden. The song reached No. 8 on the Dutch Single Top 100 chart and also peaked at No. 8 in the Dutch Top 40 chart. It was also picked as Mega Hit by the Dutch radio station 3FM in January 2013. As a result the album Pieces also appeared on the Dutch Albums Top 100 chart. 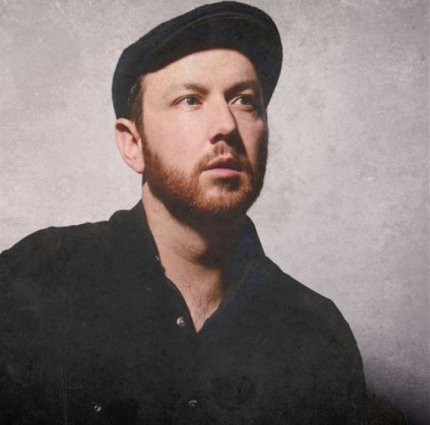 His greatest commercial success came with “Catch & Release” title track from his similarly titled album Catch & Release, released in 2014. Originally it became a hit in the Netherlands and Spain as it appeared on the album, but the song saw even further success when it was remixed in 2015 by Dutch house duo producers Deepend, charting as “Catch & Release (Deepend Remix)” across Europe, reaching number 1 in Spain, Belgium, Germany and France, as well as reaching gold status Norway, Portugal, France, Canada, South Africa, and Austria, and platinum status in Belgium, Italy, Germany, Netherlands, Ireland, Spain, Sweden and Switzerland.

In 2018, he returned with the single “We Can Do Better”, released April 4, and announced more music and his third album to be released later in the year. (wikipedia)

And here´s his third album:

After The Landslide’ is his biggest, most ambitious, most personal record yet. With nods to both Bon Iver, and Springsteen, it’s a record that approaches some of The Big Themes in our lives – love, loss, grief, and the power it takes to get through it all. Matt’s piano-rooted melodies ally themselves to lyrics that speak plainly, sometimes starkly, about important events in his life, and with these he crafts songs that make the personal ‘universal.’

“I chose After The Landslide as the title track because for me, it encapsulates what the whole album is about more than any other. This record is about a quarter-life crisis. It’s about “blowing up your life,” starting over and all the cathartic yet terrifying things that go along with it. I wrote these songs at age 29 (in a much more settled place) but in order to do so, I had to dig deep into what I remember feeling in my early 20s. I didn’t have a lot of direction, I was just starting out in Brooklyn, fresh out of a big breakup and had no idea what I was doing with my life. As scary as that was it also came with a lot of freedom. I tried to capture those feelings and experiences on this album.” (Matt Simons; press release)

The New York singer-songwriter has seriously studied an instrument that is not necessarily popular in pop music: Matt Simons studied the saxophone at the Purchase Conservatory of Music. And Simons’ music sounds a bit like a sax solo, a bit uncool, a bit cheesy, but always very catchy.

His hit “We Can Do Better” is prototypical for this, with trumpets in the chorus blowing up the good mood party. “After The Landslide”, Simons’ third album, is full of such radio-friendly and jittery pop songs, which are best listened to at sunset on the terrace with a good sip of wine.

Lyrically, it’s about the theme of all themes: love with all its ups and downs. So it’s the rather quiet songs like “It’s you” that come along with a slightly jazzy smooth feeling and laconic lines like “It takes two to fall in love. It only takes one to fuck it up” and show that Simons is actually a clever poseur.

Another example is the touching “Amy’s Song”, which is about his co-author Amy Kuney and their lesbian relationship. Her partner’s parents are extremely religious, and the track deals with this difficult constellation with gospel-like vocals, which are forcefully repeated at the end in the lines “Does your god really give a damn?”.

But most of the other tracks are too reminiscent of the inevitable Ed Sheeran, a penetrating feel-good sound almost clings to the whole record. And so, on the whole, “After The Landslide” mainly delivers material for the merciless playlists of summer format radio, which already make you long for winter again. (Kerstin Kratochwill) 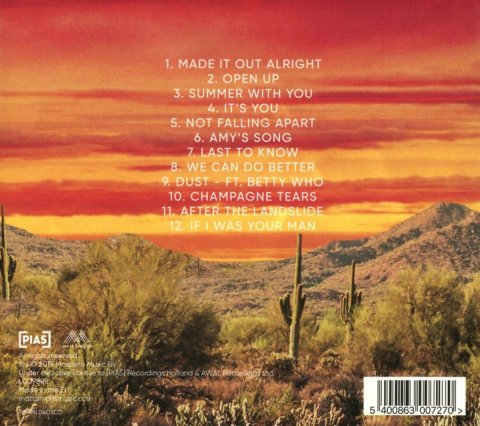