P.F. Sloan was jaw-droppingly prolific in the years 1965 to 1967, not only writing, producing, and playing on numerous fine hit and non-hit pop and folk-rock records by other artists, but making two good solo albums. It didn’t stop there: he also recorded quite a few unreleased demos, 20 of which make their first appearance on this compilation. Most of these were recorded and released by someone or other, and in one case (“Miss Charlotte”) redone by Sloan himself later in the 1960s. No one sings Sloan like Sloan, though, and it’s quite a treat to hear him as the performer on these largely outstanding, rousingly melodic pop-rockers. Some are well known (“You Baby” and “Can I Get to Know You Better” were hits for the Turtles, “Another Day, Another Heartache” did okay for the Fifth Dimension, and, of course, “Secret Agent Man” was big for Johnny Rivers), and others not so well known, but in the same class (“Child of Our Times,” the Beatlesque “You’re a Lonely Girl,” “I’ve Got No More to Say”). Although these were demos, the production is sometimes as state-of-the-art as anything in L.A. in the mid-’60s, and the fidelity, performance, and arrangements are up to release quality on almost everything. The only reason this rates just a little below his first two solo albums is that it’s lighter on the personal folk-rock and social consciousness statements (“Child of Our Times” being an exception); much of this is like a link between L.A. folk-rock and L.A. sunshine pop. It’s very good, though, and enthusiastically recommended to anyone who enjoys the albums that Sloan did release in the mid-’60s. (by Richie Unterberger) 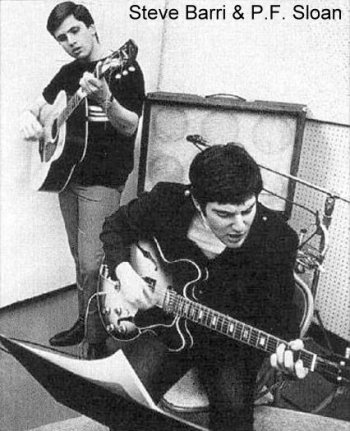 If you put up a twenty-track collection by any of the major artists young P. F. Sloan wrote or produced for (Mamas & Papas, 5th Dimension, Herman’s Hermits, Grass Roots et al) it could never compare to CHILD OF OUR TIMES for sheer song excellence or cohesiveness. If you put up the same by Bob Dylan you’d be hard-pressed to match the writing, production and performance. And like Dylan, P.F. Sloan’s originals usually outshine the glossier versions which followed. With the discovery of these tapes (as well as his released catalog) P.F. Sloan can proudly stand with Dylan, The Byrds and all others who’d claim to define the folk-rock genre.

Don’t be put off by the shabby cover and subtitle which suggests sub-standard demos which really sound like demos – the production values here are much better than most hit albums from the period. These “demos” represent a classy and fully self-realized musical vision of writing, production and performance: Sloan and partner Steve Barri knew their stuff and weren’t running a garage band. The sound is nice and unexpectedly consistent – a pared-back (and very contemporary) version of Deep West Coast Sixties. Full and rhythmically-driven, but without the fruity strings and “sweetening” employed at the time to send tracks into the Top 40.

Sloan personalizes every cut with a masculine aloofness which works so well for songs like the title track. With a disarming lack of pretense this bittersweet iconoclast is presenting his songs the way they should be heard. His original “See Ya Round On The Rebound” is definitive, and should never have been sung by girls. “Cling To Me” is as sweet a song as any guy can do without pouring on the syrup. P.F. Sloan is more the voice of a complex young troubadour than the angry protestor he’s often dismissed as. He doesn’t have to assume stylized vocals- the songs and productions are of such consistently high quality that a Dylanesque posture would diminish them.

CHILD OF OUR TIMES should be seen and listened to for what it actually is – or, more rightly – what it should have been: two brilliant LPs which went unreleased, but which may be better today than forty years ago. It really is that good. (by Rick)

West Coast songwriter P.F. Sloan’s songs have always been more famous than his own recordings. Writing solo and with Steve Barri, Sloan penned some of the mid-60s most memorable radio hits for the cream of California’s pop acts, including “Secret Agent Man” (Johnny Rivers), “Eve of Destruction” (Barry McGuire), “Where Were You When I Needed You” (The Grass Roots), and “You Baby” (The Turtles), to name just a few. After a stint working for Gary Usher (with Barri as The Fantastic Baggys), the pair of songwriters were hired by Lou Adler for his Trousdale publishing company, and subsequently recorded these demos.

Sloan and Barri hit an amazing stride at Trousdale, and the tracks collected here include fully-produced versions of songs eventually recorded by a wide variety of other artists. Sloan’s original version of “You Baby” is missing the final polish of the Turtles’ hit single, but all the hooks are here, and Sloan’s voice has a winning innocence. The same can be said for “Another Day, Another Heartache,” which fleshed out the harmony arrangement used on the subsequent hit by The Fifth Dimension.

The rest of the album is as good as anything Sloan wrote or produced for himself or for others. His demo of the Turtles album track “I Know That You’ll Be There” has a surging folk-rock sound, and the bubblegum soul of “Can I Get to Know You Better” fits Sloan better than either Betty Everett (who recorded it as a B-side) or The Turtles. The early version of “Look Out Girl” featured here has its propulsive acoustic rhythm guitar in place, but the vocal and guitar break are more rocking than the Sloan/Barri re-recording with The Grass Roots.

The demos are split between pure-pop and folk-rock. Among the latter, the confessional “See Ya Round on the Rebound” (waxed by both Shelly Fabares and Sandy Posey) is terrific, the acoustic-guitar based “I’ve Got No More to Say” (recorded later by the Grass Roots) sounds as if it were written for the Mama and Papas, and “Troubled Mind” is a brilliant acoustic pop-folk-blues that appears to have gone uncovered. Capping the set is a previously undiscovered demo of “Secret Agent Man,” recorded as a theme submission for the television program under its original title “Danger Man.” Most of the lyrics later recorded by Johnny Rivers are in place, but Sloan had to tinker slightly to fit the renaming.

Archivist Andrew Sandoval’s dug up a superb set of tapes that are clear and present, and resonate with the quality of top-flight Los Angeles studios. All tracks are mono except for 8, 9, and 14, but given the AM radio orientation of the era, this is how these songs were meant to be heard. Sandoval’s song notes are excellent and provide the demos a great deal of context. This is a must have for fans of 60s pop. (by hyperbolium) 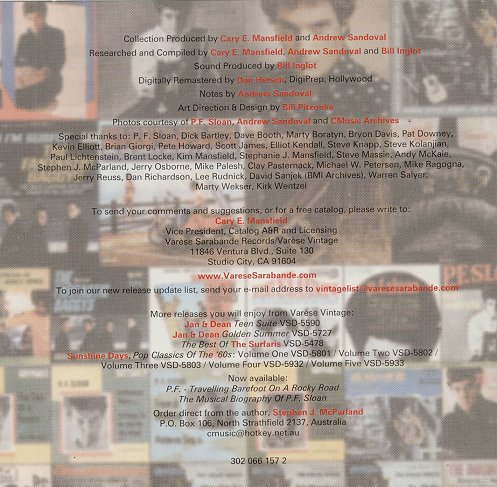 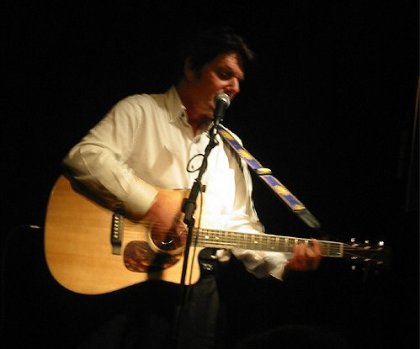 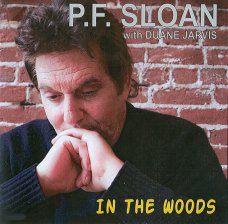 American pop-rock singer and songwriter PF Sloan was very successful during the mid-1960s, writing, performing, and producing Billboard top 20 hits for artists such as Barry McGuire, The Searchers, Jan and Dean, Herman’s Hermits, Johnny Rivers, The Grass Roots, The Turtles, and The Mamas & the Papas. His most successful song as a writer was Barry McGuire’s 1965 hit, Eve of Destruction. He died of pancreatic cancer on November 15, 2015 at the age of 70. – wikipedia

Duane Jarvis, a stalwart of the Los Angeles roots music scene whose lead guitar work landed him stints playing with Dwight Yoakam, Lucinda Williams, John Prine, Michelle Shocked and others when he wasn’t recording and touring as a respected singer-songwriter in his own right, died on April 1, 2009 after a long bout with colon cancer. He was 51. Jarvis died at his home in Marina del Rey, where he was receiving hospice care after stopping treatment that in recent months had included two major surgeries and three rounds of chemotherapy. Jarvis’s guitar work was prized by some of the most esteemed practitioners of Americana music for its emotive power, musical economy and sonic atmospherics. 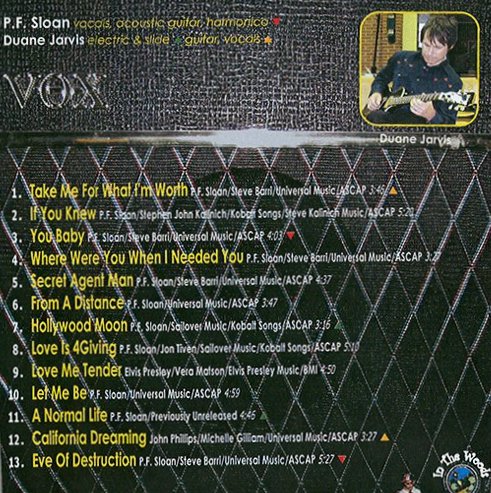 As a songwriter with a handful of solo albums to his credit, he often sought out the light in even the darkest life scenarios, which he sang in a laconic, reedy voice that fell between the Southern rock drawl of Tom Petty and the bluesy scowl of Mick Jagger. (by latimes.com)

P. F. Sloan (born Philip Gary Schlein; September 18, 1945 – November 15, 2015) was an American pop-rock singer and songwriter. He was very successful during the mid-1960s, writing, performing, and producing Billboard top 20 hits for artists such as Barry McGuire, The Searchers, Jan and Dean, Herman’s Hermits, Johnny Rivers, The Grass Roots, The Turtles, and The Mamas & the Papas. Many of his songs were written in collaboration with Steve Barri. His most successful song as a writer was Barry McGuire’s 1965 hit “Eve of Destruction”.
Sloan died on November 15, 2015 at his home in Los Angeles. He had pancreatic cancer for several months and his death was attributed to that disease