James Oscar Smith (December 8, 1925 or 1928 – February 8, 2005) was an American jazz musician whose albums often appeared on Billboard magazine charts. He helped popularize the Hammond B-3 organ, creating a link between jazz and 1960s soul music.

In 2005, Smith was awarded the NEA Jazz Masters Award from the National Endowment for the Arts, the highest honor that America bestows upon jazz musicians. (wikipedia)

Jimmy Smith wasn’t the first organ player in jazz, but no one had a greater influence with the instrument than he did; Smith coaxed a rich, grooving tone from the Hammond B-3, and his sound and style made him a top instrumentalist in the 1950s and ’60s, while a number of rock and R&B keyboardists would learn valuable lessons from Smith’s example. (by Mark Deming) 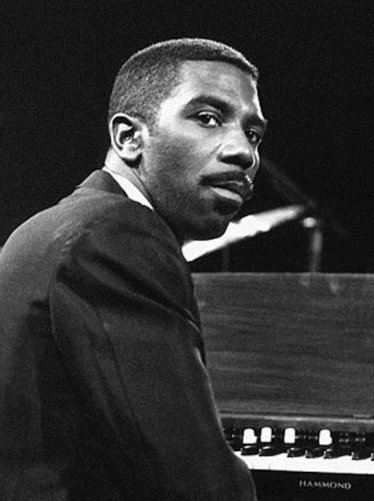 House Party is the fourteenth album by American jazz organist Jimmy Smith featuring performances recorded in 1957 and 1958 and released on the Blue Note label.[1] The album was rereleased on CD with one bonus track.

Blue Note used the Manhattan Towers Hotel Ballroom in New York City for recording sessions in 1957-1958, while their recording engineer Rudy Van Gelder was still using his parents’ Hackensack, N.J. home studio to record artists. House Party was the first of two Smith albums recorded on two dates, the second was Smith’s next album The Sermon!, released in 1959. Blue Note mainly used the Manhattan Towers ballroom for larger groups of musicians, or when New York was a more convenient location to record the artists involved.(wikipedia)

In 2000 when Blue Note upgraded 1958’s House Party as part of the label’s superior Rudy Van Gelder series, they augmented the title with a ten-plus minute driving blow of Charlie Parker’s “Confirmation” as a well-chosen bonus track. Now the effort is bookended by some primal Bird, which was always a forte of the assembled coterie. In addition to sharing three of the five sides with the RVG edition of The Sermon! (1958), there are two selections from the August 25, 1957, confab of Lee Morgan (trumpet), George Coleman (alto sax), Curtis Fuller (trombone), Eddie McFadden (guitar), Kenny Burrell (guitar), and Donald Bailey (drums). The remaining three were recorded precisely six months later on February 25, 1958, with a slightly amended lineup featuring altoist Lou Donaldson (in for Coleman) alongside Tina Brooks (tenor sax) and the ubiquitous Art Blakey (drums) providing unique contributions of their own.

“Au Privave” is a refined piece of indisputable bop mastery as Smith commands the combo through an incendiary and driving rendition that grooves unforced flair and organic charisma. Morgan bandies about with Smith and Brooks behind the flowing support of the amended rhythm section of Blakey and Burrell. Even at 16-plus minutes, the pace and timbre of the performance begs for more. “Lover Man” is splendid and sincere as Donaldson drives right to the heart, unreeling stunningly lyrical leads behind Smith’s distinguished progressions.”Just Friends” is a true gem and one of the two cuts not duplicated on The Sermon! Beginning with McFadden, each musician is given room to stretch and reveal his identity as both an ensemble player and soloist. “Blues After All” is a soulful outing that offers up arguably the most sublime and understated bop on the album. Concluding House Party is the aforementioned cover of Bird’s “Confirmation,” which is as stinging and incisive as its opening counterpart. It also questions why one should spend time reading about genius when the real pleasure lies in the experience of hearing it. (by Lindsay Planer) 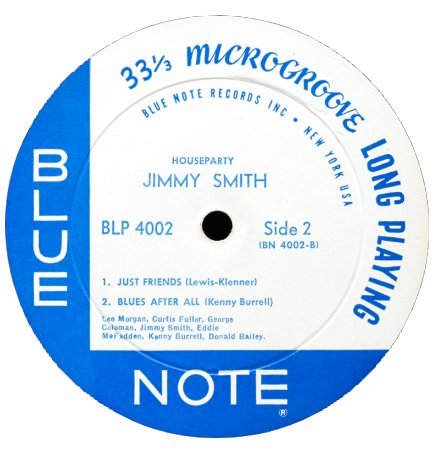 I love this album! It was a favorite of mine as a kid growing up in the 70’s, and revisiting it in the present day has been no less fun for me. Jimmy is in fine form on all tracks, with infectious grooves on the aptly named title track, as well as Sunny and Ode to Billie Jo. The funky backbeats heard on this album were a favorite thing for Smith. He loved that beat and used it on numerous tunes in his career. The other songs on the album, Days of Wine and Roses, Who Can I Turn To, feature gorgeous Hammond balladeering as none other was capable of quite like Jimmy Smith. Why AllMusic gave this album 2 out of 5 stars is beyond me. I’ll give it 5 any day, it’s one of my favorite albums. It showcases a great master of the Hammond organ at the top of his form. There are many great organists then and now, but this is one of Jimmy’s best albums of the 70s. (by Mark Twain) 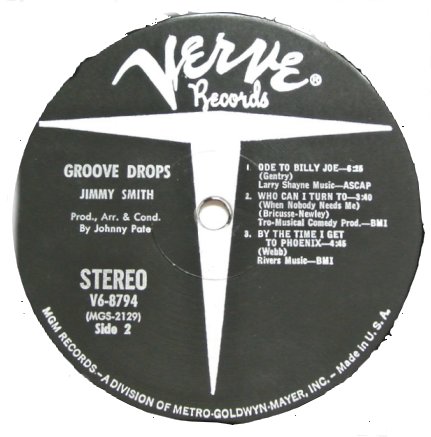