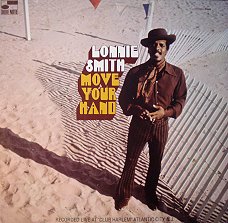 Move Your Hand was recorded live at Club Harlem in Atlantic City on August 9, 1969. Organist Lonnie Smith led a small combo — featuring guitarist Larry McGee, tenor saxist Rudy Jones, bari saxist Ronnie Cuber, and drummer Sylvester Goshay — through a set that alternated originals with two pop covers, the Coasters’ “Charlie Brown” and Donovan’s “Sunshine Superman.” Throughout, the band works a relaxed, bluesy, and, above all, funky rhythm; they abandon improvisation and melody for a steady groove, so much that the hooks of the two pop hits aren’t recognizable until a few minutes into the track. No one player stands out, but Move Your Hand is thoroughly enjoyable, primarily because the group never lets their momentum sag throughout the session. Though the sound of the record might be somewhat dated, the essential funk of the album remains vital. (by Stephen Thomas Erlewine) 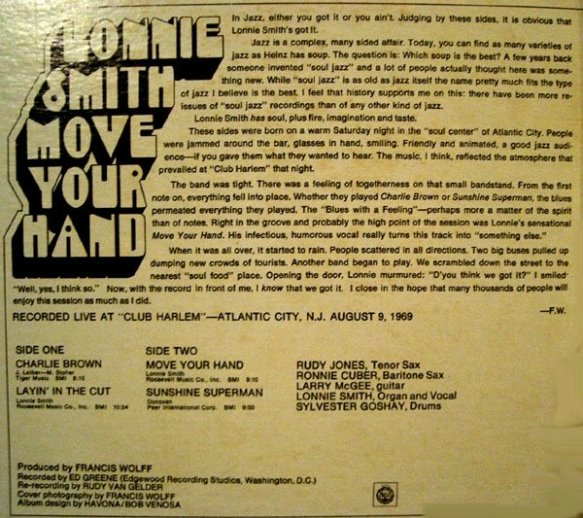 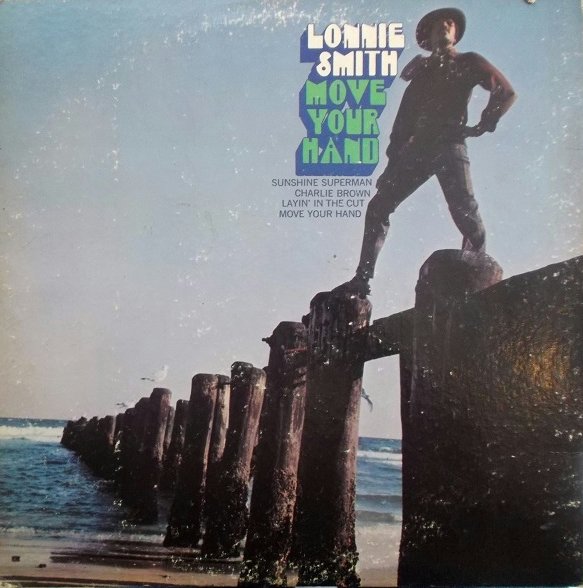