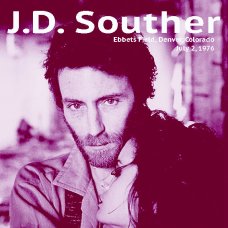 Singer-songwriter JD Souther is probably best known for his well-honed writing abilities, especially in the field of country rock. He co-wrote some of the biggest hits for the Eagles, including Best Of My Love, Victim Of Love, Heartache Tonight, and New Kid in Town.

He wrote Run Like A Thief, which appeared on Home Plate by Bonnie Raitt in 1975. Souther dated Linda Ronstadt briefly, co-produced her Don’t Cry Now album, and wrote songs for several of her multi-platinum albums. (by wikipedia)

“Hanging out in the bar at the Troubadour with Glenn Frey and Jackson Browne and playing open mike Mondays, then opening for Poco and The Flying Burrito Brothers – it was the best study in songwriting I can imagine… It’s also where I met Linda Ronstadt and where Don Henley and Glenn Frey met to form this little country rock band called Eagles that would go on to make musical history.” (jdsouther.net)

Thanks to rzahakos for the CD rip; and to kingrue for sharing the show at The Traders’ Den. 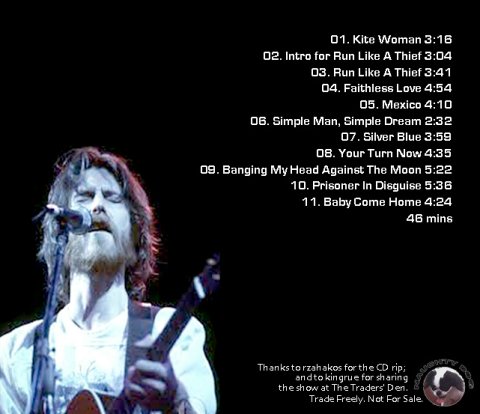 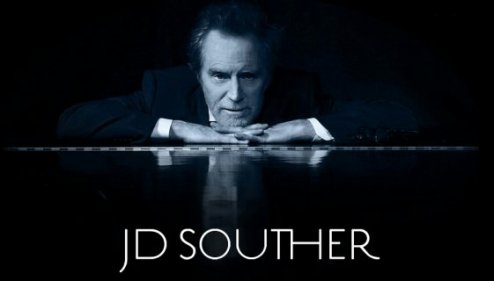 Black Rose is the second album by American singer-songwriter J.D. Souther, released in 1976.

In a review of the album for Rolling Stone, Stephen Holden wrote, “John David Souther’s second solo album benefits from a beautiful, all-star Peter Asher production. More sophisticated than either his first album or the two Souther-Hillman-Furay albums, Black Rose underscores Souther’s melodic writing, his strongest point, with some genuinely innovative arrangements by David Campbell, the classically trained musician who scored “Prisoner in Disguise” for Linda Ronstadt. “Silver Blue,” much of which Campbell has scored as a duet for voice and plucked double pass and violas, is a starkly arresting production, while setting “Faithless Love” into a semiformal piece for voice, acoustic guitar and chamber ensemble transforms a prettier-than-average country-rock ballad into an eloquent one. “Doors Swing Open,” a complex tune based on ninth and minor sixth chords, boasts an elegantly lush arrangement that both gives it shape and highlights its lovely chromaticism.”

All songs written by J.D. Souther